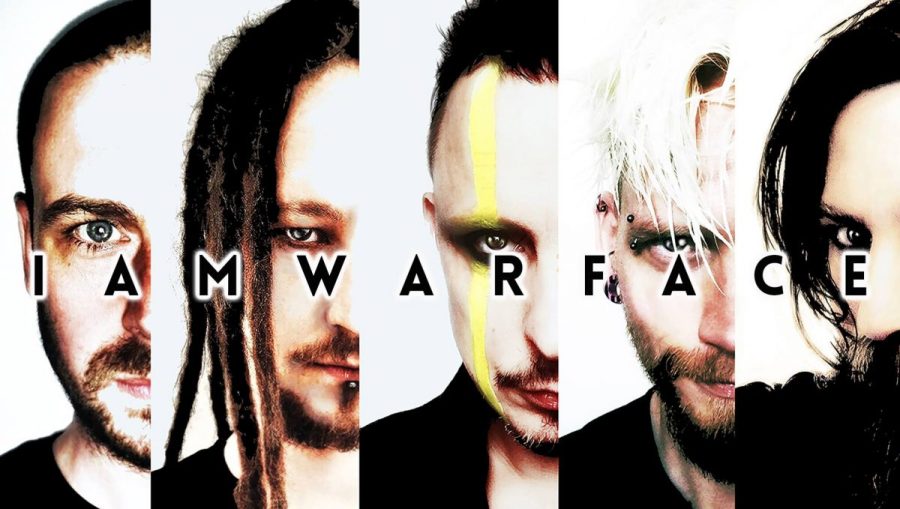 IAMWARFACE is a London, UK-based electro-rock project formed by singer/songwriter and producer Matt Warneford in 2016. Though they’ve released only a handful of songs, they already rank high among my favorite UK bands. Their aggressive name is a fitting metaphor for their bombastic high-energy, groove-based sound – an awesome name for equally awesome music. Besides Warneford, the current line-up of band members include Lou Matthews (guitars), Tom Howe (DJ synth), Mike Smith (bass) and Adam Stanley (drums). Their sound is influenced by many peers such as Depeche Mode, Gary Numan, Kasabian, Muse, Big Black Delta, Nero, Queens of the Stone Age, Tears For Fears, Yeah Yeah Yeahs, Black Keys and MGMT – all artists & bands that I also happen to love. 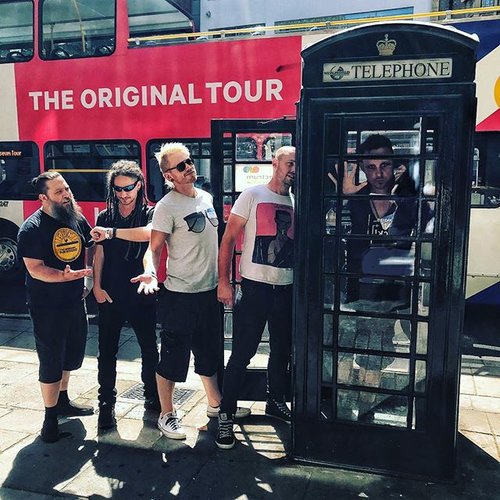 IAMWARFACE released their debut single “Say My Name” in 2016, a phenomenal track that literally left me speechless the first time I heard it. In my review of the song, I likened the effect to being “hit by an atomic blast of music greatness.” I loved it so much it ended up at #14 on my Top 100 Best Songs of 2016. This past February, they released another fantastic single “You Don’t Love Me Anymore,” and today, Friday the 13th of July, they drop their latest single “Closer,” and once again, I’m completely blown away!

The track opens with a mysterious throbbing synth chord that slowly builds into a stunning and dramatic soundscape that envelops us as Warneford implores to someone with whom he seems to have an obsessive and destructive relationship:

With that, the music explodes into a maelstrom of tortured but gorgeous wailing synths, fuzzy guitars, buzz-saw bass, and thunderous percussion, punctuated by almost violently crashing cymbals that emphasize the feelings of desolation expressed in the bitter lyrics. Warneford’s passionate vocals seem filled with despair and resignation over a love affair that now lies in tatters. “Feel I’m walking on shattered glass. This romance just has to end, to reset, erase, begin again.”

My body is covered from head to toe with chills by song’s end, as I sit dumbfounded by the fierce beauty and power of this monumental track. IAMWARFACE continues to astonish with their superb skill for creating incredible high-caliber, epic-sounding music, and I can’t wait to hear more from them!

Those of you in the UK can see IAMWARFACE live at one of these upcoming shows: