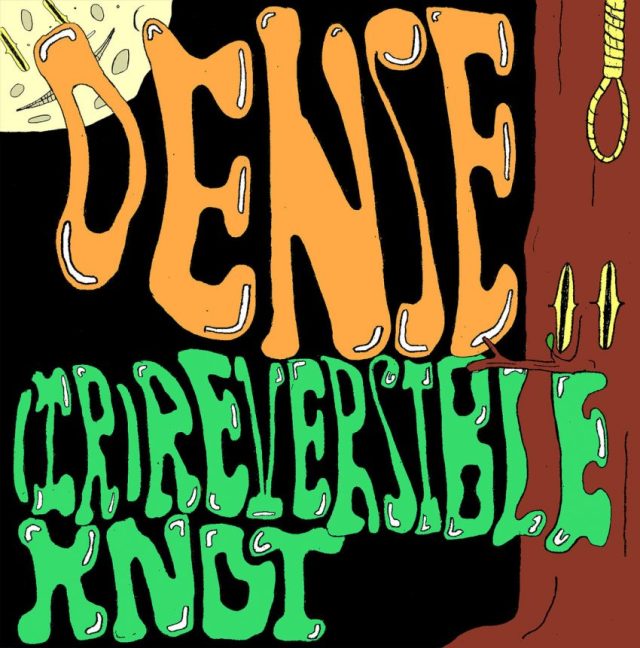 DENSE is an awesomely talented psychedelic garage rock band hailing from Leeds, England. In March 2017 they released a mind-blowing debut EP Third Eye, which I reviewed and you can read here. They’ve now returned with a new single “Irreversible Knot,” and it’s fantastic.

Their unique psychedelic garage rock sound is at once retro and futuristic. They claim as their inspiration such bands as Wand, King Gizzard and The Lizard Wizard and Queens of the Stone Age, but I also detect hints of 60’s Yardbirds and early 80’s Billy Idol. If I had to put a label on their music style, it would be ‘industrial surfer metal rock.’ DENSE consists of Charlie Fossick (Guitar/Vocals),  Dylan Metcalf (Bass) and Sam Heffer (Drums). Charlie also produces, mixes and masters their music. Despite their youth, their intense music style exhibits an impressive maturity and density – implied by their name, perhaps? – that would be expected from a more seasoned band. Of course, based on the photo below, they still retain a playful sense of humor that would be expected from a group of young guys. 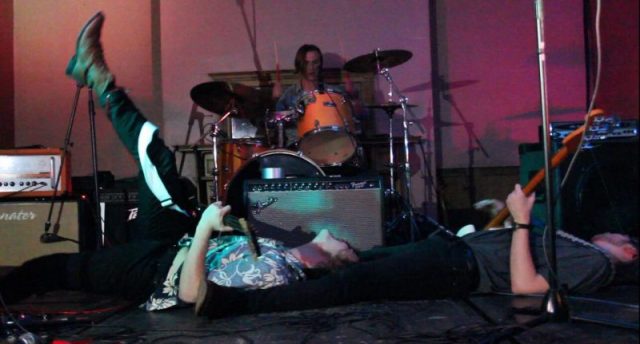 Halfway through the track, things calm down to just echoed synths and throbbing bass, then with a scream from Charlie, a cacophony of distortion comes crashing back like a tsunami wave. A second lull occurs three quarters of the way through, with a final return of heavy chaotic sounds. This back and forth ramps up the song’s tension to the breaking point, clearly with the aim of tying us into irreversible knots. The track is so delicious that, even at over four minutes long it seems over in an instant, leaving me craving more.