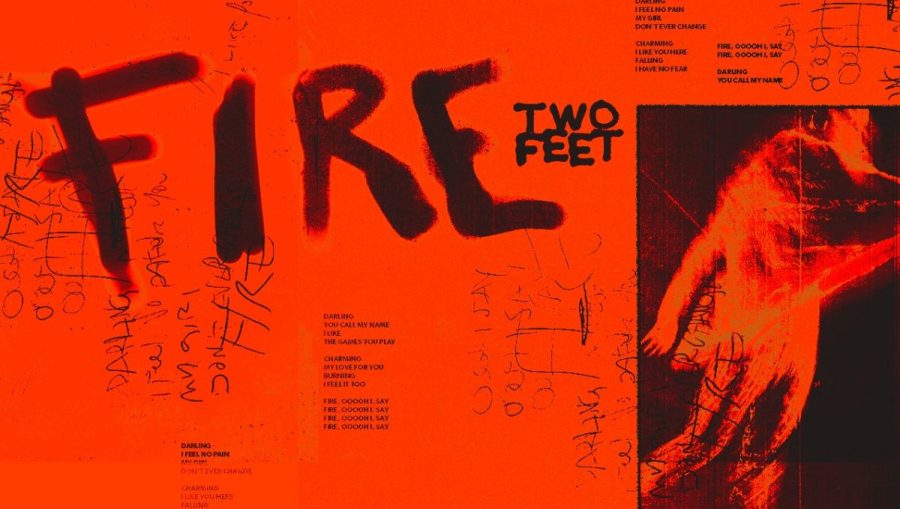 At the end of a week that saw one of the darkest days in recent American history, Two Feet goes and drops a fantastic new single “Fire“, bringing some badly-needed light and joy into the lives of his many fans. I think it’s one of his best songs yet – which is saying a lot – and I’ve chosen it as my New Song of the Week.

Beginning with the release of his breakout single “Go Fuck Yourself” in 2016, the Brooklyn, New York-based singer-songwriter and guitarist has been on a creative roll, releasing several singles, including his #1 hit “I Feel Like I’m Drowning” in 2018, and two outstanding albums, the most of recent of which was last year’s Pink (you can read my review here). He’s become my favorite artist, and I love every single piece of music he’s released. Since that album’s release, Two Feet has dropped three singles – “Think I’m Crazy”, which is currently enjoying a long run on my Weekly Top 30, “Time Fades Away”, and now “Fire”, which dropped today, January 8th.

I’ve stated previously that many of his songs are slow burns, and that’s certainly the case with “Fire”. The song has a sensuous and smoldering deep bass groove that sounds like a slowed-down version of “Every Breath You Take” by The Police – one of my all-time favorite songs. Two Feet and his trusted keyboardist/programmer Geoffrey Hufford (aka Huff) layer bluesy guitars and gorgeous sultry synths to create an almost cinematic soundscape that soars to a scorching crescendo befitting the song’s title. Two Feet sings in a much higher octave here than usual, with an almost breathy, yet impassioned falsetto as he croons to a lover of his intense ardor: “Darling, You call my name / I like the games you play / Charming, My love for you / Burning, I feel it too.” I love it!