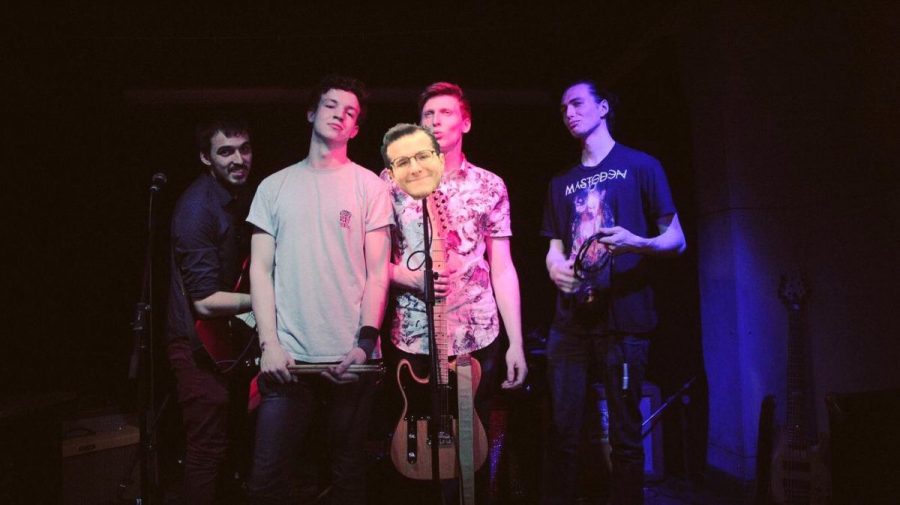 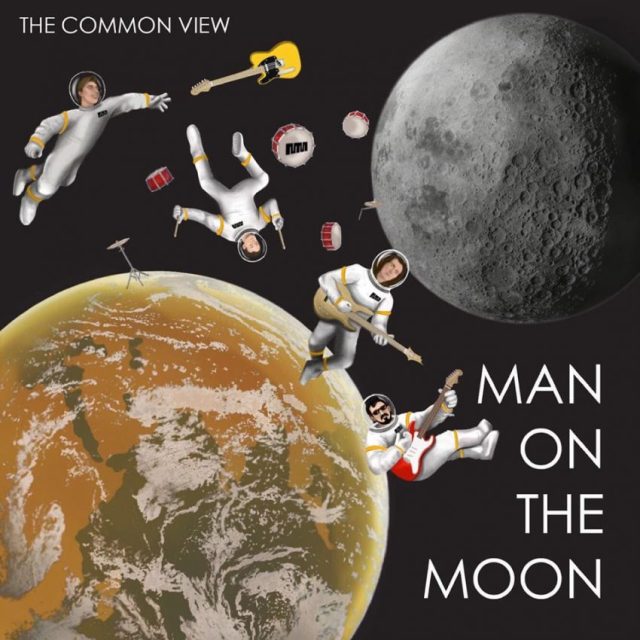 Early this year, I featured young British alt-rock band The Common View on this blog after learning about them and becoming impressed by both their outstanding music and outspoken advocacy for social justice. Formed in 2018, the Leeds four-piece consists of Dom Robertson (guitar, vocals), Jose Ignacio Barrera (guitar), Jacob Lindsay (drums, vocals) and Joe Sykes (bass). (After recording their latest EP, Jacob took a hiatus from the band to study abroad for seven months, and has been temporarily replaced on drums by Venezuelan native Marco La Fata, who may remain with the band long-term).

They released their self-titled debut EP The Common View, Vol. 1 in December 2018, then quickly followed with a provocative single “Fuck Them”, a scathing critique of the failure of British society and the government to adequately address the chronic issues of health care, poverty and homelessness. In May of this year, they released their single “A Perfect Bridge” (which I reviewed), then followed up with the stunning Coldplay-esque “The End of Time” in July.  Now the prolific guys are back with a wonderful new EP Man on the Moon, which dropped October 7.

True to their passion for writing and recording topical, socially relevant songs, the title track “Man on the Moon” speaks to the issue of climate change. They drive their message home with a dramatic and gorgeous soundscape of chiming and jangly guitars, accompanied by swirling synths, a deep, throbbing bass line and crisp percussion. The arrangement and production values are superb, and I think this is one of their finest songs yet. I really love Jacob’s vocals, and here he fervently makes his case for standing up to the empty rhetoric of many politicians and climate change deniers and doing what each of us can to affect meaningful change.

Hey, we need to talk
I’m getting tired of politicians and their speeches and their forked tongues
They put a man on the moon
But now they’re blinded by the money from the gasses filling our lungs
Stand your ground, as you turn it upside down
Let the tide roll in as a solid rain
And don’t mind me
I’m just another one who’s nobody
But I’ll just do my best to make a change

“Annabelle” is a delightfully rousing, guitar-driven head banger, and a further testament to these guys’ incredible musicianship. Dom and Jose slice through the airwaves with an exuberant mix of jagged and swirling riffs, while Joe and Jacob keep the hard-hitting rhythms pumping at full throttle. If this track doesn’t get you going, then you must be dead! The lyrics speak to a woman named Annabelle who’s driving him crazy with her teasing and indifference, making him fall for her but withholding her affections. It’s a misery many of us have experienced at one time or another.

The third track “What Can I Say?” delivers more of the band’s signature driving melodies and mind-blowing guitar work. The chiming guitars in the bridge are absolutely breathtaking, leaving me dumbstruck by their beauty. The song is about a relationship that’s beyond repair, and Jacob laments of the hurt and betrayal he feels:

I used to think that it was all okay
But, if you are gonna treat me in that way
You got another thing coming girl
You’re not the only person in this world
So stop, cut the shit and let me find my way
Feel like I’m living in a dream
With all the shit that I’ve seen
Who ever knew it could get that dark?

Even with only three tracks, Man on the Moon is a spectacular little EP. I’ve stated it before, but it bears repeating that there’s nothing common about The Common View, as these guys are phenomenal songwriters and musicians. I’ve loved every single track they’ve released, and these three rank high among their collection.

Catch The Common View at one of these upcoming shows:

The cool artwork for the EP was designed by Rachel Wilcox.

One thought on “THE COMMON VIEW – EP Review: “Man on the Moon””