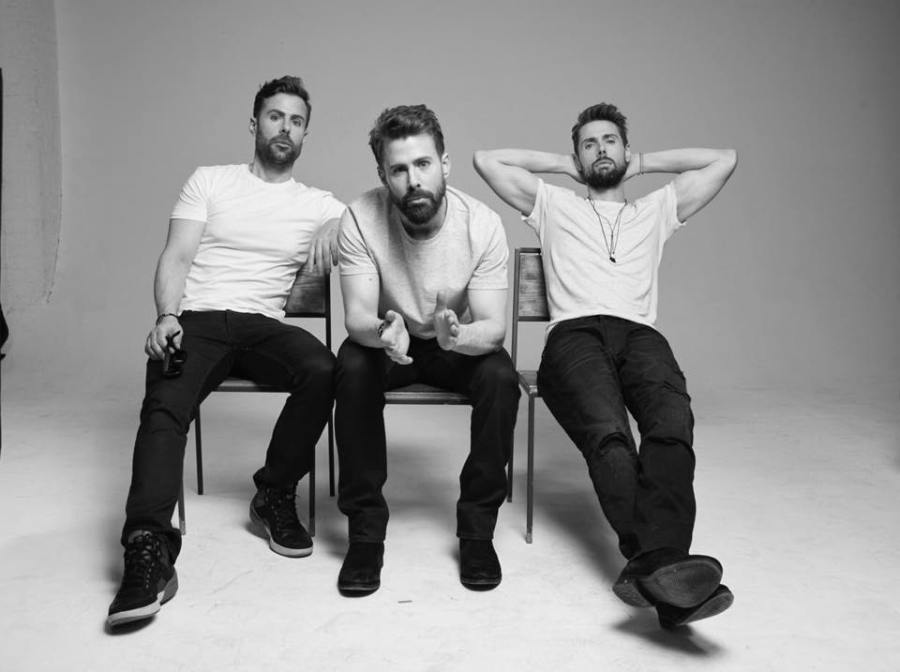 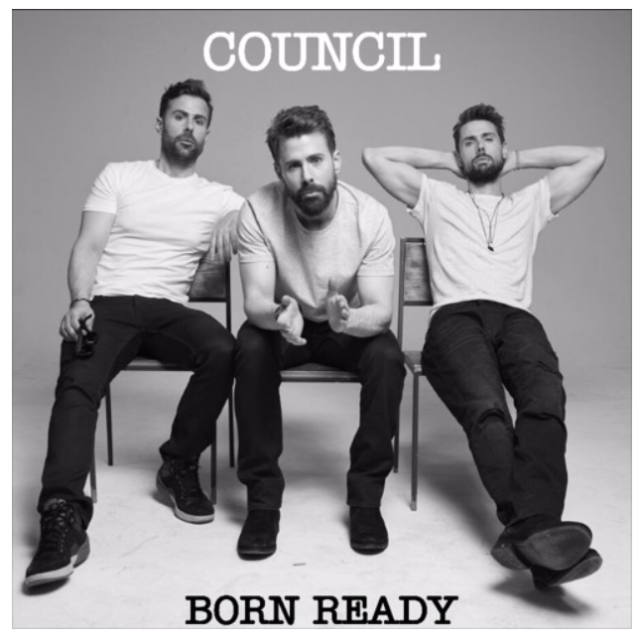 New York alternative rock band COUNCIL are an act I’ve been following for over three years, and it’s been gratifying to watch their star rise (I hope they’ll still remember me when they get huge). With their sweeping melodies, bold instrumentation and anthemic choruses, COUNCIL’s dynamic sound has been compared to Imagine Dragons. I first featured them back in September 2016 when I reviewed their debut EP Rust to Gold, and they’ve been on an upward trajectory ever since. Their magnificent life-affirming lead single “Rust to Gold” received worldwide acclaim, including being played at the opening ceremonies of the 2018 Winter Olympics and the FIFA World Cup, as well as on American Idol, So You Think You Can Dance, World Of Dance and Premier League. It’s been streamed more than 4 million times on Spotify, and ended up on my list of 100 Best Songs of 2017.

COUNCIL is comprised of three strikingly handsome brothers – Patrick, Doug and Andy Reeves. Patrick (bass and lead vocals) and Doug (drums) are twins, and Andy (guitar) is a year younger. Originally raised on a farm in rural upstate New York, they now split their time between tending the family farm and working on their music in New York City. The guys followed “Rust to Gold” with another great single “The World is on Fire” in July 2017, which I also reviewed, and now return with their first new single in nearly two years, “Born Ready“, which drops June 21st.

Like many of their songs, “Born Ready” is a powerful, uplifting anthem. Musically, however, it’s a bit of a departure for them, with a darker, more synth-heavy sound. It opens with an ominous bass-heavy horn synth as the guys chant “Born ready, born ready…oh oh oh, oh oh oh!“, which is then followed by a high-pitched electronically-altered vocal chorus repeatedly wailing “Born ready, born ready“, giving the track an otherworldly feel. As the moody synths swirl, somber piano keys, wobbly bass and thunderous drums enter the mix. Patrick fervently sings “I was born with a storm inside me. Hurricane full of rage set me free. Try to pray but the devil he finds me. Someone lift me up, someone lift me up./ On the run, here it comes.” Then all three brothers sing the soaring chorus “I was born ready, born ready. Oh oh oh, oh oh oh!”

Doug told me the lyrics were written from the perspective of a person who comes to terms with who they are, realizing that instead of allowing themself to be beaten up by the world, they have to acknowledge they were always “born ready” to empower themself to rise up and face all the shit the world throws at them. Although I don’t think “Born Ready” is quite as strong a single as “Rust to Gold”, I really like its dark, anthemic melody and edgier, synth-heavy vibe. And, as with all their songs, the production values, instrumentation and vocals are first-rate. I also like that COUNCIL is experimenting with their music and trying new sounds and styles, and can’t wait to hear what they come up with next.

COUNCIL will be appearing with The Strumbellas on Saturday, June 29 at Sharkey’s in Liverpool, New York. Order tickets by clicking here.