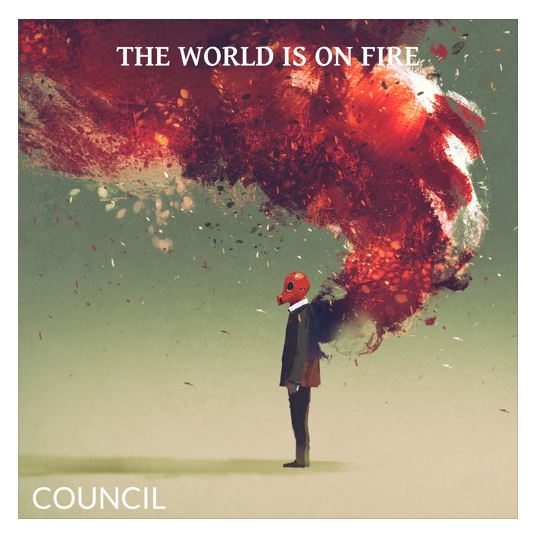 Alternative pop/rock band COUNCIL has been on an upward trajectory since the release of their debut EP Rust to Gold in November 2016 (which I reviewed and you can read here). Based in rural upstate New York, the band consists of three handsome brothers –Patrick, Doug and Andy Reeves.  Patrick (bass and lead vocals) and Doug (drums) are twins, and Andy (guitar) is a year younger, and I think it’s awesome that all three are talented musicians who’ve chosen to work together as a band, not to mention humble guys who are kind, gracious and appreciative of their fans. 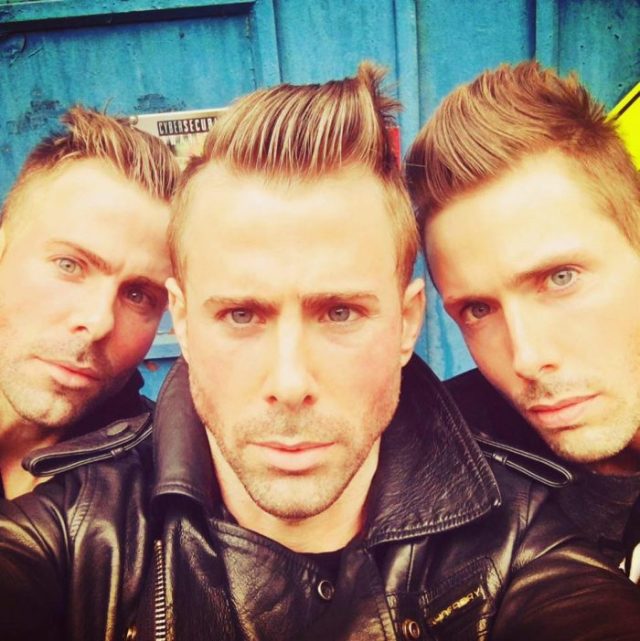 Rust to Gold, which was self released, has been wildly successful, garnering over 2.6 million streams in 16 countries on Spotify. The superb lead single “Rust To Gold” spent the most time of any song on Apple’s prestigious A-List Alternative Chart this year. It also spent 14 weeks on my Weekly Top 20, peaking at #7. The guys have now dropped their new single “The World is on Fire,” and it’s certain to be another big hit. The single’s being released through AWAL and Tom Sarig’s AntiFragile Records, and was produced by Justin Gray (Dirty Heads, John Legend), and mixed by Mark Needham (The Killers, Imagine Dragons).

“The World is on Fire” is an exuberant anthem that immediately grabs hold with a catchy, irresistible melody. The track kicks off with a galloping drumbeat and fuzzy synths that quickly build to a crescendo, before blasting open with Andy’s aggressive jangly guitar, Patrick’s heavy buzzing bass, and Doug pounding out the hard-driving beat with all the strength he can muster. Andy lays down some pretty awesome riffs, and there are moments where Patrick’s bass comes close to blowing the speakers.

With his impassioned vocals, Patrick sings about letting go of our lust and greed that threatens to destroy mankind, and learning to accept what’s really important and meaningful in our lives: “The world is on fire./I’ve seen enough, the violent birth of our souls. I’ve seen the lust, and I know it’s time to let it go./ Sometimes less is more than you’ll ever need. Love is like a war, but you better be sure where you place your desires.”

The guys keep the energy level at full throttle from start to finish, and I love their soaring harmonic choruses. Hell, I love everything about this fantastic song that gets better with each listen!

3 thoughts on “COUNCIL – Single Review: “The World is on Fire””