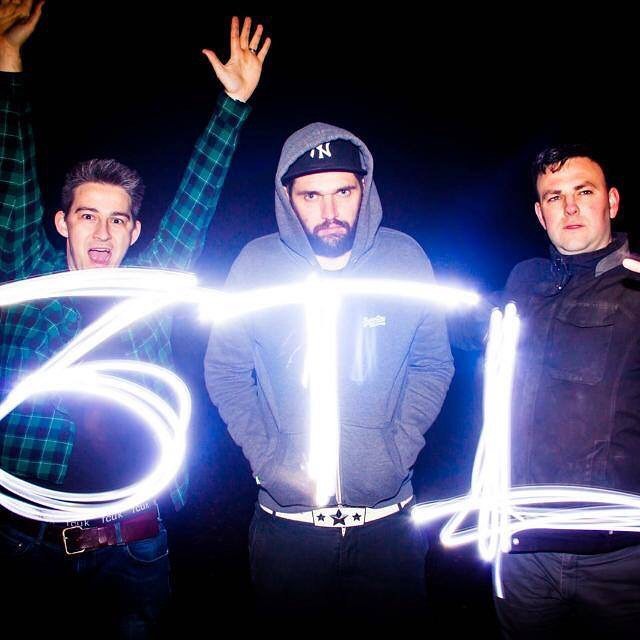 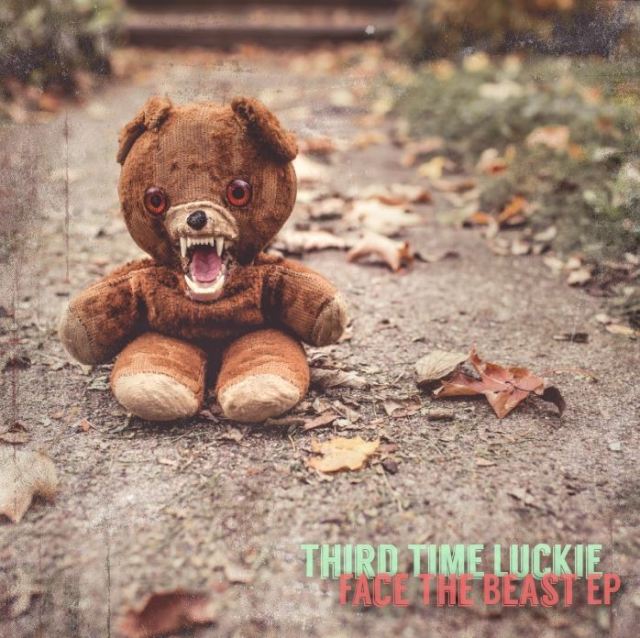 A month ago I featured British alternative pop/punk band Third Time Luckie on this blog when I reviewed their beautiful single “Love and Violence”. They’ve now dropped a new EP Face the Beast, which I have the pleasure of reviewing today. Originally formed in 2006, the band had early success, releasing two EPs and an album, but eventually disbanded in 2014. Fortunately for us, founding members Chris Horner (guitar & vocals) and Carl Swietlik (drums) decided to give it another go, and Third Time Luckie was reborn an older and wiser trio in late 2016 with a new bassist Andy Clare. Based in the southern England resort town of Bognor Regis, Sussex, the band’s high-energy style of melodic pop/punk rock is strongly influenced by some of their favorite bands like Blink-182, Green Day, Alkaline Trio and Sum 41.

Face the Beast features five stellar tracks, including “Love and Violence” and some other previously released songs. Green Day’s influence can clearly be heard on the first cut “The Grind“, with a frantic riff that’s strikingly similar to the main riff in “American Idiot”. The guys follow through with more electrifying guitar solos of their own, along with a driving bass line and thunderous drums that make for an exhilarating song. The lyrics speak to escaping a soul-crushing rut in a boring town, and making a change for the better: “And so, we all stick to the grind. And so, something gets left behind. Go do what you like, cause my mind’s made up now. And so, fuck you, I’m leaving this town.”

“That Day” is a reworking of a song the band originally recorded back in 2008. The upbeat song is a rousing pop/punk ode to a woman he loves, recalling the day he met her: “I remember that day so clearly. It’s stuck down in my head. I get the warmest feeling lying next to you in bed. The grass is always greener when you are around.” The anthemic “Never Alone” is a song of encouragement to someone suffering from depression. Chris does some fine shredding on his six-string as he fervently sings: “You found your way, your way back to our lives. You found your way, your way back to our hearts. All the while you were lost in the smoke. We were there too, and you were never alone. / You can push back and fight it. Or face the beast and ignite it.” Andy and Carl keep the rhythm with a solid bass line and a cascade of tumultuous percussion.

The poignant “Love and Violence” is a plea from one partner in a fraying relationship to another, urging her to stay with him and try to work out their problems. The words “love and violence” represent the highs and lows – the good times and bad – of a relationship. “Stay with me now cause I know we’re forever. And evermore it’s you and I in love and violence.” The guitar work is fantastic, and Chris’s pleasing vocals sound great whether he’s earnestly crooning the calmer verses or passionately wailing the dramatic choruses. The guys’ backing vocal harmonies are wonderful too.

The final track “Wide Eyed Thinking” was the first single the reconstituted band released in 2017, and it’s a real banger. The guys let loose here, unleashing a furious barrage of gnarly riffs, wildly crashing cymbals, and chugging bass. The song’s only two and a half minutes long, but it’s a beast. The lyrics speak to finally coming to terms with the reality of a toxic relationship that’s beyond repair: “Nothing I did was ever good enough for her. Wide eyed thinking, how can I get away? This ship is sinking, and I’ve been led astray from you. Now I sing a different tune.”

Face the Beast is a terrific little EP that showcases the strong songwriting and musicianship of Third Time Luckie. I’m impressed by these guys’ resilience, as well as their dedication to excellence, and I hope they continue making more great music for our listening enjoyment.