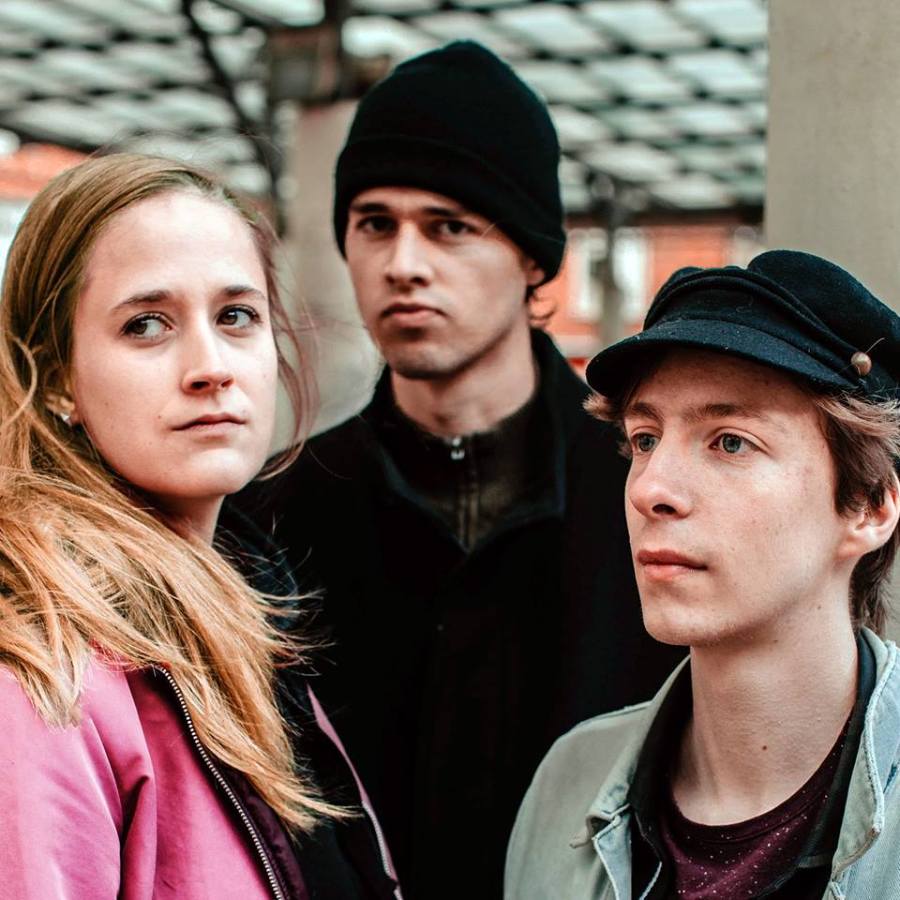 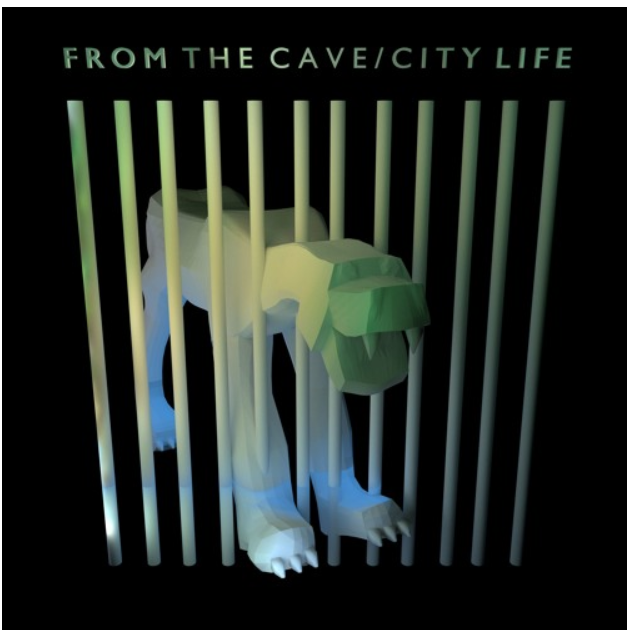 As I’ve noted previously in other posts, one of the best things about being a music blogger is getting to know a lot of really wonderful artists and bands. One of my favorite indie bands is London-based alternative rock outfit From the Cave. With a singularly unique and eclectic sound drawing from a broad range of influences, including punk, pop, shoegaze, blues, funk and ethnic folk, they have a distinctive sound like no other band I’m aware of. I love their music, and have featured them on this blog several times over the past few years. They’ve previously released two EPs, their self-titled debut From the Cave in 2016, and Medieval two years later, which I reviewed last September. Now they return with their third EP City Life, which drops on 30 April, and which I’m pleased to introduce to my readers.

Comprising From the Cave are the wildly creative front man Kristian Møller-Munar, who plays guitar and sings most lead vocals, Mikaela Lindgren on vocals, keys and percussion, and Joshua Scriven on guitar and vocals. Each of them is a major talent in their own right, actively involved in all aspects of the creation of their music, including songwriting, playing instruments and singing, and as they continue to mature, so too does their music. As its title suggests, the songs on their new EP have an edgier, more sophisticated vibe, and deal mostly with topics that are current and socially relevant. City Life was written and produced by the band, and expertly mastered by Tim Debney. The songwriting, instrumentation and arrangements are all superb, sounding better than ever, and all three band members’ vocals and harmonies are marvelous.

The first track “Get a Life” is a scathing take down of someone who’s always complaining and whining, yet doing nothing to solve any of their problems, and you’ve had just about all you can take of their bullshit.

It’s just mind games and control
It’s just plain dumb lack of soul
Get a backbone, get a grip
Your self-importance makes me sick
Get a life! (Cause I’m really fucking tired of your shit though)

Besides the great, brutally direct lyrics, the song’s really interesting from a musically standpoint too, with a catchy, trap-like beat and an exotic Eastern European folk vibe in the chorus. The spacey synths and jangly guitars are great, and I love Kristian’s deep vocals with his Danish accent, backed by the all three members’ harmonizing choruses. The clever and colorful animated video was created by Kristian, who does a fantastic job on all their videos.

“Freedom” seems to suggest that freedom comes with a price, enabling us to fall victim to our darker instincts. The song starts off on a fairly light air with a funky beat, but eventually turns more menacing, with sinister synths and a harsh, almost foreboding drumbeat. As always, the guitar work is brilliant.

“Have a Nice One” really showcases From the Cave’s impressive musicianship, with an enchanting strummed mandolin taking a starring role, and once again, their vocal harmonies are absolutely sublime. The positive song lyrics advise us to not beat our heads against the wall trying to change things over which we have no control, and instead just try to enjoy our lives:

Don’t worry about the things you can’t change anyway
They float as they like, and then they go away
Don’t try to fix anything
Have a nice one, have a nice one

The band changes things up a bit with “City Lights“, a gorgeous and sultry song that’s my favorite track on the EP. From the opening zing of spacey synth, I love everything about this breathtaking song – the shimmery chiming guitars, ethereal synths, entrancing drumbeat, and most of all, Joshua’s captivating vocals, backed by Kristian & Mikaela’s dreamy backing harmonies. Thought I’m not certain about the song’s meaning, to my mind it seems to celebrate the allure of the city and the romantic spell it casts upon those who surrender themselves to its possibilities.

The rousing, uptempo track “Justice” sees the band taking a political stance, calling for people in our sharply divided society to open their minds to a broader point of view, and try to find common ground so that we can hopefully solve some of the problems plaguing society.

You hate the news and you hate a long a drive
You don’t like the things that will waste your time
You love your mum, and you love your son
You love your dog, and you keep your gun
We’re not alike, we’re still the same
We shouldn’t have to feel ashamed
We feel so wrong, we feel so right
A common ground is worth the fight

Forgiveness is missing
It’s like it’s been beaten to pieces
And the middle, and justice is kicking and kicking
Living for the living, for the living right now

City Life is another fantastic release from this amazingly talented band, and proof that their creativity and musicianship keeps growing ever better and stronger. That makes me very happy, as I hope they continue making music for a long time to come.