I’m back in Norway (having just featured the band Vöödöö) to now shine my spotlight on alternative rock band Lazy Queen. Three months ago I reviewed their brilliant single “Turn From Void,” and am now thrilled to present their provocative new single “Apocalipstick.” The genre and gender-bending band pushes boundaries with their identity and music, and is “for the disenfranchised, the outcasts, the queers, the allies, the feminists, for the pissed off, for the isolated and lonely, the weirdos and the freaks.” Their music is boisterous mix of noise rock, grunge and punk – the sonic equivalent of a car crash, as another writer so eloquently put it.

Lazy Queen was formed in 2013 by Henrik Søberg, who’s Norwegian with Colombian roots and gender fluid, while living in Brooklyn, New York. The band then consisted of Søberg and three American musicians, and they released four singles and the excellent EP Drift to critical praise from both national and international press. Søberg had hoped to settle in New York, but a bureaucratic snafu at the Norwegian embassy forced a return to Norway. Once back in Oslo, Søberg reformed Lazy Queen with Norwegian musicians Jonas Røyeng, Jon Bernhard Hunskaar, Peter Mortensen and Petter Anderdal. 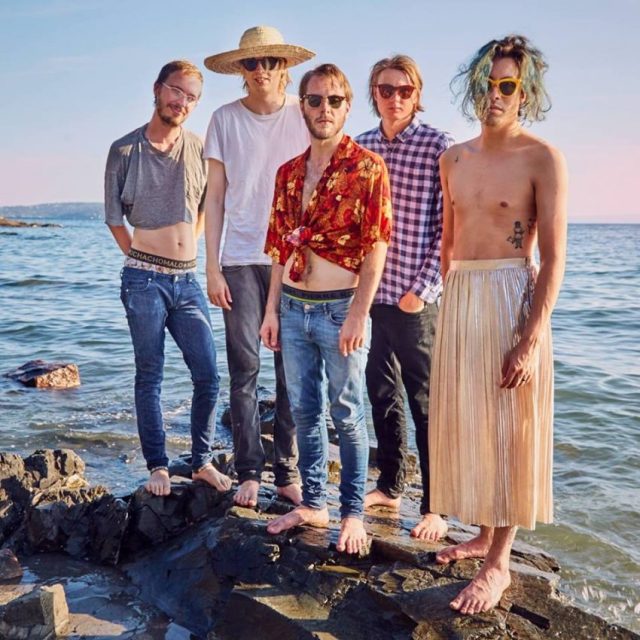 “Apocalipstick” is the second single off their forthcoming EP A Sigh So Deep, and details Søberg’s experiences as an non-binary person. They explain: “Even through society is slowly becoming more aware of the challenges of trans and non-binary people there’s still a long way to go. ‘Apocalipstick’ is a nail polish painted middle finger to any and all transphobes and a big, bearded kiss from a pair of lipstick covered lips to all non-binary and trans folx who fight every day for the right to exist without the threat of murder, violence and discrimination all over the world.”

The song blasts through the gates, instantly slamming us against the wall with a thunderous assault of shredded and distorted guitars, crushing bass and speaker-blowing drums. Søberg fervently sings of both self-empowerment and anger over being negatively judged:

The relentless aural onslaught continues unabated, slashing the airwaves with jagged riffs of ear-splitting distortion and hammering percussion. Søberg ‘s screams can occasionally be heard amidst the cacophony, and despite the intensity of the music, it’s still incredibly melodic. They ultimately express their exasperation over the transphobia they’ve had to endure, defiantly shouting: “You make me feel fucking broken! You think it’s just a fad. I really don’t care. I really don’t!” The band unleashes all the sonic fury they can muster in the last 30 seconds as the track comes to an explosive and dramatic finish, leaving me spent. What a fucking fantastic song!

Take a listen and see if you don’t agree – and be sure to turn the volume all the way up!

Connect with Lazy Queen:  Website / Facebook / Instagram
Stream their music on Soundcloud / Spotify / Apple Music
Purchase on  iTunes and Drift may also be purchased on Bandcamp