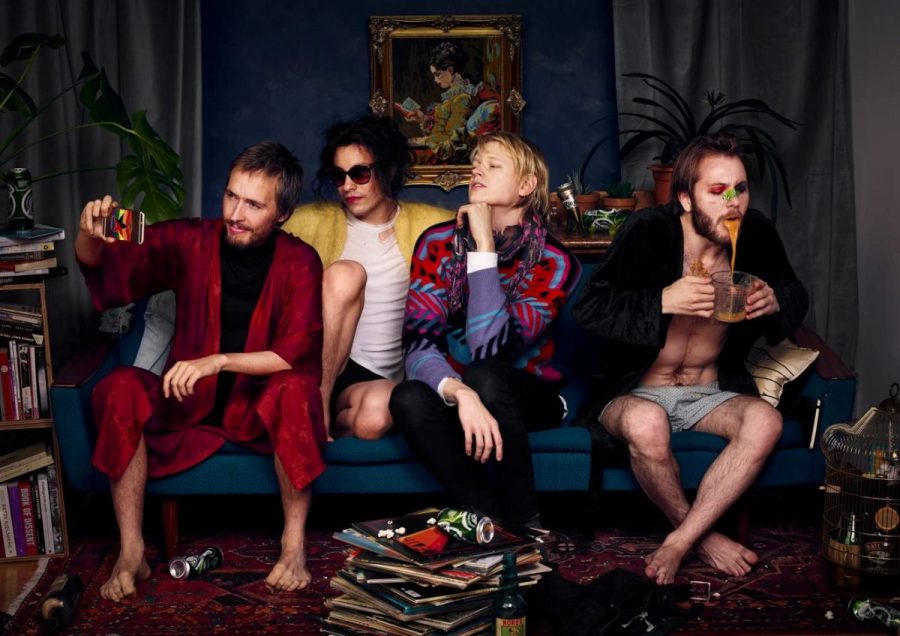 As EclecticMusicLover, I have a special fondness for artists and bands who push boundaries and go outside the proverbial box in the creation of their music and/or identity. So it was my lucky day when I was contacted by Henrik Søberg of Norwegian band Lazy Queen for consideration of their new single “Turn From Void.” In their bio, the band states they “speak for the disenfranchised, the outcasts, the queers, the allies, the feminists, for the pissed off, for the isolated and lonely, the weirdos and the freaks.” Since I fall into several of those categories myself, they’re definitely for me! Their music is a loud and intense mix of noise rock, grunge and punk – the sonic equivalent of a car crash, as someone so eloquently put it.

Lazy Queen was started by Søberg in 2013, who’s Norwegian with Colombian roots and gender fluid, while they were living in Brooklyn, New York. The band then consisted of Søberg and three American musicians, and they released four singles and a fantastic EP Drift to critical praise from both national and international press. They earned a broad following from performing in numerous shows in the New York region, a tour in Puerto Rico, and opening slots for legendary bands such as Psychic TV. Søberg had hoped to settle in New York, but a bureaucratic snafu at the Norwegian embassy forced them to return to Norway.  Upon returning to Oslo, Søberg reformed Lazy Queen with Norwegian musicians Jonas Røyeng, Jon Bernhard Hunskaar, Peter Mortensen and Petter Anderdal. They’re now recording songs for a forthcoming EP or album, and “Turn From Void” is the first single.

The song is brilliant, with numerous melodic change-ups that keep us in a near-constant state of surprise. There’s a lot going on, and it took several listens for me to fully digest this complex track. It starts off with a little acoustic guitar riff, then Søberg begins singing “Take what you need, and leave the rest to me.” A heavy drumbeat soon kicks in, along with gnarly guitars and a humming bass line that take the song deep into grunge territory.

The guitar riff that appears in the chorus is absolutely captivating and so damn good! Søberg’s vocals grow more passionate and raw as the music swells, backed by a vocal harmonies that bringing goosebumps. Suddenly, we’re hit with a wild punk rock flourish of frenzied guitars and thunderous percussion, while Søberg wails at the top of his lungs. Just as quickly, things calm back down to the same acoustic riff and gentle vocals we heard at the opening, until the song ends with a massive crash of guitar chord and cymbal. Wow, what an awesome track! I cannot wait to hear what new songs Lazy Queen will throw at our ears.

Connect with Lazy Queen:  Website / Facebook / Instagram
Stream their music on Soundcloud / Spotify / Apple Music
Purchase on  iTunes, and Drift may also be purchased on Bandcamp

One thought on “LAZY QUEEN – Single Review: “Turn From Void””