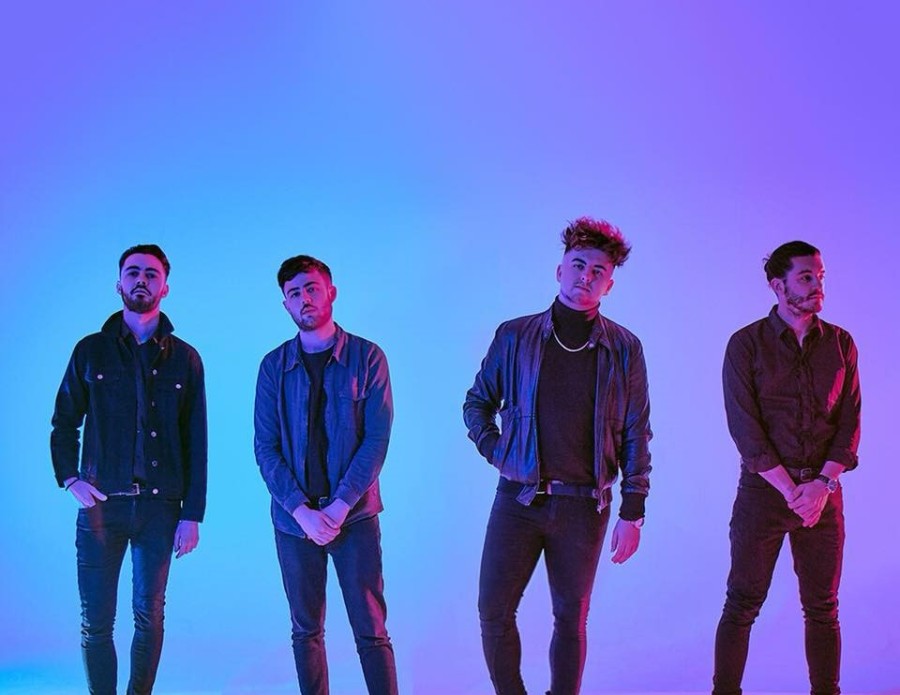 Hanover is an electronic pop band based in Liverpool, UK that I had the pleasure of discovering through Tom Taylor, drummer for fellow Liverpudlians Wide Eyed Boy (who I’ve featured several times on this blog). Hanover consists of Calan Nickle, Joel James, Dan Hancox and James Rookyard. They’re quickly building a name for themselves in the Liverpool music scene, having opened for such bands as Saint Motel, Peace and Saint PHNX, and getting airplay on BBC Merseyside. In late May, they released their debut single “Saw You Alone,” a beautifully-crafted track that sets a high bar for the four-piece.

It’s an uptempo, synth-driven song with a captivating melody and pulsating beat that compels your body to sway to the music. The sparkling electronic synths are really lovely, but there’s a hint of sadness too, reflecting the bittersweet lyrics that speak of seeing an old flame and having all the feelings you once had for them come flooding back, hoping that love might perhaps be rekindled again and you can make another go of things. Calan has a smooth vocal style that’s incredibly pleasing, and sings with a subtle vulnerability that conveys the poignant emotions expressed in the lyrics, without becoming maudlin. It’s a terrific song and a fine debut for this promising band, and I’m eager to hear more from them soon!

Hanover will be appearing with Wide Eyed Boy and Milpool on Thursday, July 26 at Buyers Club, Liverpool