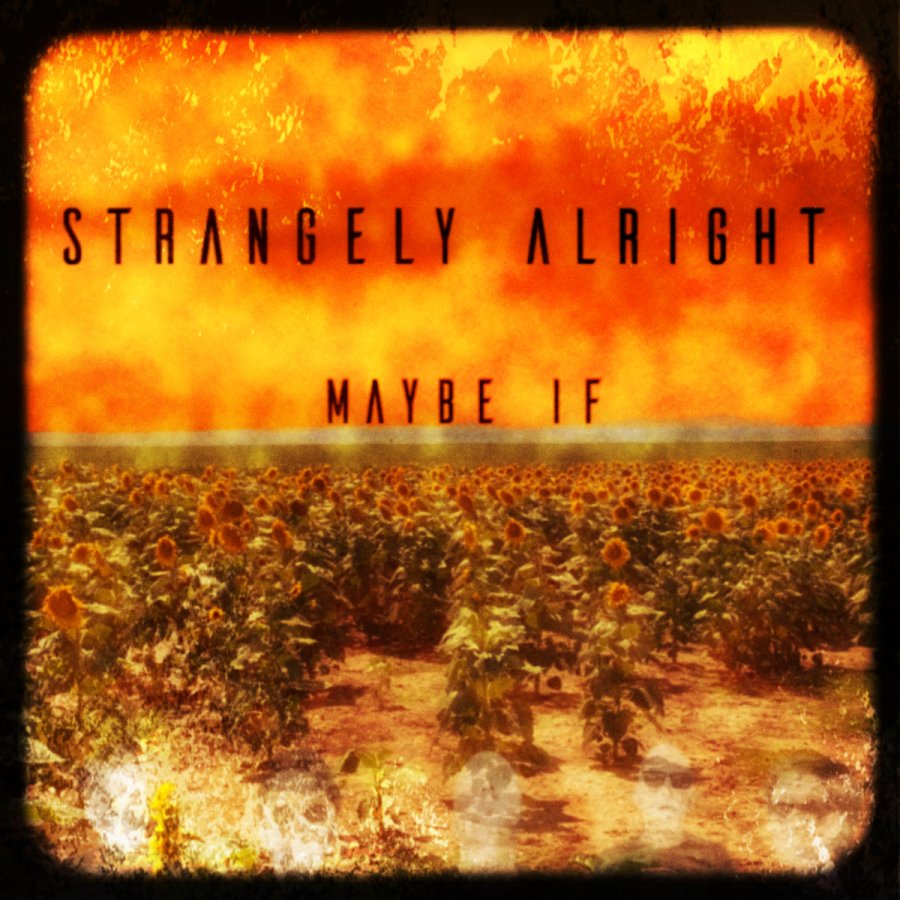 Strangely Alright is a wonderful and wildly-entertaining psychedelic-punk rock band based in Seattle-Tacoma, Washington. Referring to themselves as an “Eclectic Traveling Minstrel Magic Music Medicine Show”, they’ve built a loyal following not only through their great music, but also for the positive messages of humanity, love, kindness and acceptance in their songs. Their quirky and unique style of punk-infused rock is inspired by such iconic British artists as David Bowie, T.Rex, Pink Floyd, the Jam, Suede, the Buzzcocks and Supergrass. The band is fronted by Regan Lane, who does much of the songwriting and sings lead vocals, Sean Van Dommelen (lead guitar, backing vocals), Ken Schaff (bass), Raymond Hayden (keyboards, backing vocals) and Jason Bair (drums).

They’ve released a number of recordings over the past several years, including their debut album The Time Machine is Broken in 2013, as well as a compilation album All of Us Are Strange (The Singles) and an EP Stuff, both of which were released in 2018. Since then, they’ve dropped a number of terrific singles, one of them the brilliant and trippy “Psych Film”, which has been streamed nearly 75,000 times on Spotify. The song has also spent the past four months on my Weekly Top 30 list, peaking at #4. (You can read my reviews of Stuff and “Psych Film” by clicking on the links under “Related” at the end of this post.)

Now Strangely Alright returns with their marvelous new single “Maybe If“, a beautiful song of hope, love and gratitude. About the song’s message, the band states “In a world of pointing fingers, we have decided to look inside for the answers. And let’s be kind! It matters in ways we often never see.” Running nearly eight minutes long, the song has an epic, otherworldly feel reminiscent of some of Pink Floyd’s music. The intricate guitar work is fantastic, alternating between jangly, chiming and grungy textures, and accompanied by sparkling piano keys, measured percussion, and a colorful mix of spacey and sweeping orchestral synths. It all comes together beautifully to create a dreamy cinematic backdrop for Regan’s wonderful Bowie-esque vocals.

Strangely Alright hit the ball out of the park yet again with “Maybe If”, further cementing their reputation for putting out stellar tunes with the power to both dazzle our senses and stir our souls.