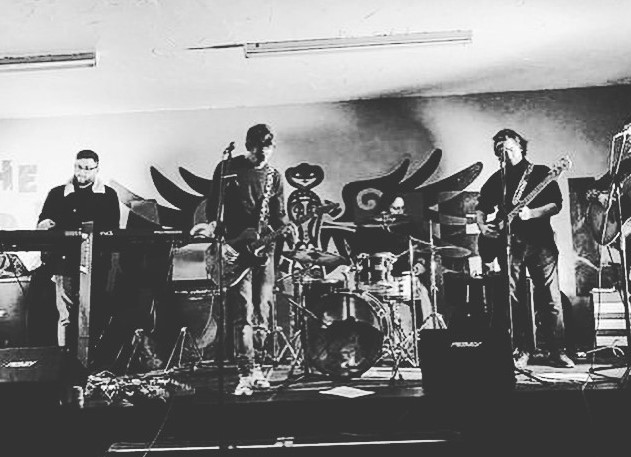 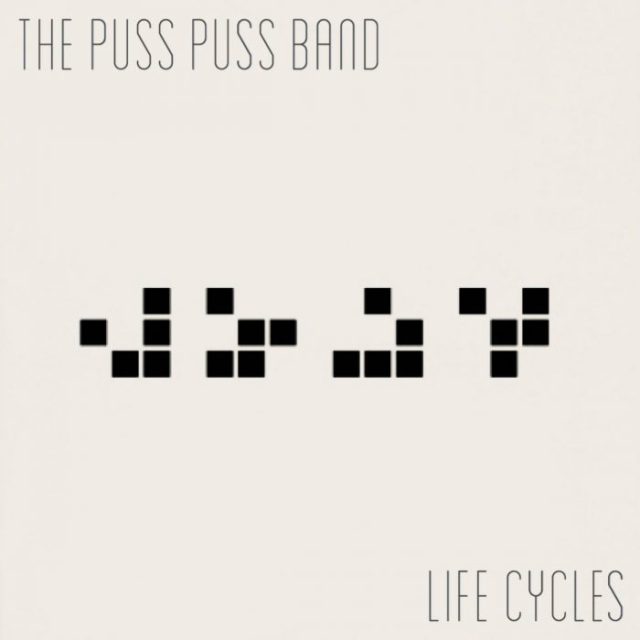 There’s a lot of musical talent in Wales, and I’ve written about several artists and bands from that fair British Isles nation: David Oakes, Dying Habit, Revolution Rabbit Deluxe, GG Fearn, Dunkie, Head Noise and, most recently, Kidsmoke. Another Welsh act I’m especially fond of is The Puss Puss Band, who I’ve featured a few times on this blog over the past four years. Based in Cardiff, they started out as a duo consisting of multi-instrumentalists Asa Galeozzie and Lee Pugh (the band is named for Asa’s cat Puss Puss). Both are accomplished musicians who’ve worked with numerous artists and bands in the UK and Welsh music industry for nearly 15 years as writers & session musicians. Asa plays guitar, bass, percussion, piano and melodica, while Lee plays lead guitar, bass and piano, as well as sings lead vocals. Their relaxed music style is a pleasing mix of jazz and folk-infused indie pop that just makes you feel good.

In April 2017, with help from seasoned musician and producer John ‘Rabbit’ Bundrick (who’s best known for his work with The Who, as well as on the soundtracks for the films The Rocky Horror Picture Show and Almost Famous), the guys released their beautiful debut album Echoes Across the Cruel Sea. (I reviewed that album along with an interview with Lee, which you can read here.) On July 3rd, they dropped their second album Life Cycles, featuring ten wonderful tracks addressing the subjects of life, love, loss and the passage of time. Once again, the recordings were all written, arranged, performed and engineered by Asa, Lee and Rabbit. Post-production, mixing and mastering was done by Richard Digby Smith at TQ1 Studios. The Puss Puss Band has now expanded to include six members, including Asa, Lee, Steven Stanley, Joel Rees, Luke Moore, and Nigel Hodge. Only Nigel is featured on the new album, as he played flute and alto sax on the track “Losing The Rain”.

The opening track “We Should Be” is a bittersweet song about missing someone you’d had a love affair with who now seems to have lost her feelings for you, and wishing she was back in love with you so you could be together. Gently strummed guitars, crisp percussion and delicate synths create a warm backdrop for Lee’s soothing, breathy vocals that convey a sense of sad resignation as he sings the poignant lyrics “The way you see the world is just the same. It’s just the way you feel about me that’s changed. But we should be…. We should be in love.”

The delightful video shows a man in a cat suit (played by Lee) standing in downtown Cardiff, holding a large flip chart printed with words that are directed at his love interest. In various scenes, he’s shown chasing pigeons, riding the merry-go-round, and sitting on the bench offering some of his food to a man who politely turns him down, then proceeding to eat it out of the bowl. By and by, he walks past a busking musician (played by Asa) and throws a few pieces of dry cat food into his guitar case. At the end, the busker sees him sitting forlornly on the ground next to the merry-go-round, offers his hand, and they walk off together down the street holding hands.

Many tracks have a gentle folk-rock vibe, such as “About Time“, which touches on how a relationship built on love and respect endures over time: “It’s about time. It’s about all we got left. It’s about the way you walk. And the way that you still care about me.” The song has a mellow vibe and catchy melody, with a lovely mix of jangly and chiming guitars accompanied by snappy drums, and some nice keyboards and organ. I love Lee’s breathy vocals that hover in a sweet spot between raw and comforting, with an almost seductive quality. Another is “Holding Its Own“, a pretty but poignant song about the daily struggles of keeping one’s sanity in this crazy world: “Hopeful yet empty, Following rules. Blind to the life of a mind. Just holding its own.” The instrumentals are sublime, with what sounds like a mellotron being the highlight for me. The guitars, bass, keyboards and organ are all pretty terrific as well.

The Puss Puss Band channel their rock side on “Thank You“, thanks to a harder-driving beat, heavier electric guitars and more aggressive percussion. The lyrics seem to acknowledge a friend who saved the singer through tough love, brutal honesty and perseverance: “But thank you so much for saving me from me. Thank you so much. For friends who never sleep.” One of my favorite tracks is “Pretty Games“, as I love the horns, funky guitars and mellow instrumentals that give it a cool, jazzy vibe. The lyrics speak to the games we play at one time or another, unable to be honest to ourselves or others about how we feel, which keeps us treading water so to speak. I like how they give a nod to their previous album Echoes Across the Cruel Sea: “It’s all a pretty game. Another year and still the same. But I still hear echoes of that sea. Parts we play. Wasted days. Still the same. Pretty games.”

“On The Common” is an exquisite song, with beautiful acoustic and delicate chiming electric guitar notes, accompanied by the gentlest of synths, all creating a glittery, ethereal backdrop for Lee’s soft vocals. “Losing the Rain” is another favorite, with its sophisticated, jazzy feel thanks to Nigel’s wonderful flute and saxophone. The lyrics seem to be about trying to make a relationship work despite the many obstacles: “I’m losing the rain. These broken thoughts that roll around inside my brain. Maybe I’m too blind to see? I wasn’t meant for you and you were never meant for me.”

The guys deliver more stellar guitar work on “Junkie“, a song about trying and failing to save someone from addiction and the realization some people just can’t be saved. A standout track is the marvelous Pink Floyd-esque “Time and Tide“. The song starts off slowly, with only gentle acoustic guitars, but gradually builds into a dramatic rock song with electric guitars, piano, sweeping synths and heavy percussion. The lyrics were inspired by the passing of Asa’s uncle, with whom he was close; his uncle took him to gigs and got him into music when he was young. “For all the glitter and gold. We all grow old. As the lights fade down. We still hold for applause. And the show moves on. But the feeling… Lingers on and on.”

They close out the album with “Missed“, a beautiful and very poignant song that nicely encapsulates the album’s overall theme of the cycles of life – how relationships and friendships come and go over time. The piano melody was written a while back by Rabbit, and the lyrics later written by Lee to address the loss of a loved one: “I’m losing you tonight. But I’m here by your side. There’s no more need to fight. / But time shows no kind of nostalgia for goodbyes.” Musically, the song is different from all the other songs, as it features only a haunting piano and Lee’s raw, yet comforting vocals.

Life Cycles is a really lovely album and a pleasurable listen from start to finish, without a single weak or throwaway track. The song arrangements and production values are flawless, and the guys’ musicianship is outstanding on every level. I love this band!