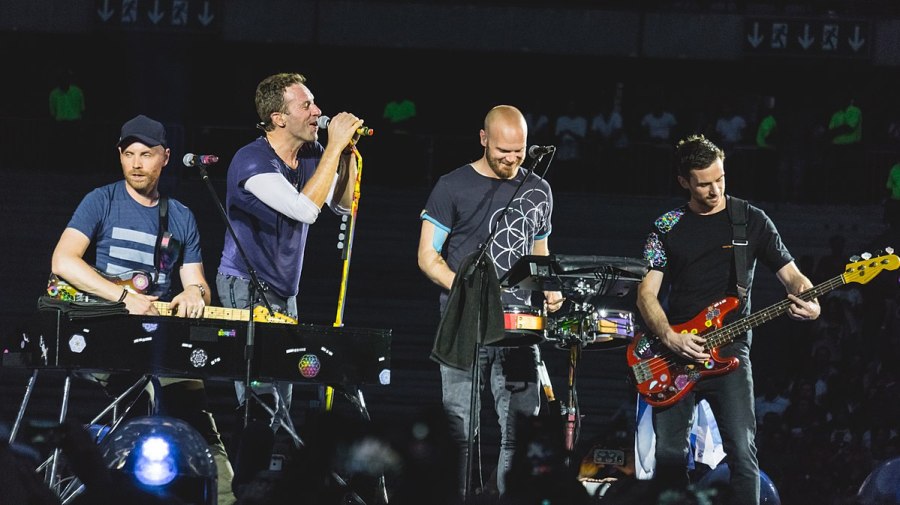 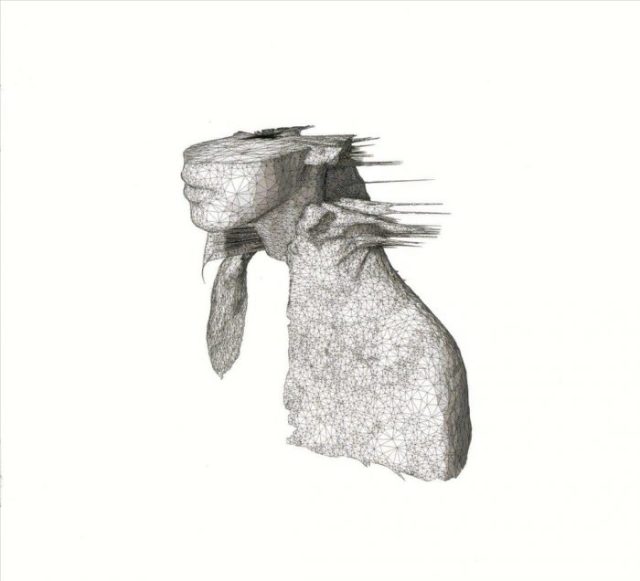 I distinctly remember the first time I heard British band Coldplay’s magnificent song “Clocks” on the radio in the spring of 2003. Though they’d already released a number of singles over the previous three years or so, I had not yet heard any of them because I listened to crappy radio stations in St. Louis, where I lived at the time. I was blown away by the song and immediately fell in love with it’s haunting piano melody. Given my love for “Clocks”, I rushed out (pun intended) and purchased their CD A Rush of Blood to the Head. It was their second studio album, and is my personal favorite of all their albums. I also became a big fan of Coldplay, who to this day rank among my top ten favorite bands of all time (the Beatles, Stones and Fleetwood Mac will forever be my top three, but I digress). The band is comprised of four underrated musicians: front man and lead vocalist Chris Martin, guitarist Jonny Buckland, bassist Guy Berryman, and drummer Will Champion.

After the popularity and success of their first album Parachutes, the band was under tremendous pressure to deliver an album at least as good – something all artists and bands with successful debut albums have experienced. I’ve heard many say they liked Coldplay’s early music (“Yellow” from Parachutes is one of their most beloved songs), but don’t much care for their later stuff, which they claim sounds too polished, too over-produced, too sappy or too ‘pop’. A Rush of Blood to the Head, with its piano and guitar-driven sound, is generally considered more acceptable to those earlier fans.

The album was released on August 26, 2002 in the UK, debuting at #1, and a day later on August 27 (my birthday) in the U.S. Besides topping the chart in the UK (where it would become the 10th best-selling album of the 21st Century), the album also reached #1 in Argentina, Australia, Brazil, Canada, Denmark, Germany, Ireland, Italy, Norway and Switzerland. It won three Grammy Awards (one of them for “Clocks”, for 2003 Record of the Year), and the 2003 BRIT Award for Best British album.

Though every song on the album is excellent, there are a number of standouts, the two greatest being “Clocks” and “The Scientist”. With its repetitive piano progression, including a descending scale in the chord progression that creates such a hauntingly beautiful sound, “Clocks” is considered one of Coldplay’s finest achievements. That breathtaking piano melody is accompanied by a somewhat minimalist atmospheric soundscape of synths, guitar, bass and drums, yet the whole thing sounds incredibly powerful and compelling. The lyrics are rather ambiguous, but seem to address the conflicts of being in a relationship that causes pain, yet you cannot or do not want to escape it. Martin begins by singing about his situation: “The lights go out and I can’t be saved / Tides that I tried to swim against / You’ve put me down upon my knees / Oh, I beg, I beg and plead.” Then he ponders “Am I a part of the cure? Or am I part of the disease?“, finally concluding “And nothing else compares / You are home, home, where I wanted to go.”

I think it’s a masterpiece, and one of the greatest songs ever recorded, and it boggles my mind that it wasn’t a bigger hit (it only peaked at #29 on the Billboard Hot 100, though it did reach #1 on the Adult Alternative chart). It’s my favorite song of the 2000s, and my fourth favorite song of all time. Surprisingly, “Clocks” was originally not intended for inclusion on A Rush of Blood to the Head. The band planned to use it on their third album, however, their manager Phil Harvey strongly pushed for its inclusion.

“The Scientist” is a gorgeous love song of apology, and another of Coldplay’s most beloved songs. The track starts off with just a melancholy piano riff and Martin’s sad vocals, then eventually a strummed acoustic guitar enters, followed by drums, bass and finally Buckland’s electric guitar. In an interview with VH1, Martin stated: “The song was a turning point. I don’t think we’ll ever top it. It was inspired by George Harrison’s All Things Must Pass. We really wanted to do a piano ballad with loud guitars at the end, because we didn’t think many people had tried that, so Jon put this really distorted guitar on the end of it.” Well, I think it’s another masterpiece, and most definitely one of the band’s finest songs.

Though Coldplay has never been known for writing many political songs, they were inspired to write “Politik” a few days after the 9/11 attacks. The song touches on the then-current state of the world, where whole countries and religions were being vilified over the horrific actions of a relative few. Martin implores people to seek the truth and see the bigger picture: “Give me real, don’t give me fake / Give me strength, reserve, control / Give me heart and give me soul / Open up your eyes.” They decided to make “Politik” the first track on the album, and its bombastic opening consisting of an aggressive, banging piano riff and crashing cymbals all but demand that we pay attention.

The beautiful “In My Place” was the first song they wrote after finishing Parachutes, and the first single released from A Rush of Blood to the Head. Buckland’s gorgeous chiming guitar is a highlight of the song. Another favorite of mine is “A Whisper”, with its dramatic chord progressions, glittery synths and spectacular guitar work, especially the shimmery chiming guitar run in the final chorus. The title track “A Rush of Blood to the Head” is a darkly beautiful song about wanting to undo all one’s wrongs and start over anew: “He said I’m gonna buy this place and watch it fall / Stand here beside me baby in the crumbling walls / Said I’m gonna buy a gun and start a war / If you can tell me something worth fighting for / Blame it upon a rush of blood to the head.”

Some songs on the album have a pleasing guitar-driven folk-rock feel, namely “God Put a Smile on Your Face”, “Green Eyes” and “Warning Sign”. Closing out the album is the lovely and introspective piano ballad “Amsterdam”. Like a few of their other songs, the instrumentals build as the track progresses into a dramatic crescendo in the final chorus, before fading out at the end, a right proper finish to a phenomenal album.

I finally saw Coldplay perform live on their Head Full of Dreams Tour in August 2016, at the historic Rose Bowl in Pasadena, California. Though it was a huge venue, with over 70,000 people in attendance, they still managed to make it feel intimate.

6 thoughts on “EML’s Favorite Albums – COLDPLAY: “A Rush of Blood to the Head””