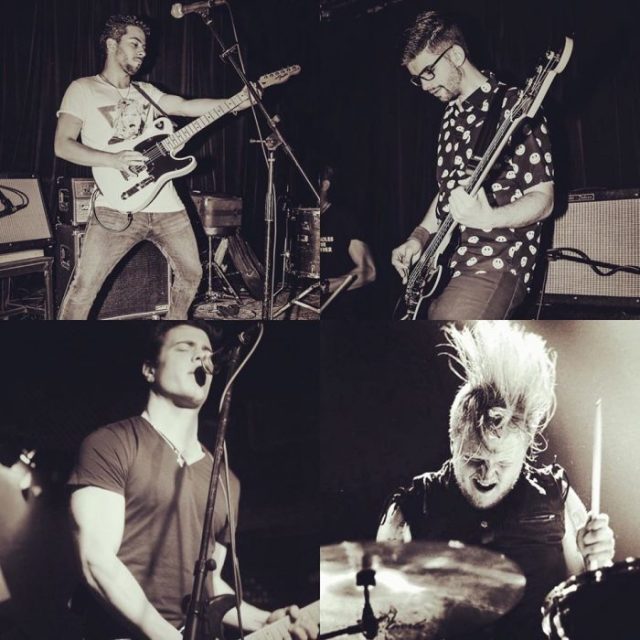 New York City band Heavenly Faded has been making some really fine melodic alt-rock since forming in early 2018. They released their debut EP Set Your Sights that May, then followed up over the next year and a half with several outstanding singles. With the release of their song “Constellations” in November 2019, however, they broke the hearts of their fans with the announcement they were splitting up, after their drummer and lead vocalist decided to leave the band. Thankfully, the two remaining members, guitarist/vocalist LP Francisco and bassist Rijk van Zanten, were able to quickly find replacements in lead guitarist/backing vocalist Jake Stamoulis and drummer Jared Pease. And so they began 2020 with a new lineup and fresh optimism toward the future.

Well, we all know what happened beginning in early Spring of 2020: shows got cancelled, studio sessions ground to a halt, and everyone isolated themselves at home. Fortunately, the band still had several songs in their arsenal, and managed to record “CTRL”, which they released as their latest single on June 5th. The song sees Heavenly Faded exploring a heavier sound than on their previous releases, with a darker, grungier feel befitting the lyrics that speak to a lack of control and a voice adequate enough to rise up against authoritarianism.

The guitar work is superb, with LP and Jake serving up layers of intricate riffs in a plethora of textures ranging from grimy fuzz to shimmery reverb to bluesy wails. Then there’s Rijk’s grungy, throbbing bassline providing the driving force for the song, which along with Jared’s aggressive drums, keeps the hard-hitting rhythm on full throttle. As new lead vocalist, LP steps up to the plate here and delivers the rock goods. His vocals are deeper and more raw than the band’s previous vocalist, contributing nicely to the track’s edgier vibe as he almost snarls the biting lyrics expressing his weariness about having to make decisions, but being even more frustrated about not having much of a voice in the democratic process:

I don’t wanna be in control x2

So you got no one to blame?
Clear the way, only you remain
Or the bloodthirsty, heathens in power
Who just wanna drain you like the plague

I wanna be in control / Who’s gonna save my soul?
(repeated)