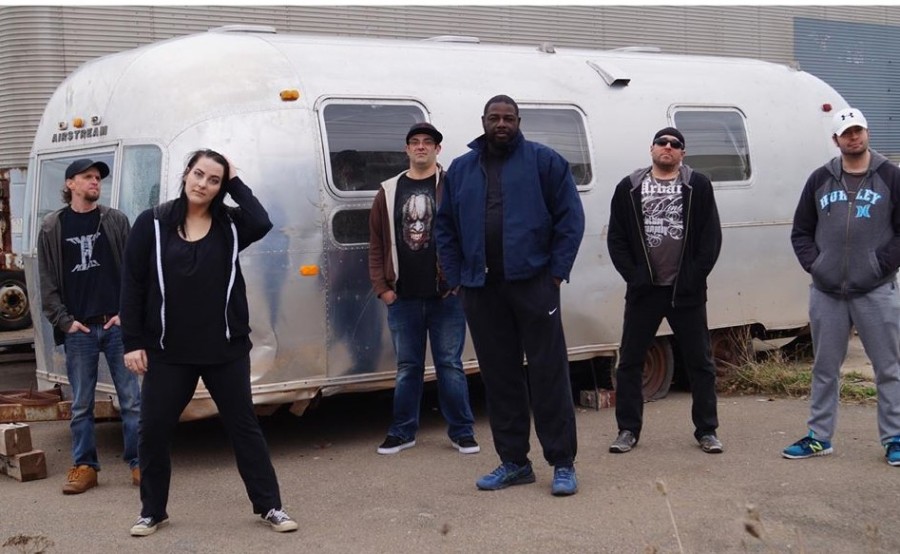 ECHOSEVEN is a heavy alternative metal rap group based in New Brunswick, Canada. After a tentative start in 2016 as a music project of drummer Allon McCall and guitarist Justin Larracey, the guys got serious about their music in 2019 and began recruiting more members to form a legitimate band. By early this year, ECHOSEVEN’s lineup was complete, and in addition to McCall and Larracey, now includes Stefanie Roy (Lead Vocals/Guitar), Darrell Vautour (Rap Vocals), Andre Leblanc (Guitar) and Jamie Warren (Bass). They’ve just released their debut single “EVERYTHING“, and it kicks!

The band wastes no time getting right down to business, as the song blasts open with jagged riffs of gnarly guitars and smashing drums, anchored by a deep, chugging bass line, all of which creates an ominous vibe. Having three guitarists gives the music greater texture and depth, and when combined with the heavy bass and intense percussion, the result is an explosive wall of sound. But what I like most about the song is the presence of both a female vocalist and male rapper. The contrast between Stefanie’s haunting vocals and Darrell’s beautiful flow as he raps his verses creates a dramatic back and forth that makes for an exciting listen.

About the song, the band explains: “EVERYTHING is about going through hard times, being broken down to ground zero and finding out who your true and real friends, family, helpers and supporters are, and confronting them on their motives and intentions. When the smokes clears, who’s left standing next to you?”

“EVERYTHING” is a fine debut by ECHOSEVEN,  and I look forward to hearing more music from this dynamic collective very soon.

One thought on “ECHOSEVEN – Single Review: “EVERYTHING””