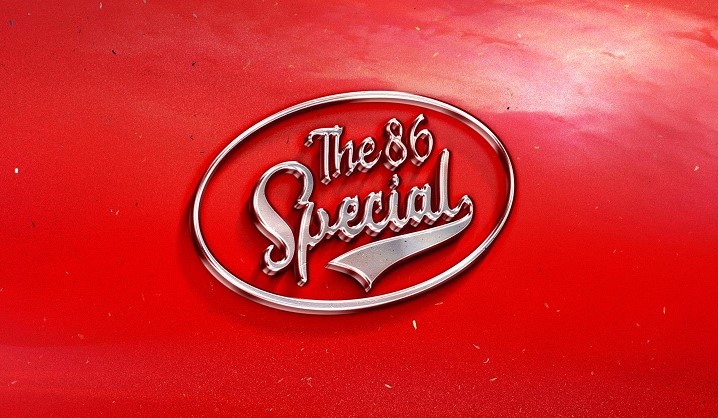 From the ashes of what was the beloved West Sussex alternative rock band Third Time Luckie rises a new band The 86 Special. Calling their sound “modern day pop rock accompanied by 80s synth & stadium rock”, they aim to tickle our earbuds with music that’s retro, yet fresh, and always exciting. The 86 Special is made up of two former Third Time Luckie members Chris Horner (bass & lead vocals) and Carl Swietlik (drums), as well as Matt Dawe (rhythm guitar & vocals), Dom Parris (lead guitar & vocals) and Jake Rae (synth & keys). The band is so new that they don’t have any official photos yet.

They’ve just recorded their first song “Dancing By The Moonlight“, along with a promotional lyric video. It’s upbeat, catchy and fun, with a retro 80s blend of pop, rock and post-punk grooves that call to my mind some of the songs from bands like The Go-Go’s, Huey Lewis & the News and The Cars. The guys serve up a mix of jangly and fuzz-coated guitars, humming bass and snappy drumbeats, creating an exuberant, head-bopping song that’ll have even the worst wallflower heading straight for the dance floor. I especially love Jake’s lively piano keys that are liberally sprinkled throughout the track. Chris’s pleasing vocals are perfect for the song, and nicely accompanied by Matt and Dom’s backing harmonies. Great job all around guys!

The song is scheduled for release on May 18 for streaming and download on all major music platforms.

2 thoughts on “THE 86 SPECIAL – Single Review: “Dancing By The Moonlight””