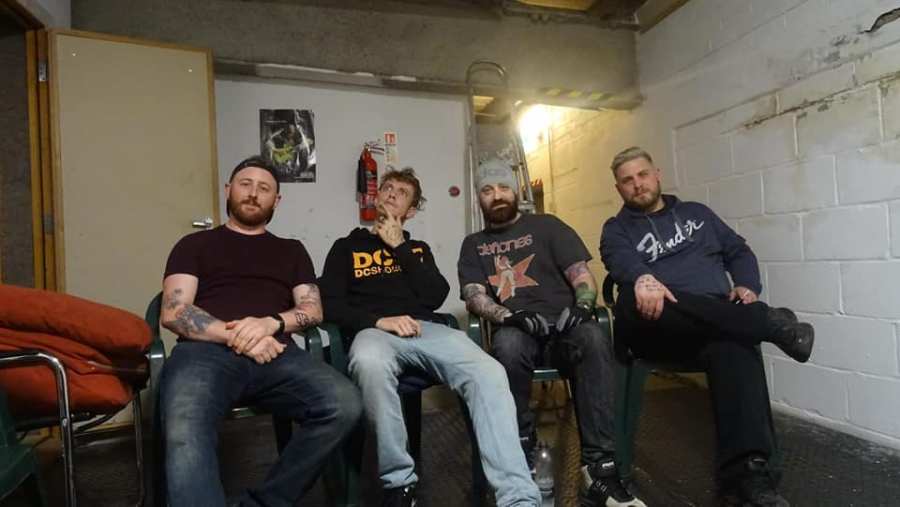 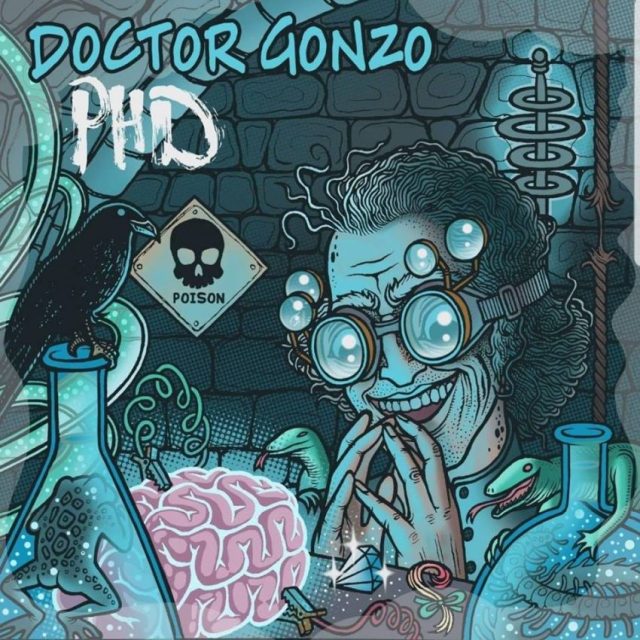 Doctor Gonzo is a four-piece punk ska band from the Brighton area of Sussex, UK. They’re all about having fun and not taking themselves too seriously, but are very serious when it comes to making straight-up badass rock! Formed only a year ago, Doctor Gonzo consists of Ash Miles on vocals, Andy “Gibbo” Gibson on guitars and backing vocals, Tony “Tig” Tugnutt on bass and Louis Maxwell on drums. In late April, they dropped their debut EP PhD, featuring four boisterous bangers guaranteed to kick your ass!

The EP blasts open with “Poisonous”, a blistering-hot tune with heavy, chugging riffs of gnarly guitar, crushing bass and hammering drums. Ash’s urgent vocals ooze bitterness as he snarls the lyrics addressing someone who’s toxic to his existence: “In my veins, sucking the life out of me. Filled with pain until there’s nothing left. Pulsing through me with your liquid venom. You won’t stop ’til I take my last breath! Oh!”

Before we can even come up for air, the guys are back pummelling our eardrums with “Something’s Gotta Give”. Man, can these guys rock, once again delivering frantic riffs of fuzzy guitars and throbbing bass, while Louis beats the living fuck out of his drum kit! Next up is the rousing “Mary Jane”, the fantastic lead single from the EP.  It’s a delightful love song to a woman named Mary Jane, set to a hard-driving beat and the band’s signature barrage of thunderous instrumental mayhem. The lyrics are fairly simple but charming: “Mary Jane I let you take my breath away. Remember that time I took you on an aeroplane? Oh Mary Jane, I think you’re driving me insane. But when shit hits the fan I know you’ll make me feel better.” The whimsical and fun video for the song was written, directed and edited by Nick Burdett.

The final track “Royalty” serves up more hard-hitting post-punk goodness. Gibbo does some fine shredding on his six-string while Tig lays down a deep, strutting bass line and Louis pounds out the driving beat. The lyrics speak to feeling like a loser in a rut, going nowhere: “I tell myself to stop complaining. Learn to read between the lines. I wanna be somebody, instead of just a casualty. I’ll go against the grain. You’ll probably know my name. I wanna live like royalty.”

Despite it’s short run time of only 12 1/2 minutes, PhD packs a mighty punch. These guys know how to rock and set the airwaves afire with their respective instruments. I found myself loving these songs more with each listen, and am now a huge fan of Doctor Gonzo. I also love their playful sense of humor, which is strongly evident in this hilarious video of outtake bloopers from the making of the “Mary Jane” video: