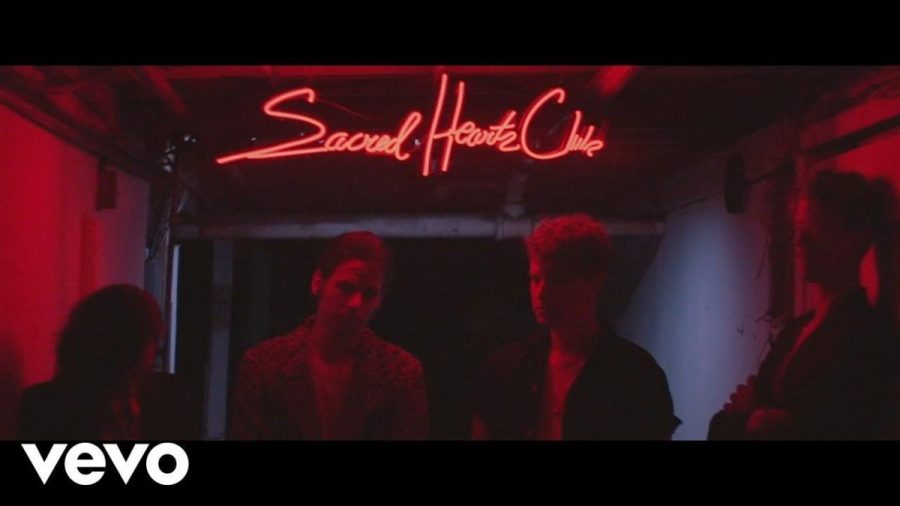 The song at #16 on my list of 100 Best Songs of the 2010s is the beautiful “Sit Next to Me” by Los Angeles-based alternative pop-rock band Foster the People. Their third song on this list – “Coming of Age” appears at #65, and “Pumped Up Kicks” at #23 – it’s my favorite of their many wonderful songs. The third single from their third album Sacred Hearts Club, “Sit Next to Me” was released in July 2017 and was a sleeper hit. It debuted on the Billboard Alternative chart that September, and slowly climbed until peaking at #3 in early 2018, then remained on the chart until September 2018! It peaked at only #42 on the Hot 100 in the spring of 2018, but was ranked as the #2 song of 2018 on the Alternative chart. It reached #1 on my Weekly Top 30 at the end of 2017, but remained on my chart for many weeks well into 2018 too. I never tired of hearing it, and my Spotify Wrapped report for 2018 showed that it was my most-streamed song that year.

Song intros are important in setting the tone for a song, and “Sit Next to Me” has one of the most enthralling openings of any song I’ve ever heard, immediately hooking me in. It starts with a delicate shimmery synth and Mark Foster’s ethereal vocal, then opens into a breezy ballad loaded with gorgeous sweeping synths, subtle guitar and Mark Pontius’ perfect drumbeats. I love Foster’s vulnerable vocal style that includes lots of soaring falsettos and beautiful harmonic choruses.

The song was inspired by his time spent in the L.A. bar scene. Foster explained in an interview with Rolling Stone: “Everyone was trying to look cool, say the right thing and be at the center of the universe. It was like a fashion show. In that environment, I felt alone in a room packed with people. I kept waiting for someone authentic to come walk through the door and sit next to me.” About the song’s slow rise and longevity, he stated: “I’m just kinda shocked. It’s kind of crazy to me that it’s been on the radio for so long and it keeps continuing to grow. I guess it’s a sleeper.”