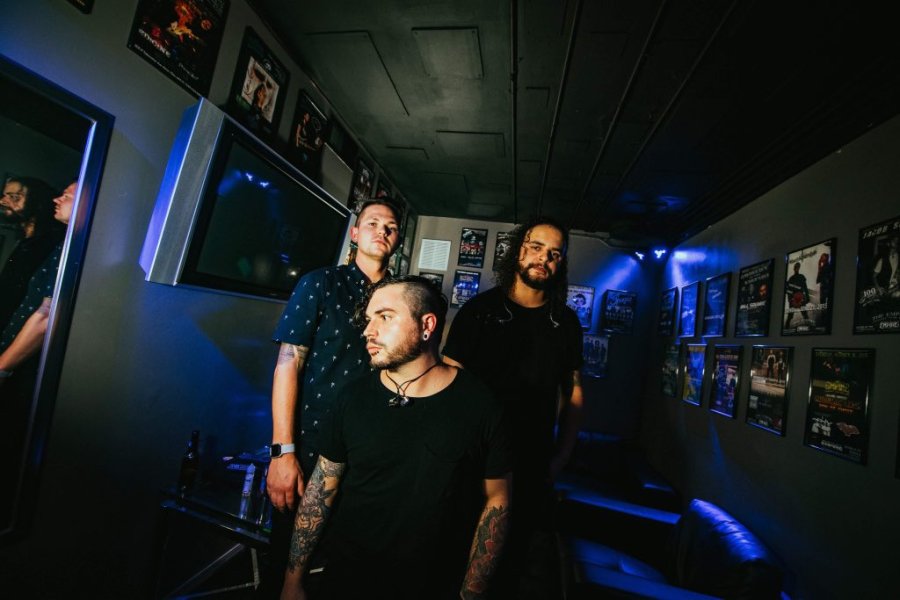 I Fight Fail is an Alternative/Electronic/Emo/Rock band from Canton, Ohio. Consisting of Andy Potter on lead vocals and bass, Daryl Johnson on guitar and backing vocals and Anthony Carter on drums, the band formed in 2014, after the guys had played together in previous bands. Their band name is about perseverance, in their words “a state of mind or an idea that you have to keep going forward even when you fall down.”

Fusing alternative rock with an electronic/pop sound, I Fight Fail creates music that’s fresh, smart and incredibly pleasing. They released their debut EP Move Me in 2014, then followed two years later with their second EP Voyages and Vantage Points, both of which are excellent. In January 2018, they dropped a new single “Silhouettes,” which will be included on a forthcoming third EP, to be released in 2019.

The song is a sort of coming of age anthem, spoken from the point of view of teenagers eager to jump headlong into adulthood, but still struggling to find their way forward and forge their identities: “You were skipping school and I felt cool cause I was older. We broke all the rules, and I let you cry onto my shoulder. / And we can’t wait to start planning our escape. We’re all lost, we’re all lost in our heads. Bring us back. Bring us back from the dead. We are silhouettes.”

Musically, the guys make generous use of glittery synths, delicate keyboards, chiming guitars and snappy drums to create a joyful sense of hopefulness and optimism, but with a serious undercurrent that keeps the song grounded in reality. Andy’s smooth, earnest vocals are really nice, as are the guys’ soaring choruses that appear later in the track. It’s a wonderful song.

One thought on “I FIGHT FAIL – Single Review: “Silhouettes””