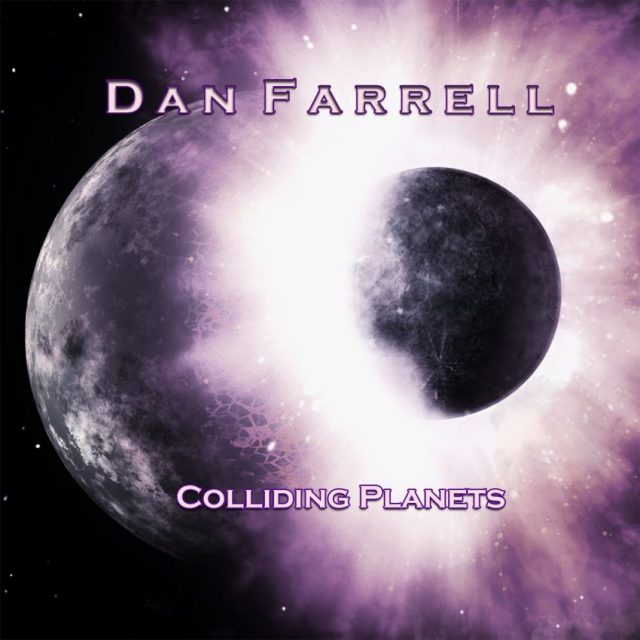 Dan Farrell is a singer/songwriter based in London, UK. A multi-instrumentalist who plays guitar, bass and keyboards, as well as produces all of his tracks in his own home studio, he refers to himself as a “one man band.” That said, in his bio he explains “My main instrument is guitar which I play left handed – but with the strings strung for a right handed person. Consequently all the chords I play are upside down. Strange, but true.” It sounds complicated to me, but Dan manages to coax some pretty phenomenal sounds from his six-string.

He welcomed 2018 by releasing his third album Colliding Planets, an ambitious work featuring 15 tracks that dropped on January 12. Collectively, the songs on the album draw from a myriad of influences and genres, including rock, jazz, blues, country and pop, and a few tracks seem to include them all! Dan cites the Beatles, Rolling Stones, Tom Petty, Queen, the Bee Gees and Amy Winehouse as some of his favorites, whose influences can clearly be heard on several tracks. 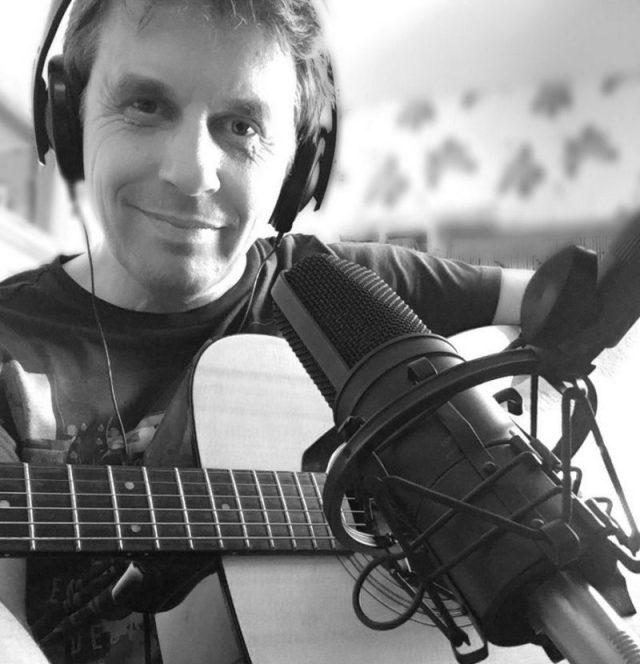 He kicks things off with “Salt of the Earth,” a rousing, foot-stomping country rock track. I like the aggressive drum beat, and Dan’s spirited guitar work make for an incredibly upbeat song. “She’s Still Drivin‘” keeps the energy flowing with a lively rock’n’roll tempo and Dan’s jangly guitars. After hearing just these two tracks, it’s clear he’s a skilled axe man. The sounds of a racing engine are a nice touch.

Tom Petty’s influence is evident on “Dreams of a Dreamer.” It’s a great song, with heavily strummed guitar set to a slow drumbeat. I love the added keyboards and guitar riffs. Dan sings about a woman he desires, but circumstances prevent anything from ever happening:

You’re thinking about me, it brings on a sigh
I’m wishin’ for something that we can never try
The dreams of a dreamer are making you sweat
Are making your heart beat a little faster

One of my favorite tracks is “Revealed in a Kiss,” a languid, jazzy affair with gentle guitars and sensuous horns that conjure up images of a romantic slow dance extending late into the evening. Dan’s smooth vocals are wonderful. “Don’t Blame Me” is a bouncy pop-rock track with jangly guitars and lush keyboards. Piano and keyboards take prominence on the lovely ballad “Get Inside Their Soul, and the bittersweet “The Blue Bar” has a country rock feel, and reminds me a bit of Bob Dylan’s “Knocking On Heaven’s Door.” Dan sings of the passage of time and how some achieve their dreams, while others watch theirs turn to dust: “I used to share the same dreams that made us all survive. I used to have the same hopes that kept us all alive. / Then the revolution took it all away.”

“Another great track is “One Like You,” a fun rock’n’roll song about wanting to stay home with the object of his affection rather than go to work: “Well you know I got to go and earn a buck or two. But I’d rather spend my time with one like you.” Like all of Dan’s songs, it has terrific guitar work, and the lively trumpet and keyboards make for a really upbeat number. Dan turns introspective on the country rock track “Let It Go,” a song about letting go of the dream of being with someone he can never have and just moving on.

“Just Because” is a mellow, upbeat song about not feeling guilty about indulging in the simple pleasures in life: “There doesn’t have to be an explanation for everything we do, every sensation. Sometimes it’s nice to do a lot a nothing. It’s good to go and treat yourself sometimes.” On the beautiful, uplifting ballad “I Tried,” Dan sings about believing in someone and encouraging them to take the right path in life. “I’ll always wish you well ’cause I believe in you. The road we choose is up to us, and sometimes life can make a fuss.”

“One in a Million” has a sophisticated vibe with jangly guitars, soulful keyboards and jazzy horns. Dan wistfully sings about how things in life don’t always turn out the way you’d hoped: “The higher you climb the further you fall. You think you’re doing well standing tall. But then your best-laid plans they come crashing down. That youthful innocence you had is on the ground. One in a million has that perfect sound. Went and lifted my feet right off the ground.”

The catchy “The Man I Want to Be” serves up bouncy riffs, and in his gravelly vocals, Dan sings about how’s he matured into a better man. “Leave My Mark” is a rousing guitar-driven rock song, with a riff that channels the Rolling Stones’ hard-rocking “Start Me Up.”  Keeping with a Stones theme, album closer “You Only Know When You See” has a bit of a “You Can’t Always Get What You Want” vibe.

Colliding Planets is a fine, well-crafted album that showcases Dan’s exceptional guitar work and skill for writing catchy melodies and intelligent lyrics about life that we can all relate to.

To learn more about Dan, check out his Website and connect with him on Twitter
Stream his music on Spotify / Reverbnation / Soundcloud / Apple Music
Purchase on cdbaby / Bandcamp / iTunes / Amazon