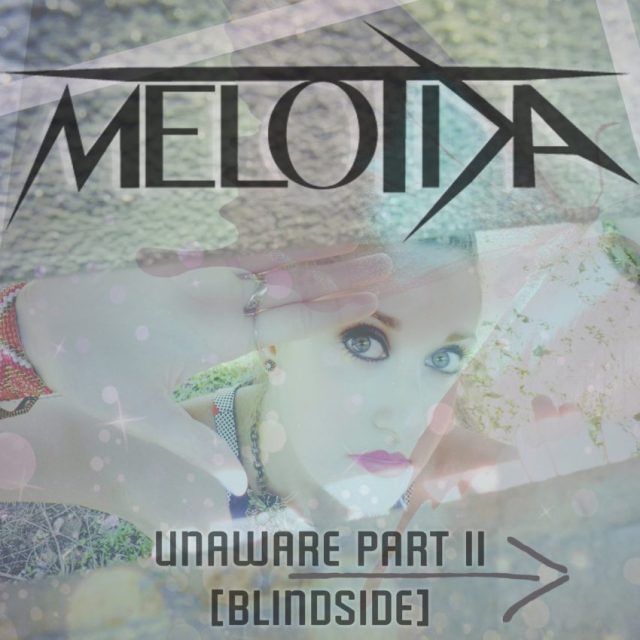 According to Mel Yelle, it’s a continuation of the theme expressed in “Unaware,” and open to interpretation. My take is that “Unaware” is about struggling to maintain one’s identity in the face of a relationship that’s unraveling. In “Unaware Part II [Blindside],” she’s confronting the person who blindsided her, telling them she no longer cares, is moving on, and so should they:

Quit callin’ when my make-up fallin’ and I wonder why you’re not alone?
Big ballin’ and I see you stallin’ while your trippin’ at the mall
Go getter, why you even bother? When it’s just so clear you see
No better, doesn’t even matter, no it doesn’t really matter to me

Blindside of the future, blindside it’s my nature
Don’t want any part of it, so much more to see

Born and raised in Montreal, Mel Yelle’s rich, smoky vocals remind me at times of fellow Quebecois Celine Dion, with whom she also bears a striking resemblance. Combined with Jones’ sultry hip-hop beats and mysterious echoed synths, together they’ve produced a track brimming with sensuous grooves that raise body temperatures and aim straight for the hips. It’s a marvelous song.

Melotika will be releasing their first EP in March. To learn more, connect with them on  Facebook / Twitter / Instagram
Stream their music on Spotify / Soundcloud / Apple Music
Purchase on iTunes or Bandcamp