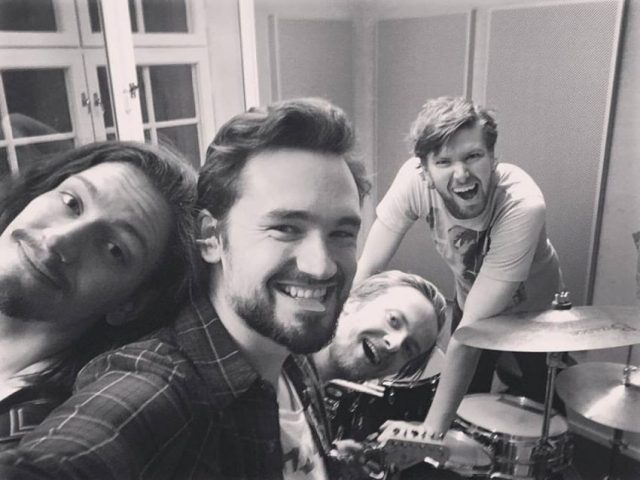 No Mind State is an alternative rock band from Oslo, Norway, and they’ve released their first single “Hold Me Back, I’m Leaving.” It’s an exciting track, and an auspicious debut for the band. Making the music are Henrik Posèbo Sørebø (Guitar, lead vocals), Vetle Berthelsen (Lead Guitar), Vegard Tveito (Bass, backing vocals) and Christian Gathe (Drums). From some of their photos, as well as posts on Instagram, the guys have a strong sense of humor, something I always find appealing in a band.

The song is hard-hitting, melodic rock at its finest. Henrik and Vetle lay down energetic riffs of gritty guitars over Vegard’s driving bass line, while Christian forcefully pounds out the beat with his thumping drums and a barrage of crashing cymbals. Henrik’s sultry, aggressive vocals are impassioned and raw as he sings the lyrics that speak to knowing you should get out of a dysfunctional relationship, but not being able to escape:

Hold me back, I’m leaving
Couldn’t shake off the feeling of being wrong, but that’s alright.
Drag me down, I’m breathing
Suffocation’s relieving, feels so right but I am wrong
Raise the bridge and shackle me then I’ll be here for you
Don’t dare to rest an eye, or you know the end is nigh
Lock the door and throw the key, then I’ll be here for you
Build a castle for the night, know its wrong but that’s alright

Stream their music on Spotify or purchase on iTunes

4 thoughts on “NO MIND STATE – Single Review: “Hold Me Back, I’m Leaving””