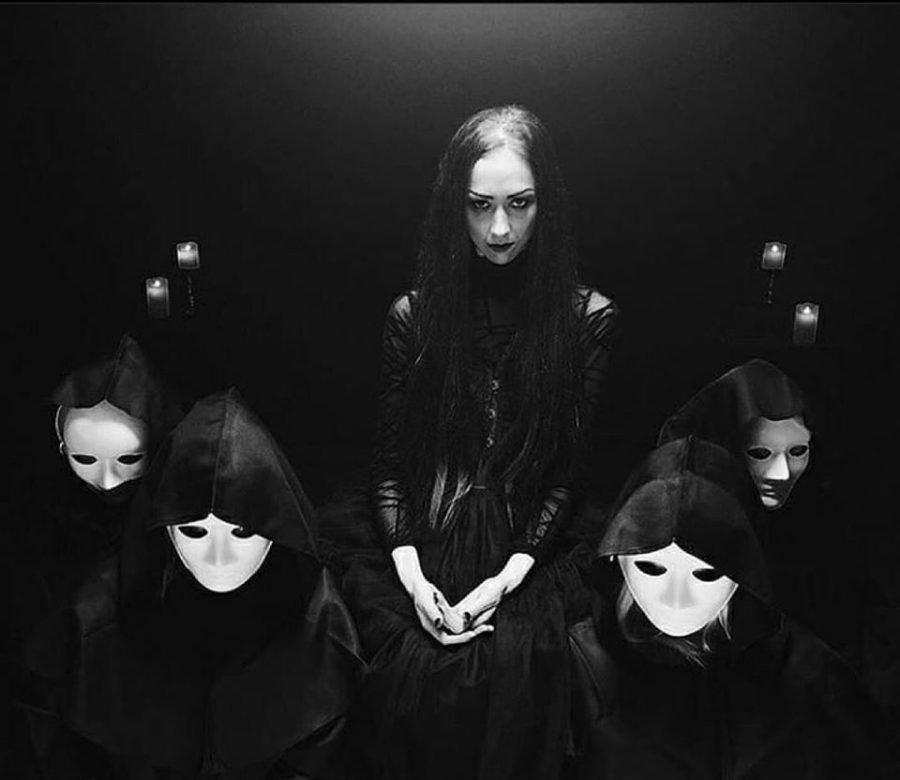 Silence the Crow is a female-fronted groove metal band based in Houston, Texas, with a sound that’s been described “as if Marilyn Manson and Evanescence had a one-night stand in Amsterdam”. I can’t find much information on them, other than that the front woman is Jordan Crowe. They released their debut single “Crucify” last September (2019), a feral blast of metal mayhem calling out another’s betrayal and their duplicitous actions.  On May 1st, they dropped their second single “State of Mind“, released via Silent Nightmare Records. The song was written by Crowe and Don Rollins, arranged by Artem Efimo, who tracked and edited it at Red Ghost Studios, and was mixed and mastered by Kane Churko (Papa Roach, Five Finger Death Punch, Ozzy Osbourne, Skillet).

“State of Mind” seems to continue on the theme established on “Crucify”, with Silence the Crow now deeply wanting to exact revenge for all the hurt and pain she’s suffered. Her sadness and hurt have now turned to anger and hate, expressed by the lyrics “I’m dancing with the demon you woke inside of me / too late for your compassion / my companions come from hell“. She’s now left with thoughts of “murder in my state of mind.”

The song is quite melodic, with outstanding and intricate guitar work that ebbs and flows between hauntingly beautiful notes during the few moments of relative calm, and an explosive barrage of chugging riffs and screaming distortion for most of the hard-hitting track. The interplay between the jack-hammer metal guitars and pummeling drums is fantastic, and the wailing guitar solo in the bridge is absolute fire.

But the real highlight of the song are Crowe’s incredible vocals. Not very many women can successfully carry off singing metalcore, but Crowe does it better than most I’ve heard. Her vocals start off as a low, sultry croon that nicely convey a sense of vulnerability and deep sadness, then erupt into fearsome metalcore screams that fully express the raw fury of the searing lyrics, chilling us to the core.

Love is so good, so good
carved into my skin with stone from my heart
but I’m falling from grace and I am poison, but I don’t care
I wonder why you’re standing there
there’s murder in my state of mind

Love is so good, so good
carved into my skin with stone from my heart
but I’m falling from grace and I am poison, but I don’t care
I wonder why you’re standing there
there’s murder in my state of mind

Silence the Crow released a darkly beautiful video for the song on May 15th. It was filmed and directed by Charlie G. at Cold Creek Studio.

One thought on “SILENCE THE CROW – Single Review : “State of Mind””