I get so tired of hearing that ‘rock is dead’, because as far as I can tell by the huge number of bands throughout the world making great kickass rock these days, the genre seems to be very much alive. One such band doing their part to keep rock going strong is Italian crossover metal band Mayoba. Influenced by some of their favorite bands like Gojira, Opeth, Meshuggah, Lamb of God, Pantera, Killswitch Engage, Megadeath, Helmet, Biohazard and Alter Bridge, they serve up a face-melting, yet highly melodic, stew of hardcore and groove metal.

Based in the southern Italian city of Trani on the Adriatic coast, they’re a fairly new band, forming just last year (2018). Guitarist Francesco Di Bitonto and drummer Mimmo instantly clicked upon meeting each other at a casual jam session, and started playing music together and working on some ideas for songs. They were soon joined by vocalist Luca Bove, and Mayoba was officially born. Their lineup was completed in early 2019 when Enrico Povia joined the band as bassist.

They released their first single “Through the Fire” in September, and the title’s certainly fitting, as Mayoba sets the airwaves afire like a rampaging flamethrower-wielding beast. The track starts off with dark, ominous synths that conjure up images of a gathering storm, then all hell breaks looks once the guys unleash a furious barrage of pummeling riffs, buzzsaw bass and speaker-blowing drums. Luca’s hardcore vocals are downright fearsome as he screams and growls the lyrics “Where should I go? I’m walking through the fire, where I belong!“, sending chills up and down our spines. They produced a video that shows them performing the song at a nighttime outdoor concert, juxtaposed with dramatic footage of explosions and civil unrest. Be sure to turn the volume all the way to maximum on this!

On “Falling“, Mayoba delivers an unrelenting onslaught of explosive, chugging riffs, scorching basslines and thunderous drumbeats that really showcase their impressive musicianship. I love the song’s powerful, driving melody and, once again, Luca makes his vocal chords bleed with his spine-tingling feral screams.

“Savior” is another banger, with a frantic, pulse-pounding tempo that really gets the blood pumping! Man, these guys blow the fucking roof off with some of the most intense grooves I’ve heard in a long while. Francesco shreds his guitar to the breaking point as he lays down heavy doses of scorching machine-gun riffs. Enrico and Mimmo keep the pace with their relentless assault of pummeling rhythms, while Luca continues to melt our faces with his savage vocals. A little past the 3-minute point, the song transitions to a haunting guitar solo by Francesco that’s quite beautiful and melodic. It’s a striking finish for a phenomenal track.

Mayoba plans to continue performing live and touring as much as possible in 2020, joining many big festivals throughout Italy. Then they plan to return to the studio again at the end of next summer to record an EP or possibly even an album. Their music is not available for purchase yet, but is available for streaming on Soundcloud and Reverbnation. They hope to eventually find a label to support their music and help them grow. In the meantime, I’m happy to do my small part to help promote them to a wider audience. I’m not the biggest fan of hardcore/metal music, but Mayoba’s songs are so melodic and well-executed that they’re beautiful to my ears. 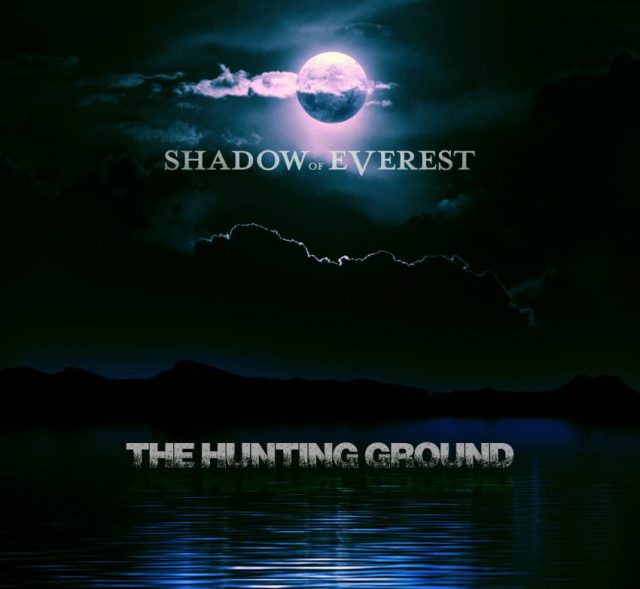 They released an impressive debut album Idle Hands in 2017, and this past March, dropped their sophomore album The Hunting Ground, which I’m reviewing today. As the album’s title suggests, the songs generally speak to the darker, feral nature inherent in each of us to some degree. Similar to their first album, The Hunting Ground opens with an intriguing instrumental track “Umm al-Maa”. Wondering what it might mean, I did a Google search and found it translates to “mother of water” in Berber Arabic, and is also the name of one of several lake oases in the Idehan Ubari Sand Sea located in the Sahara Desert of southwestern Libya. The music on this brief track consists of strummed guitar, delicate piano keys and what I’m guessing to be a cello, accompanied by sounds of wind and water that beautifully convey the sense of mystery and wonder of a remote oasis. The dark irony is that the water in these oases is too salty to drink. John commented “Imagine being lost in the desert and finding that oasis, and then drinking the salty water would be your demise.”

They next launch into “Fifty Four”, serving up chugging riffs of gnarly guitars over a foundation of buzzing bass and hammering drumbeats, and punctuated by flourishes of distortion. Vriend’s commanding vocals express a raw urgency as he sings about feelings of hopelessness and ennui: “Substituting for a lack of stimulation. Seeking out the offspring of my mind. Beneath consciousness there’s desperation that fits nicely into my design.” The title track “The Hunting Ground” at first sounds almost like a continuation of “Fifty Four”, with a similar melody and chord progression, but the killer guitar solos in the bridge and outro turn it into an especially satisfying track. Vriend passionately sings the lyrics that seem to speak to the age-old notion of survival of the fittest – ‘kill or be killed”: “Hear that wild call. Smoke them out. Rise or fall. Become what you fear.”

Here’s a great video of the guys performing the song live.

One of the highlights of the album for me is the gorgeous “We Are Wrong”. I usually like when metal and hard rock bands show their softer side with a slow ballad, and Shadow of Everest are no exception here. I love the haunting melody, outstanding guitar work, and especially the sublime vocal harmonies of Vriend and guest singer Erin Crosby. Guest musician Lex Coulstring played keyboards on this lovely track. The message expressed in the lyrics seem to be that “ignorance is bliss”: “And the moments became too many. Time keeps passing on. One day we understand. The next day we are wrong.”

“Castle in the Sky” is hard-driving metal rock at its finest, with rock’n’roll overtones and more of the raging guitars this band so nicely delivers.  This song seems to be about needing to be rescued from a life of degradation and despair: “Couldn’t see the splendor from the underground. There was no will to satisfy. Pull me out of the loss and the ruin. Those broken pieces will build our castle in the sky.” The aptly-named “Dark Spiral” dives deeper into progressive metal, with interesting melodic transitions and greater use of dissonance in the song structure, not to mention fearsome riffs and Cowell’s crushing bass. Vriend’s impassioned vocals are almost chilling as he wails “How does it feel to be spinning on a tangible wave of magnificence? As an ignorant drone, completely unaware and obsessed with your own insignificance.”

The guys unleash their sonic fury on “Ravenman”, the most metal-esque (is that a word?) track on the album and another one of its highlights. It’s a monumental six minute, 49-second-long tour de force of rampaging riffs, buzzsaw bass and Burton’s speaker-blowing drums.  The hardcore backing vocals are sung by Lex Coulstring. Thought I’m not certain, my take is that ‘Ravenman’ represents the devil, or at least the inherent evil that each of us is capable of: “I know the nightmares, what they mean. What you should fear, the shadows in your head, the violence in your hand. Be not a patron to the failures of the damned.” It’s a fantastic song.

They close things out with “The River”, another epic track that seems to be about the end of the world: “The earth is parting and the vultures fly. Statues crumble while the pharaohs die. What glory lies beyond the river’s flow? We’re unaware how far this shadow goes.” As always, Vriend and Welsman deliver scorching riffs while Cowell and Burton confidently maintain the aggressive rhythm section. It’s a strong finish to a solid album of heavy hitters. The guys are all highly accomplished musicians who now have two outstanding albums on their impressive resume. I trust we’ll be hearing more great music from them in the future. 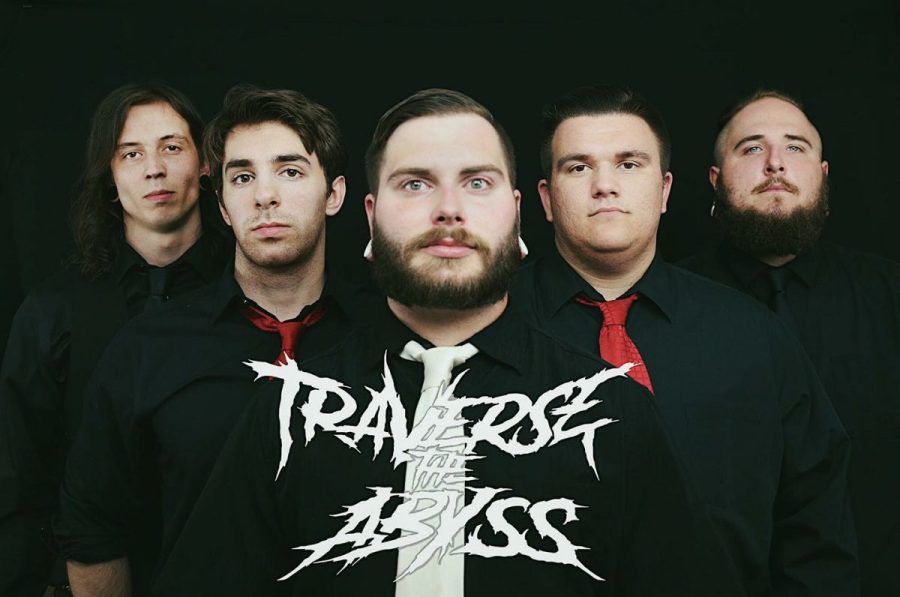 Traverse the Abyss is a heavy metal band based in Scranton, Pennsylvania. Their intense, face-melting sound draws from a myriad of metal sub-genres, including classic heavy metal, thrash metal, death metal, nu-metal and metal core, as well as hard rock, rock’n’roll and even punk influences. They formed in 2016 and quickly got to work recording their first album Gamble of Life, which was released that November. It was an impressive debut, and you can read my review here. Since then, they’ve dropped three singles, all of which are now included on their new self-titled EP Traverse the Abyss.

The guys get right down to business with the scorching opening track “Failure.” Our ears are greeted with a wailing guitar solo that’s quickly broken by an explosion of stabbing shredded guitars, jack-hammer death metal riffs, and speaker-blowing drums. Halfway through, the guys throw some nice melodic riffage into the maelstrom of furious guitars, adding texture and complexity to the track. Eric screams the lyrics with a savage ferocity that’s almost frightening.

I hope he has a good ear, nose and throat specialist, because he’ll surely need one after he’s done ripping his vocal cords to shreds on “Dead Weight.” This is a real head-banger, with frantic riffs of raging guitars, crushing bass and pummeling drums.  Eric brutally screams the biting lyrics that are a total repudiation of someone who’d fucked you over: “I think you’ve mistaken me for someone who truly gives a fuck.”

Traverse the Abyss turns introspective on “Time Flies,” ruminating on life changes and the inevitable loss and regret many of us experience with the passage of time: “I have to live with decisions that I’ve made. Yet they make me who I am today. / I lie awake every night and reminisce. About my friends and family and times that I miss, and how they are never coming back.”

The guys continue on their rampaging path of sonic destruction with the face-melting “Family” and “Inner Demons.” The furious, fast-paced riffs rain down hot and heavy, but with an amazing intricacy, and Eric’s death metal growls are positively bestial. They inject a heavy dose of rock’n’roll into their metal on “Battle Cry,” one of my favorite tracks on the album. It opens with a playful burst of fiendish laughter, then Eric sings “A scooba dooba do bop ba bop bam boo” before frantic rolling guitars, heavy bass and thunderous drums take over. “Iron” Mike and Matt tear through the airwaves with jaw-dropping riffs as sharp as razor wire, while Eric screams the lyrics that are a clarion call against tyranny.

I thought I’d heard the most brutal music the band had to offer, but I was wrong! The guys really bare their death metal teeth and dial up the ferocity on the final track “Blink.” Man, the staccato death metal riffs are like machine-gun fire on steroids, and the pummeling bass and drums so powerful I could feel them in my gut. Eric seems to stretch his vocal abilities to the breaking point, his screams and growls matching the fury of the instrumentals note for note. It’s a great finish to a fantastic, hard-hitting album.

With their sophomore effort, Traverse the Abyss further confirm their strengths for writing outstanding heavy/death metal songs with compelling, relevant lyrics and great melodies, as well as their skills at bringing them to life with their impressive musicianship. With two great albums now under their belt, I would safely say they’re a band on an upward trajectory.

Catch them at one of these upcoming shows: