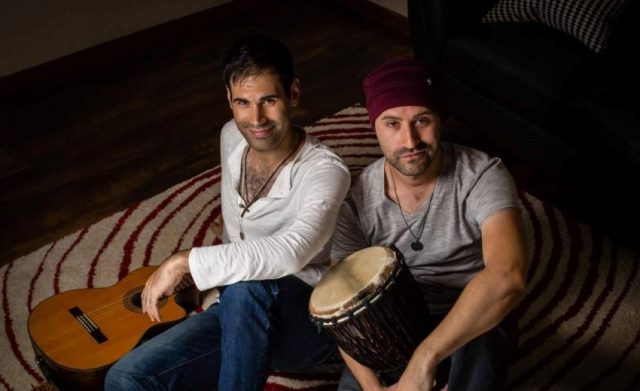 Yesterday, I wrote about COUNCIL, a band from New York State consisting of three brothers, and today I turn to another music act from New York State and also consisting of brothers, known as Novus Cantus. Comprised of Alexander (vocals and guitar) and Christian Herasimtschuk (drums and percussion), they’re also one of the more unique acts I’ve had the pleasure of featuring on this blog. (You can read my prior reviews under “Related” at the bottom of this post.)

Hailing from the Hudson River Valley in and around Poughkeepsie, Novus Cantus draw from an eclectic mix of influences including traditional ethnic music like flamenco and Hungarian folk, classical Medieval, Renaissance and Baroque, and rock – particularly that of Jethro Tull, Gipsy Kings and Metallica – to create their rich and exotic sound. They’ve been performing and recording together since 2010, and have released a number of superb songs that I urge my readers to check out on one of the music sites listed below.

The duo recently submitted a stunning video performance of their captivating song “Sophia” to NPR for their 2020 Tiny Desk Concert competition. Capitalizing on the Medieval sound of the track, which is itself a celebration of the famed Hagia Sophia Cathedral in Istanbul, Turkey, they created a video showing them performing the song in a Renaissance setting. The video starts off with them portrayed as if they were in a classic old-world painting, then one by one each of them comes alive to perform the song. It’s like a beautiful painting of two troubadours come to life. They produced the brilliant video with the artistic and technical insights of James MacBrien and Julie Casper-Roth, who also provided the necessary equipment to make it all come together.