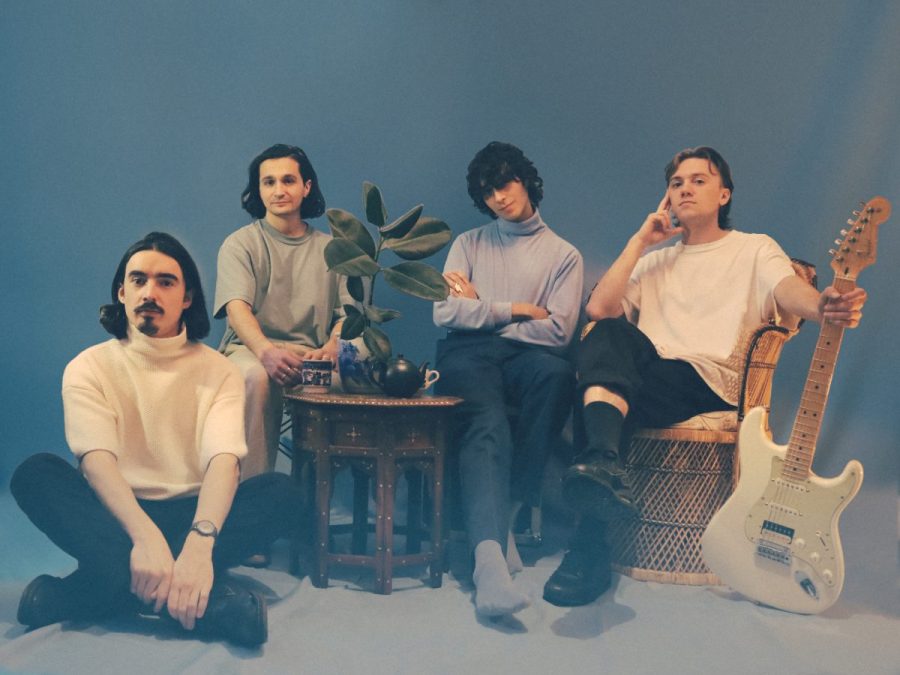 I recently learned about British band Tungz when their PR rep reached out to me about a possible review of their latest single “Can’t We Just Be Friends Again“, and after listening to a few of their songs I’m now a big fan of this charming foursome. Formed in early 2017, and based in Bristol & London, Tungz is comprised of Jamie Maier (guitar, vocals), Nicky Green (keyboards, vocals), Ollie Horne (bass) and Rick Holland (drums). Drawing from elements of pop, funk, soul and disco, they create wonderful music that’s upbeat, melodic and overflowing with smooth, soulful grooves. Having two vocalists also gives their songs extra vibrance and color.

They released their enchanting debut single “Window Love” in 2018, then followed up with the delightful “Fruit”. In October 2019, they dropped their self-produced EP Okay, featuring four outstanding tracks that are far and away better than okay. They now return with ‘Can’t We Just Be Friends Again’, released via their label Heist Or Hit on March 12th.

About the song, the band states “The track is an open dialogue about wanting to snap back to being happy with someone you’ve only ever really been cool with before. [The opening line] ‘This is BS and we said this was golden paradise’ expresses the weird frustration that comes with trying to argue with someone you don’t know how to argue with because you’ve never had need to do so. It’s about two people who’ve never really started an argument trying to end one. This track feels like a statement to us. But it’s also a question. That’s why we left off the question mark. We went heavy on the production – it’s gonna be a nightmare to work out how to play it live.”

Starting with a lively mix of bouncy percussive drum beats as a foundation, the guys add layers of swirling and warbling synths, funky guitars and throbbing bass to create a sexy and soulful sound with a retro 80s vibe. As I listened to the song, I sensed a familiarity that took a bit of thinking, but it eventually dawned on me that it sounds like some of the songs by 80s British bands Go West and Scritti Politti. Jaime sings lead vocals on this track, and I love his smooth voice and fervent delivery that beautifully conveys the urgency expressed by the lyrics:

Sadly, due to the nasty virus now plaguing the world, their tour to promote the new single ended after the first show at Bristol venue Rough Trade. They hope to restart the tour this summer, music gods willing.

One thought on “TUNGZ – Single Review: “Can’t We Just Be Friends Again””