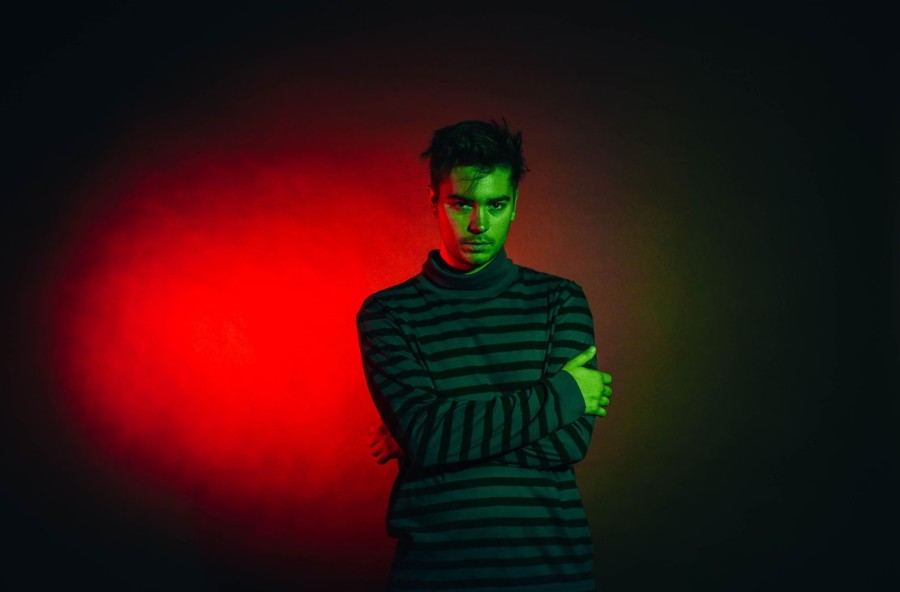 Darksoft is the music project of Bill Darksoft, an imaginative and talented singer-songwriter, producer and multi-instrumentalist from Seattle, Washington who I’ve featured twice on this blog in 2019. Inspired the by the high-tech industry of his hometown, he writes songs that address timely and relevant social and cultural issues related to technology. He also operates his own label and website Look Up Records (for which he also writes some pretty awesome reviews), and in addition to his music project, has played with many Seattle acts over the years.

Last February, I reviewed his brilliant debut album Brain, a concept work named for the very first computer virus to attack the internet back in 1986, with each track titled after infamous viruses that followed. Then in July, I reviewed his single “WannaCry”, which addressed the deep cultural and political divide in America, fed by our tendency to stay stuck in our own echo chambers. The enthralling song spent more than three months on my Weekly Top 30. Today. I’m happy to premiere his haunting new single “Cybersecurity“, where he touches on another thorny technological issue.

Like his previous tracks, “Cybersecurity” was written, performed and produced by Darksoft, and mixed and mastered by Mathieu Riede of L453RL4Dy Studios. Using a rich palette of cinematic synths as a foundation, Darksoft layers gauzy riffs of chiming and jangly guitars, along with a perfect balance of snappy percussion, to create a dramatic and sweeping backdrop for his captivating vocals. As I’ve stated in previous reviews, I really like his velvety, almost breathy vocal style, which adds a dreamy, ethereal quality to his sound. He also excels at writing beautiful, compelling melodies, and though I would not label this one as being “catchy”, it nevertheless stayed with me long after hearing it. It’s another winning song.

The lyrics cast doubt on the assumption – or is it really a myth? – that all our data floating around out there in cyberspace is somehow being kept safe. What’s more, it can even be used to control and manipulate us in harmful ways that we hadn’t imagined.

There’s something wrong
This picture’s off
What’s under your profile?
Did I do wrong?
Who can tell
When truth is gone
There is no cybersecurity