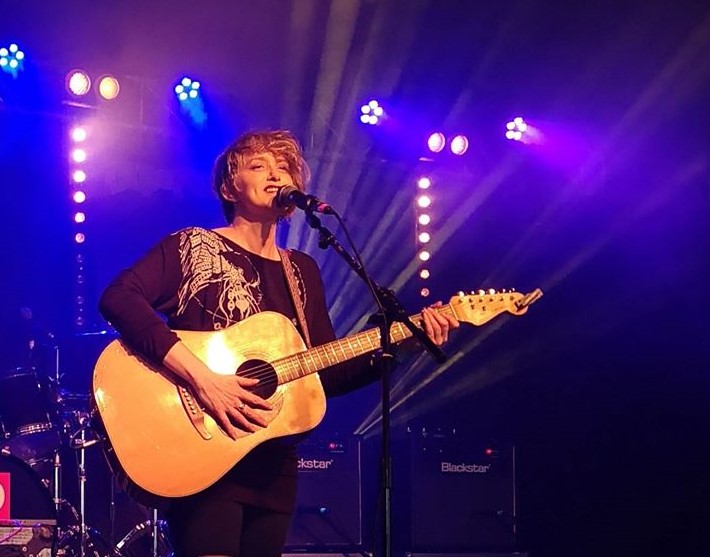 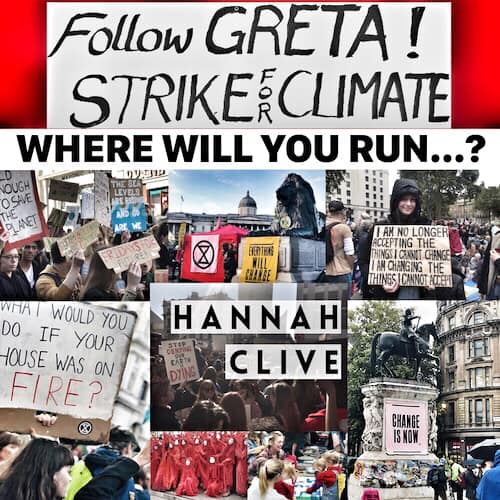 Hannah Clive is a lovely and engaging singer/songwriter based in London, England who writes from her heart and soul. Influenced by such legendary ladies of song as Adele, Carole King, Kate Bush and Janis Ian, Hannah pens observational, often personal songs that cross many genres, including indie rock, folk, pop, alt-country, blues and jazz. Two years have passed since she released her stunning single “Remember to Breathe” (which I reviewed), and she now returns to grace our ears with a brand new single “Where Will You Run?” Inspired by the outspoken and courageous young Swedish activist Greta Thunberg, the song is a heartfelt clarion call for action to address the existential global threat of climate change. It’s an important message, which is why I’ve chosen it as my New Song of the Week.

The song was written by Hannah and her frequent collaborator Brian Tench (Kate Bush, Hounds of Love, Bee Gees), who also produced the track, along with assistance from his son Jake. The song has a haunting melody that beautifully evokes the seriousness of the subject. Brian employs a rich mix of dark, swirling keyboards and pulsating percussive synths to create an arresting soundscape for Hannah’s enthralling vocals. She has a marvelous singing voice, going from whispered purrs to impassioned pleas with ease, to great emotional effect. It’s a beautiful and deeply moving song.

But the change is not fast enough
Do you need to watch it all burn up?
Before you ditch that coffee cup, where will you run?
When the seas rise, fish will die
When all is lost is that when you’ll cry?
We all wanna live ‘n’ thrive, where will you run?

Hannah also produced an excellent promotional video for the song that’ worth watching: