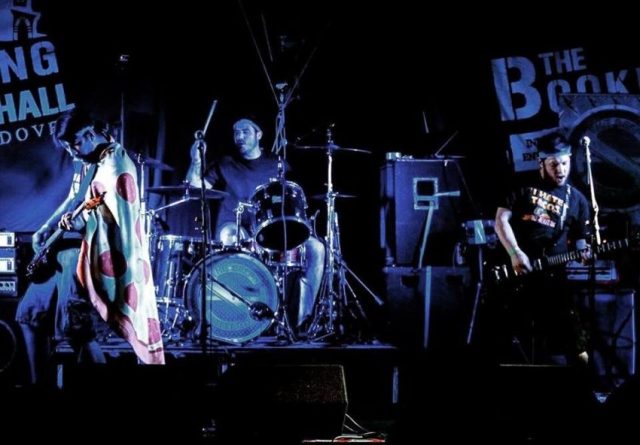 Just from their name alone, it’s clear that any music coming from a band who call themselves Melisandre’s Beaver is guaranteed to take listeners on a wild ride. Influenced by some of their favorite bands like Green Day, Blink-182, AC/DC, Weezer, Reel Big Fish and Tenacious D, they play a rowdy style of music they refer to as ‘spicy punk’, which pretty much nails their frenetic, head-banging sound. Formed in 2016, the Dover, England-based band now consists of Daniel Drew (guitar, lead vocals), Sam ‘Mac’ MacNamara (bass, backing vocals) and James ‘Nesbo’ Nesbitt (drums, backing vocals). As for their provocative name, they explain it was chosen “after a lengthy ‘you had to be there at the time’ joke from our mate Tom.  Melisandre’s Beaver are three mates who decided that our friendships were so good, we needed to start a band to calm things down.” 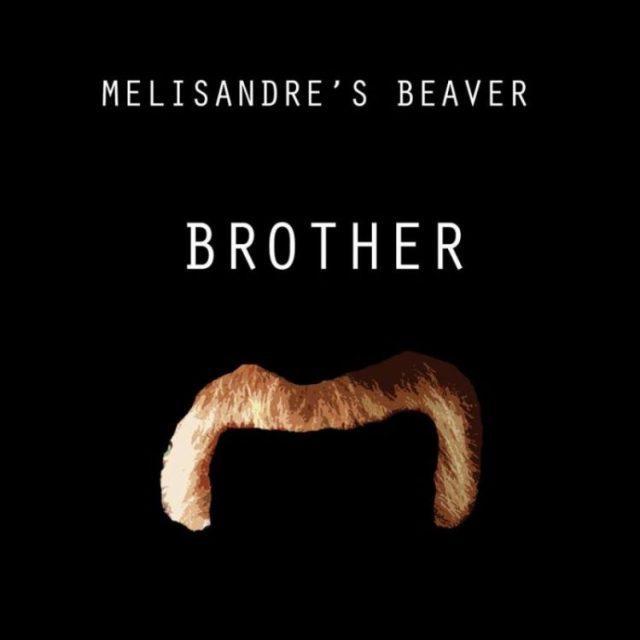 They released a terrific debut EP No Offence Meant, Plenty Taken in 2017, and followed a year later with their fireball of an album If Only We Were Serious, featuring 13 mind-blowing bundles of sonic dynamite. In late September, they returned with an outrageous new single “Brother” and its B-side “Never Be That Cool 2019”. “Brother” is a hilarious ode to Hulk Hogan, the retired pro wrestler and TV personality.

According to a great write-up about the band on The Sweet Distortion Blog, the idea of writing a song about Hogan was born from a trip to Oxford that Drew and MacNamara took with a few friends. They spent five days on a small boat, dressed as pro wrestlers who “beat the shit out of each other. Drew was dressed up as Mankind/Cactus Jack and MacNamara was dressed up as Hulk Hogan.” When they got home, they began watching Hulk Hogan videos online and laughing at how ridiculous his act was. “A massive orange leathery balding beefcake. He’s like a cartoon character. All show, Doesn’t give a fuck, he’s all about the people and the showmanship. The song explores his nature of being a badass, unstoppable, torrent of showmanship along with some of his ridiculous well-known phrases thrown in.”

The track opens with a voiceover snippet from one of Hogan’s shows, then explodes with a bombastic onslaught of raging guitars, driving bass and smashing drums that never lets up for a second. Drew’s fiery riffs slice through the airwaves like a machete-wielding banshee, and Mac’s intricate bass line is a thing of wonder. The interplay between them is fucking incredible, and combined with Nesbo’s relentless, pummeling drumbeats, “Brother” delivers all the heavy punk rock goodness one could possibly hope for. Drew’s powerful vocals are aggressive and raw as he all but screams the lyrics, matching the music’s intensity note for note.

The zany video for “Brother” was shot by Mac’s sister Emily and edited by him, and showcases the band’s playful, high-energy live performances. Filmed in a car paint spray booth owned by Mac’s dad, which the guys filled with soft play equipment to create the feel of a wrestling ring, they dressed up in tight spandex, wigs, sunglasses and walrus mustaches to parody Hulk Hogan. The Sweet Distortion Blog article stated that after filming the video, the band “experienced what those in the removals business call ‘The Gray Lung’. The car spraying booth being covered in dust left the band hacking up their lungs afterwards.” Didn’t someone once write about suffering for the sake of one’s art, or something to that effect?

“Never Be That Cool 2019” is a remake of a track that first appeared on their EP No Offence Meant, Plenty Taken. This version is 37 seconds shorter, which is achieved by a much faster tempo than the original, which to my ears had a Weezer/Blink-182 vibe. Thanks to the sped-up tempo and harder-driving music, the new version has a more of a punk rock feel, sounding like a song Green Day could have recorded. Also, Drew’s gruff vocals remind me a bit of Mick Jagger, giving the track an edgier feel. I like the original, but I like this remake even more.

The lyrics speak to feeling like a bit of a boring loser, who will never be cool enough:

Watchin MTV2 when I get home from school
Darling I’m obsessed with my cesspool
I’m probably not the greatest , I’m sure I’ll never make it
and I’ll definitely never be that cool

3 thoughts on “MELISANDRE’S BEAVER – Double-Single Review: “Brother/Never Be That Cool 2019””