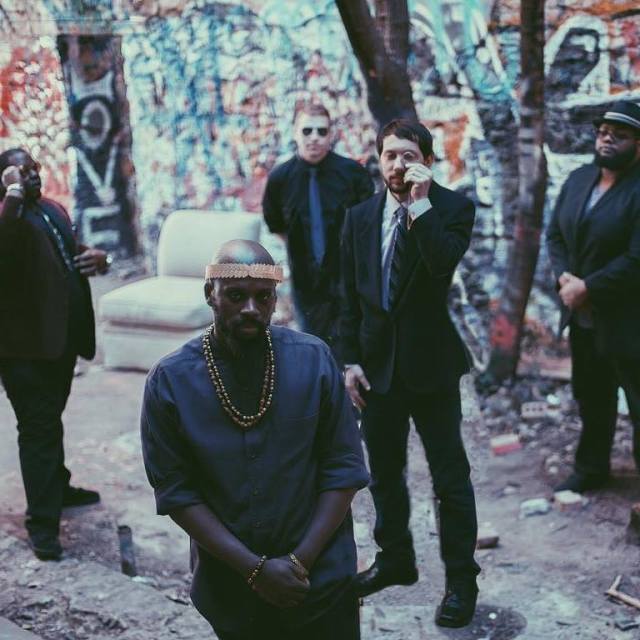 St. Louis music innovators iLLPHONiCS are more than a band, they’re an identity. They’re also a rarity, in that all five individuals in the band are founding members, and since 2006, they’ve consistently made some of the most groundbreaking music to come out of the St. Louis music scene, if not the entire Midwest. Their infectious, high energy sound incorporates elements of hip hop, rap, R&B, soul, pop, jazz and funk, with stylish compositions and harmonic vocals that grab and hold listeners and audiences rapt attention. The five band members include lead singer/emcee Larry “Fallout” Morris, Keith Moore (keyboards, backing vocals), Kevin Koehler (lead guitar, backing vocals), Simon Chervitz (bass) and Chaz Brew (drums, backing vocals).

I had the pleasure of reviewing their superb fifth album Gone With the Trends in 2016 (which you can read here), and in 2017 they followed with Purple Piano Society,  which was named one of St. Louis’ best albums of 2017 by The Riverfront Times.  Now the band is set to release their first Digital 45 entitled “X-Rated” on Friday, May 25. “X-Rated” will include two songs, an A-side “Breathe Like” and a B-side “Green Note$.” The band calls the Digital 45 “a comfy middle ground between the paltry single and the increasingly trendy EP.” “X-Rated” will be available to stream on Spotify and Soundcloud, among other platforms. The band requests all downloads be purchased from their Bandcamp account.

A week later, on Saturday, June 2, iLLPHONiCS will celebrate the release with their first St. Louis live performance of 2018 – “A Sensory Experience,” to be held at the Stage at KDHX, starting at 8 pm. Tickets are $10 and available in advance through Ticketfly. The band will be collaborating with Captured Planet on visuals for the event, which will also serve as a kind of ‘unofficial’ release party for ‘X-Rated.

iLLPHONiCS went on tour in 2017 to promote Purple Piano Society, performing in Detroit, New York and Boston, among other cities. Then they spent this past winter writing new songs, the first of which are the two now being released. Regarding these new songs, band frontman and emcee Larry “Fallout” Morris explains: “Musically we have melded many types of genres but the one genre we haven’t explored the most is Hip-Hop. It only makes sense that we go deeper into what’s at the core of our sound.”

“Breathe Like truly is what it is. We all have physical desires and fantasies, and they are even better when you’re engaging with someone who shares the same passion for you, as you for them. Being able to act upon those things and being open with your partner (and vice versa) is a beautiful thing and something worth celebrating. I appreciate love songs and the beauty of intimacy, but sometimes you got to kick it up a notch. This keeps things interesting!”

“Green Note$ is inspired by my own experience but also by stories I’d get from my cousin and bandmate Chaz, who at one point used to frequent gentlemen’s clubs often. I know many regular people who attend strip clubs, and I feel that it’s awkward that society often looks down on the profession, especially when we are embracing sexuality in ways they didn’t when my parents were growing up. I also play on the power dynamic, because even though some unfortunately may see the profession of stripping as “lowly,” I see the power in a person being able to seduce an individual to come off some cash.”

“Breathe Like” has a slow and sexy hip-hop beat, with background breathy sounds that continue throughout the track. Cool synths and a crisp snare drum are the dominant instruments, but there’s smooth bass and terrific harmonic vocals holding it all together. Morris croons “I love when you bend down and let me feel some.” And “Green Note$” features sparkling synths and smooth guitar set to a mesmerizing beat. The harmonizing vocals are especially nice on this track, but then that can be said of all iLLPHONiCS songs. They’re both exceptional tracks, and fresh proof that, after 12 years of making music, this band is still at the top of their game.