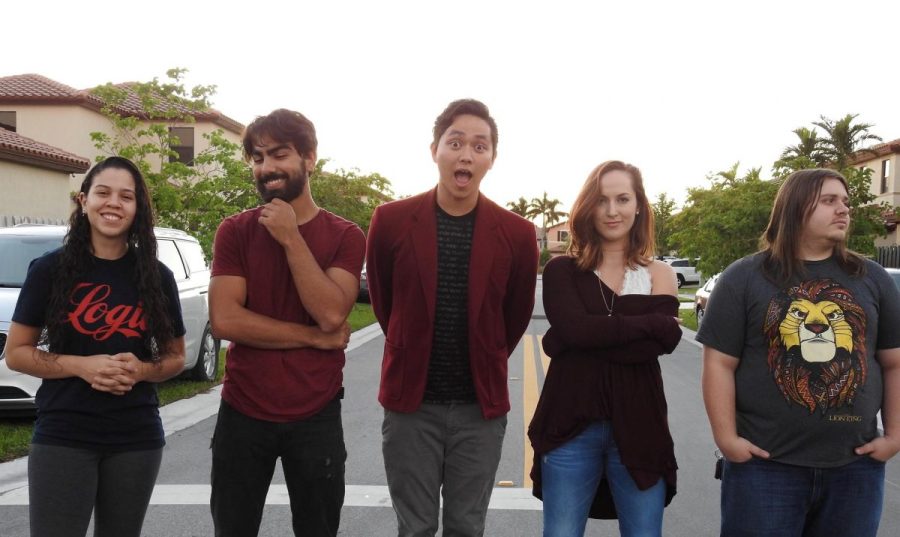 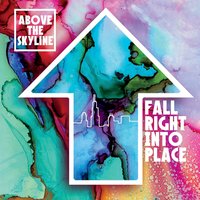 Alternative rock band Above the Skyline has been making a major impact on the South Florida music scene over the past few years. Beginning with the release of their acclaimed 2015 EP A Different Breed, the Miami-based band followed up with a superb album Go For Broke in 2016 (which I reviewed). They’ve now dropped a terrific new album Fall Right Into Place, and they sound better than ever. Their songwriting and musicality have continued to mature, with more complex melodies, a fuller, more expansive sound, greater confidence in their vocals, and tighter production values.

Making up the band are Eric Green on guitar, Zach Wood on keyboards and vocals, Chloe Santiago on drums, Alec Enriquez on bass, and Sierra Karr on vocals. Having both a male and female lead vocalist is relatively rare among bands, and gives Above the Skyline’s sound a greater vibrancy. And it’s an added bonus when both singers have great voices. This is clearly evident on the lively opening track “Shadow,” where Zach and Sierra sound awesome both individually and together. Their vocals harmonize together so beautifully that they’re a real pleasure to hear. The guitar and drums are on-point, and the glittering keyboards are especially nice. 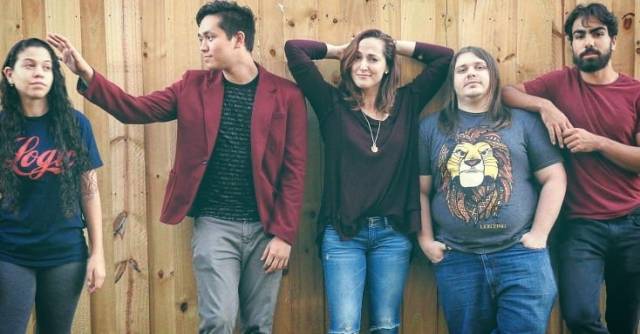 Next up is “Fears,” a catchy, uptempo song that’s one of the album’s standouts. Once again, Zach and Sierra sound fantastic as they sing about being afraid of getting romantically involved: “What are you afraid of? What are you afraid of darling? Show me what you’re made of. Are you into strange love? If what you fear is what you want, lend me your ear. Do you love me not?” The instrumentals are superb, and I love Alec’s bass riff opener that continues throughout the track. The entertaining video shows a vintage TV screen with footage from horror films interspersed with scenes of the band members acting silly.

The wonderful kiss-off “Empêcher” starts off with a piano riff and military drumbeat, then explodes with Eric’s shredded guitar, Alec’s buzzing bass and Chloe’s crashing cymbals. Zach and Sierra snarl the biting lyrics “You’re a waste of time, no no no. You’re a waste of life, no no no. Tell me what can you do on your own. You’re impeached now, go home!” On the hard-hitting rocker “Do the Same,” the band’s skilled musicianship is on full display. All the instrumentals sound completely in sync, with strong piano keys holding their own with the aggressive layered guitars, bass and drums.

The band’s talent for writing romantic ballads is evidenced by “She Waits,” a beautiful piano-driven song about two lovers separated by time and distance, longing to be together again: “Let me tell you a little story that was made for two. Who knows it all, who is one to judge. All we know for sure is his sweetheart waits for him to get home.” The lush, sweeping orchestration in the bridge is gorgeous, and Zach and Sierra’s soaring heartfelt vocals bring chills. It’s one of my favorite tracks on the album.

At the album’s halfway point is “Kairi’s Melody,” a lovely minute-long instrumental interlude with a Coldplay vibe. The next few tracks showcase the band’s signature piano-driven, high-energy rock sound. “Crazy Place,” “Aegis” and “Breathe In” are fast-paced tunes with some amazing riffs, and Zach and Sierra sound great as always.

The band lets loose on the rousing “No Money,” another one of my favorite album cuts. The song is straight-up rock’n’roll with an exuberant foot-stomping beat pounded out by Chloe’s skilled drumming. The jazzy interlude in the bridge, courtesy of some really fine piano, sax and xylophone, is marvelous. Zach and Sierra fervently wail “We don’t care about your money. We just want your attention.” It’s an awesome track.

The album closes with the pop-rock track “Inside Your Brain.” The band employs all the instruments in their arsenal – keyboards, guitars, bass and drums – plus string synths to create a lush, dynamic soundscape. Zach and Sierra’s impassioned vocals plead for honesty from a loved one in a relationship that’s failing: “If I could pick your brain I’d resolve the things that are better left unsaid / Don’t tell me it’s not too late / Stop playing your game. What can I possibly do to get inside of your brain?”

With Fall Right Into Place Above the Skyline delivers another solid, well-crafted album, giving us every indication they’re a band that takes their music seriously while still having fun. I’m happy to have had the opportunity to review both of their albums, and look forward to doing more as their musical journey continues.

4 thoughts on “ABOVE THE SKYLINE – Album Review: “Fall Right Into Place””