I’ve featured hundreds of bands on this blog since I began writing reviews in early 2016, and have to say that some of the best hail from the United Kingdom. And among all those great British bands, one that impressed me from the start is alternative psychedelic group Future Theory. Blending elements of alternative and progressive rock, psychedelia, grunge, shoegaze and funk, they write especially compelling songs characterized by lavish, complex instrumentation, intelligent lyrics and mesmerizing vocals. Like many bands, the Lincolnshire-based foursome has undergone some lineup changes over time, and now consists of Max Sander on rhythm guitar and vocals, Chris Moore on lead guitar, Jacob Brookes on bass and Tom Paton on drums, although for the recording of their latest single “Hang Your Hat“, former band members Rex Helley played bass and Rohan Parrett played drums.

I first wrote about them in April 2017 when I reviewed their fantastic 2016 debut EP Fool’s Dream, then twice in 2018 when I reviewed their excellent singles “Fractured Nation” and “Peace of Mind”. (You can read those reviews by clicking on the links under ‘Related’ at the end of this post.) Now the Lincolnshire-based foursome are back with “Hang Your Hat”, their first new single in more than three years. The lead single from their forthcoming self-titled debut album, the song is a biting kiss-off to a romantic partner who’s been unfaithful, and broken the bonds of trust in the relationship. The track was recorded at 2fly Studios by Alan Smith (Arctic Monkeys, Reverend & The Makers, 65daysofstatic), mixed and produced by Koncide (aka Chris Hengmith), Max and Chris, and mastered by Yves Altana and Chris Ree.

Musically, “Hang Your Hat” is a marvelous feast for the ears, with some of the more dramatic and varied guitar work I’ve heard packed into one song in a long while. The song opens with a fairly intense instrumental flourish like you’d normally hear in a bridge or chorus, with a barrage of fuzz-coated psychedelic guitars and lots of crashing cymbals. At around 25 seconds, the music calms to a languid bass-driven groove, accompanied by strummed guitar and light drums as Max begins to sing in his distinctive sultry croon. Those gnarly guitars and aggressive rhythms ramp back up in the chorus, then transition back and forth in another verse and chorus, punctuated with beautiful chiming guitar notes and highlighted by a killer reverb-soaked guitar solo in the bridge.

I love Max’s vocal style that’s equal parts sensuous and raw, and enhanced by echo and reverb that render them particularly effective here in conveying the bitterness and pain expressed in the lyrics: “I don’t want to do this anymore. Where did you go last night? I said I’d lose my mind, where did you go last night? Got to be, where did you hang you’re hat? You’re gonna need that some day, pick it up wrap it up, just for today.” In the calmer moments, he almost sounds a bit like Anthony Keidis of the Red Hot Chili Peppers, not a bad thing at all.

With “Hang Your Hat”, Future Theory return in fine form, proving they haven’t lost their stride one bit during their hiatus. It’s a very strong track, and I’m confident we’ll be hearing more gems from them in their forthcoming album. 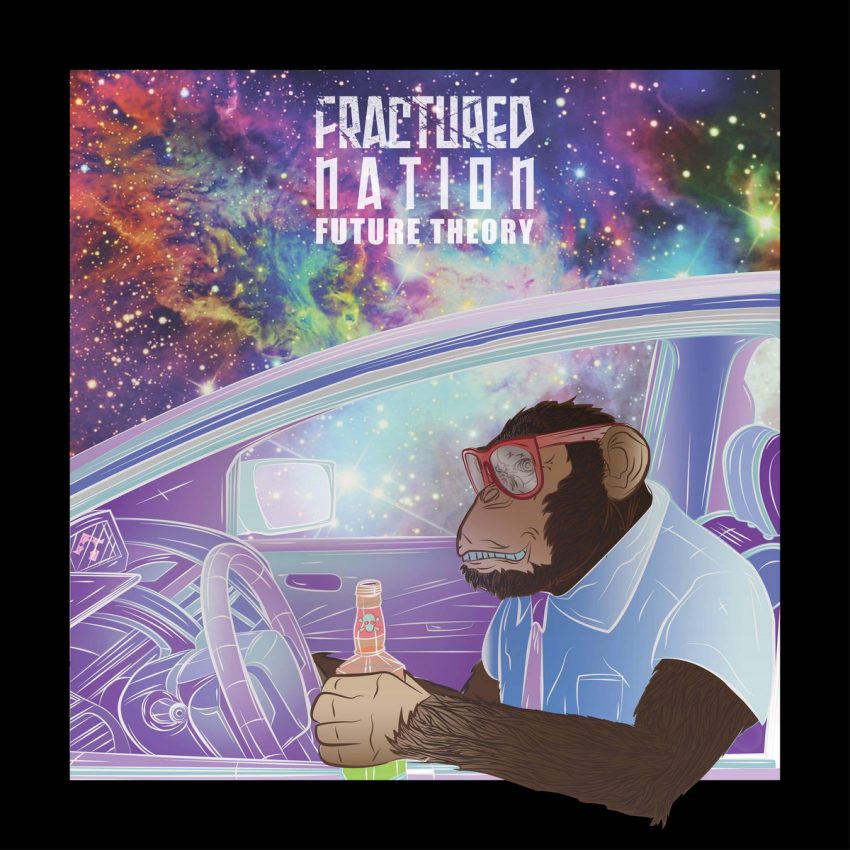 I seem to be revisiting a lot of artists and bands lately that I’ve previously featured on this blog, as many of them are releasing new music. One of them is the astonishingly talented UK band Future Theory.  The Lincolnshire-based foursome consists of Max Sander on rhythm guitar and vocals, Chris Moore on lead guitar, Rex Helley on bass, and Rohan Parrett on drums. Drawing inspiration from bands such as Radiohead, Pink Floyd, Audioslave, Queens of the Stone Age and The Verve, they’ve developed a lavish sound built on elements of alternative and progressive rock, shoegaze, psychedelia and funk. I’m not exaggerating when I use the word ‘astonishing’ to describe them, as their outstanding music has a complexity and depth that’s impressive for such a young band. And if that weren’t enough, Max’s amazing vocal style exhibits a nuanced emotional intensity that seems mature beyond his years.

Future Theory released their magnificent debut EP Fool’s Dream in 2016 (which I reviewed), and now follow up with a brilliant new single “Fractured Nation,” which dropped today, the 27th of April. The songs on the EP were all spectacular, setting a very high bar for the band, and “Fractured Nation” not only reaches but leaps over that bar.

The track is fantastic, with exuberant layers of chiming and distorted guitars, sparkling synths and Rohan’s wildly crashing cymbals. Max’s sultry impassioned vocals are captivating as he croons “There’s no syncopation in this fractured nation. It’s like druids spinning around. Zone in zone out. I feel the whole world slipping inside out. Is that what people dream about?” At about the halfway point, our eardrums are greeted by riffs of chiming guitars so stunning they bring chills. The music continues to build to a crescendo, before ultimately dissipating into an extended distorted guitar note lasting fifteen seconds to close out the track. It’s perfection from start to finish, and I’m elated that Future Theory has delivered such a marvelous song for our listening enjoyment. I’m excited to hear what musical delights they come up with next.

Catch Future Theory at one of these upcoming shows: