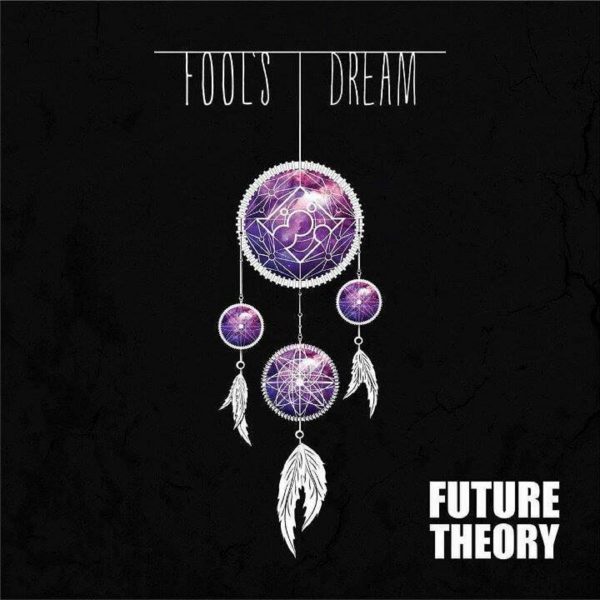 To prepare for writing a music review, I start by immersing myself in the artist or band’s music in order to fully understand and evaluate the various elements of the lyrics, instrumentals, vocals and production values. In most cases, I come to more greatly appreciate the music the more I listen. And every now and then, I find myself falling deeper in love with the music each time I hear it. Such is the case with the incredibly talented UK band Future Theory. Last October, 2016, the foursome dropped their debut EP Fool’s Dream, and it’s nothing short of spectacular.

Future Theory is made up of Max Sander on rhythm guitar and vocals, Chris Moore on lead guitar, Rex Helley on bass (although Jake Scarbro was bassist at the time the EP was recorded), and Rohan Parrett on drums. Taking inspiration from such bands as Radiohead, Pink Floyd, Audioslave, Queens of the Stone Age and The Verve, the Lincolnshire collective have developed a lavish sound built on elements of alternative rock, shoegaze, psychedelia and funk. Furthermore, their skillful musicianship and intelligent songwriting are all the more striking given their youth (I believe they’re all under the age of 21).

Fool’s Dream starts off with “Eye of the Storm,” a dynamic and beautiful track overflowing with intricate, jangly guitars, sharp percussion and soaring melodies. Sander’s mesmerizing vocals have a sultry vulnerability as he sings the lyrics “Here I stand upon the sands. Stranded here in no mans land. Said I’m through with lies, but now I see.”  The track closes with a scorching guitar solo and a brief flourish of distorted guitar at the very end that conjures up images of a storm that has finally spent itself.

Now is a good time to state flat out that Sander’s sensuous and startlingly mature-sounding vocals are a thing of wonder and, to my mind, a defining element of Future Theory’s sound. It’s astonishing that a man of his young age could vocalize with such nuanced emotional intensity. When combined with the band’s dazzling instrumentals, his captivating vocals result in songs of exceptional caliber.

The title track “Fool’s Dream” is an achingly gorgeous song about realizing that your love interest isn’t quite what you’d hoped, thus shattering your dreams. Sander moans “Why is the glass always half empty when you’re around? Sense of frustration now, stretching my mind. Oh I feel all down.” The swirling guitars and crystalline synths are, well…dreamy.

The guys lay down some terrific psychedelic grooves on “Horses.” Shredded and distorted guitars duel with thumping bass, crashing cymbals and glittery synths, creating tension as Sander seductively croons “See the horses, they’re the only ones who know motive. / Another scene, another slaughter, when enemies hold their line. / Woah oh oh oh horses, why won’t you take me away.” They funk things up on “Listen Closely,” with lots of jangly guitars layered over funky bass and a driving beat. The guitars on this track are so good!

The final track “Horses (Koncide Remix)” is a spellbinding EDM/techno re-imagining of “Horses.” Gone are the layered guitars, and in their place are complex, multi-textured synths that create a dramatic, yet dreamy, soundscape. It’s the perfect ending for a fool’s dream.