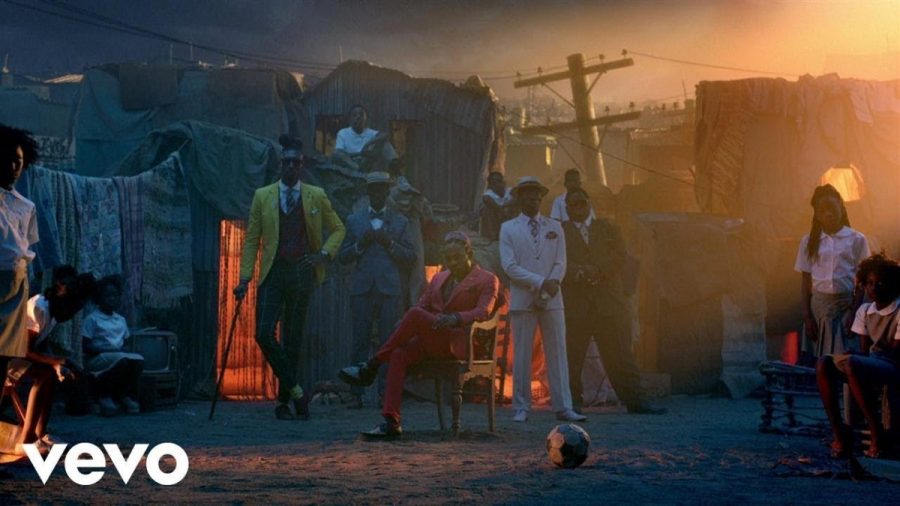 The song at #51 on my list of 100 Best Songs of the 2010s is “All the Stars” by songwriter and rapper Kendrick Lamar and singer-songwriter SZA. One of many outstanding songs featured on the soundtrack for the hit superhero film Black Panther, the gorgeous song is a stylistic departure for Lamar. Unlike most of his rap-heavy hip hop songs, “All the Stars” is highly melodic, with vibrant sweeping synths and lush orchestration, set to a strong thumping drumbeat. His vocals are mesmerizing and powerful as he sings the biting lyrics about duplicity and betrayal, while SZA captivates with her bewitching soulful vocals. She passionately sings about her inability to resist another’s charms despite the fact he’s no good for her, always putting her faith in love and the stars: ” This may be the night that my dreams might let me know / All the stars are closer.”

The song received much critical praise, but also a few withering reviews. Most critics and fans much prefer Lamar’s edgier rap songs like “Alright” and “HUMBLE” for their artistic innovation and how they speak to issues in the Black community – which I certainly appreciate – however, I’m just personally more drawn to this type of beautiful and melodic song. Sheldon Pearce of Pitchfork called it “generic and so nondescript that it reeks of compromise, devoid of personality or any true vision, and pales in comparison to both Lamar and SZA’s recent works,.” Well I say screw him! He’s entitled to his opinion and I’m entitled to mine, and I love it!

The dramatic and richly colorful video, directed by Dave Meyers and the little homies, is visually stunning, and one of the best of the year.