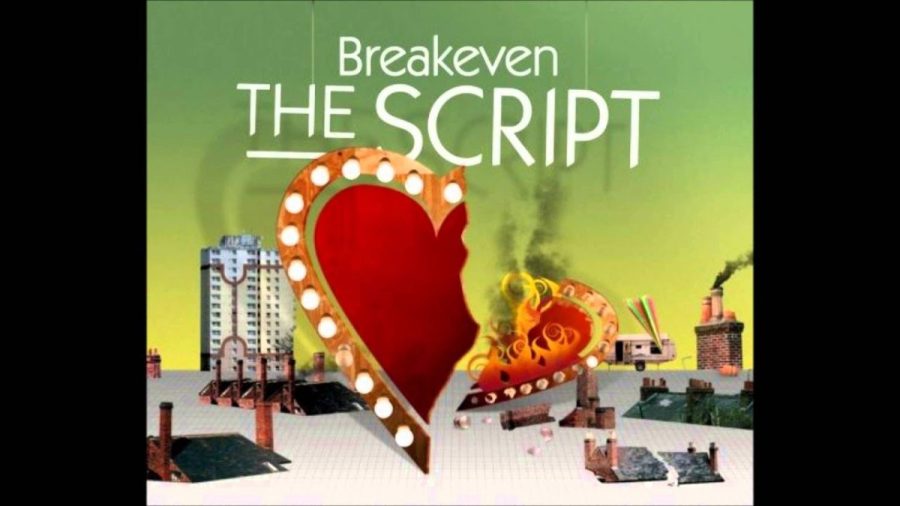 We’re now halfway through the countdown of my list of the 100 Best Songs of the 2010s, and #50 is “Breakeven” by Irish alternative rock band The Script. The beautiful song is also one of the saddest and most bittersweet on this list. From their self-titled debut album The Script, “Breakeven” was actually released as a single in the previous decade, in late November 2008. It quickly became a hit in Ireland and the UK, but didn’t appear on the U.S. music charts until a year later in late 2009. It eventually peaked at #13 on the Billboard Hot 100 and #1 on the Adult Top 40 charts in May 2010. It was one of my favorite songs of that year, so as far as I’m concerned, it qualifies for inclusion on my list of best songs of the 2010s.

“Breakeven” is about how the breakup of a relationship can affect each of the two parties involved quite differently, leaving one feeling free while the other is heartbroken, and unable to move on: “I’m still alive but I’m barely breathing. Just prayed to a God that I don’t believe in. ‘Cause I got time while she got freedom. ‘Cause when a heart breaks, no, it don’t break even.” The lovely mix of strummed acoustic and chiming guitars, snappy drums and sparkling keyboards provide a stirring backdrop for lead singer Danny O’Donoghue’s heartfelt vocals that beautifully convey feelings of intense sadness and desolation after a painful breakup: “What am I gonna do when the best part of me was always you? And what am I supposed to say when I’m all choked up and you’re OK? I’m falling to pieces..”

The guitar work on this song is phenomenal, and it always impresses me when musicians choose just the right kinds of guitar notes and textures – along with any and all other instruments for that matter – to make their songs sound the very best they can be.