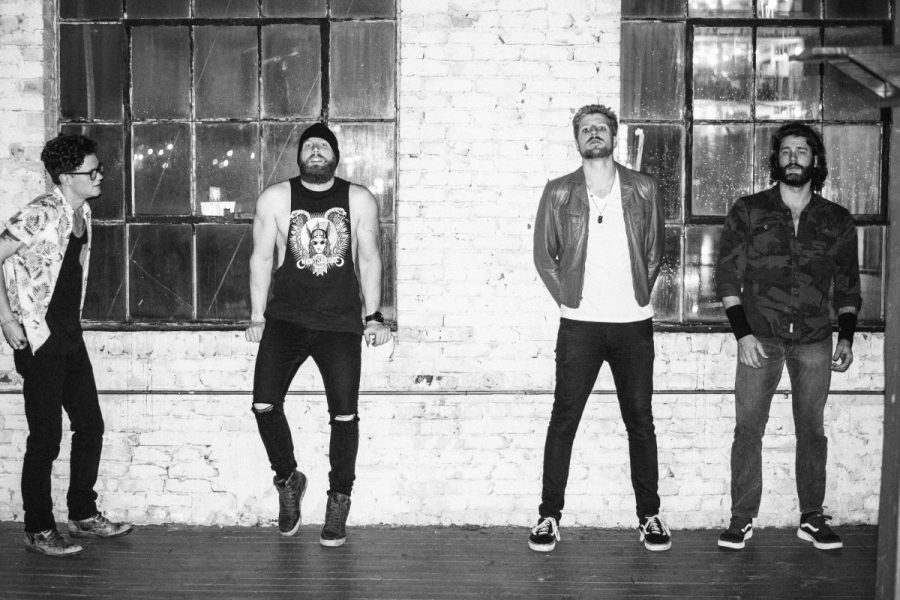 Predictions that rock is a dying genre have been made for years, and despite the fact that not much of it seems to appear on the Billboard Hot 100 chart anymore, there’s still a lot of really great rock music being produced by musicians in America and around the world. One act doing their part to keep rock alive and well is Nashville, Tennessee band The Ivins. Consisting of brothers Jim and Jack Ivins (with Jim on guitars & vocals and Jack on drums), Hatton Taylor on lead guitar, and Regan Akers on bass & vocals, they make a hard-hitting, guitar-heavy style of rock they refer to as “Loud Alternative”. I’ve featured them twice on this blog, first in June 2017 when I reviewed their phenomenal debut album The Code Duello, then again in April 2019 with the review of their single “Certain”. (You can read those reviews by clicking on the links under “Related” at the end of this post.)

Earlier this year, they released a beautiful cover of Halsey’s song “Graveyard”, then followed in July with “Composure”, a song addressing personal serenity and overcoming anxiety that was written and recorded remotely during the COVID-19 quarantine. Now they’re back with “Bloom“, the second in a series of singles they plan to release every two months for the foreseeable future, and which will be featured on their forthcoming second album Conditions. 2020 also saw The Ivins earn a nomination for Best Alt Rock band at this year’s Nashville Industry Music Awards, and Jim Ivins spearheaded a Nashville-centric collaborative album called Quarantunes, which featured more than 50 Nashville musicians, including members of Florida Georgia Line, 3 Doors Down, Daughtry, Tonic, Relient K, CKY, Accept and The Dear Hunter.

“Bloom” is another rousing banger, with an onslaught of jangly and reverb-soaked gnarly riffs delivered by Jim and Hatton’s dual intertwining guitars. Regan drives the powerful rhythm forward with his pummeling bass line while Jack smashes his drum kit with his signature brute force. The blistering guitar solo in the bridge is terrific, as are Jim’s fervent vocals as he sings of his love and devotion to someone who makes him a better person: “That you are with me is just all I need to know. You are the water that makes all my dead leaves grow and cleansed them from poison to thrive in bloom.” He told me that the song was inspired “from personal experience in being a very lost person kind of floating through life, and how it really only takes one person and one connection to turn everything around.