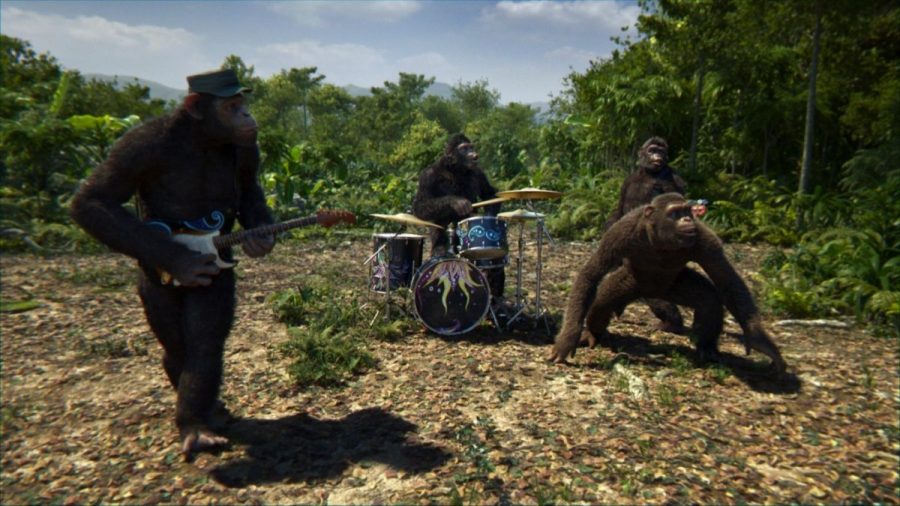 Coldplay pulled out all the stops with “Adventure of a Lifetime”, which was released in November 2015 as the lead single from their seventh studio album A Head Full of Dreams. That album was a stylistic departure for the band, as they wanted to make something more colorful and uplifting than their previous works. And though they’d collaborated with other artists on some of their songs in the past (such as Rihanna on “Princess of China”), this album saw them collaborate with many more artists, including Beyonce, Noel Gallagher, Tove Lo, Khatia Buniatishvili and Merry Clayton.

The whimsical video. directed by the band’s long-time collaborator, Mat Whitecross, shows the band members transformed through the magic of CGI into gorillas cavorting about in the jungle. According to The Guardian, the video was shot at The Imaginarium, where the reboot series of Planet of the Apes and parts of Avengers: Age of Ultron and Star Wars: The Force Awakens were filmed. Hannah Clark, the producer of the video commented, “As creatures go, chimps are one of the more difficult to animate. Not only are they quite human in their movement, but they are covered in hair. Add to this that we had no backgrounds shot, and we were asking an awful lot of any post-collaborator.”

The band’s faces were covered in a special, reflective and light-catching make-up that allowed the computers to appropriately interpret the video feed and create renders of the chimpanzees’ characters. The band members didn’t play real instruments, but instead held similarly-shaped objects that enabled creation of realistic body positions. The video took six months to complete, and has been viewed more than 1.1 billion times.