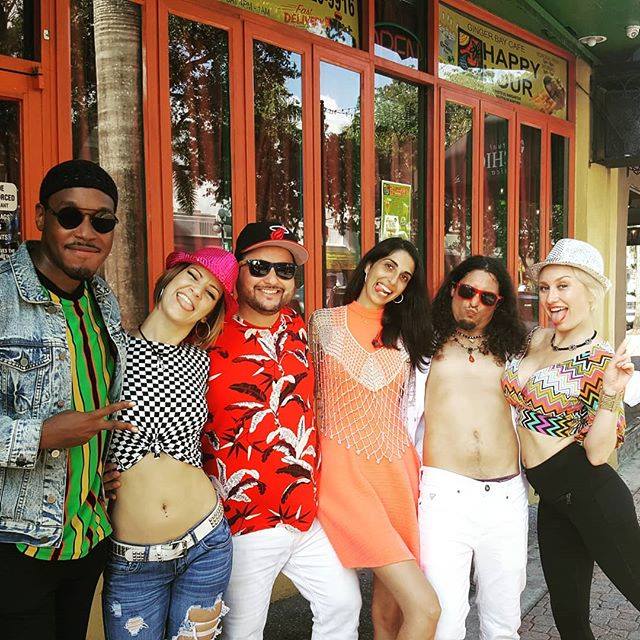 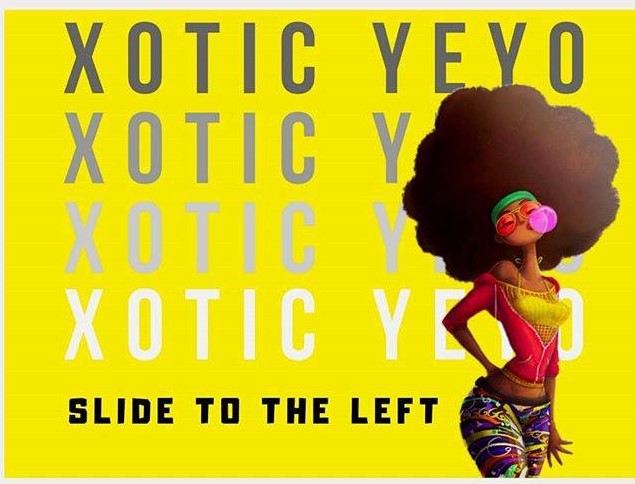 Miami dance-funk band Xotic Yeyo are three zany guys with the coolest name, and they’re bound and determined to get our asses on the dance floor. Serving up the funky psychedelic grooves are Stu Sauce on guitar and lead vocals, Rod Reiter on bass and backing vocals, and Cody Orange on drums. Their fun, upbeat sound is influenced by funk greats like Parliament, Curtis Mayfield, Average White Band, Prince, Gil Scott Heron, Phish, Primus and Jamiroquai, among others.

The guys dropped their debut EP Down 2 Funk in late 2016, and followed up in Spring 2018 with a full-length album Chocolate Decadence, featuring 10 tracks guaranteed to funk you up! (I reviewed both releases, and you can check them out in the links under “Related” at the bottom of this post.) The risqué artwork for their EP and album are a good indication of their playful attitude and approach to their music: don’t take yourself too seriously, let loose, and have a good time. With that philosophy in mind, they now return with funky new single “Slide to the Left“, along with a fun and campy video.

The song is essentially about getting down on the dance floor and having fun. The track opens with electronically altered vocals that lend a spacey psychedelic vibe, then Stu lays down a funky riff that gets us on our feet, turning wobbly in the bridge. He challenges us to get into the groove: “Are you ready to get funky tonight!” Rod and Cody keep a tight rhythm with their funked-up bass and cooler than cool drums. It’s an infectious feel-good track guaranteed to bring a smile to our faces and put our hips in motion!

The song was recorded at City of Progress Studios in North Miami by DJ Spam of the Spam Allstars, and mastered by Eli S. Oyola at Trackset Studios in Winter Haven. Guest musicians include Mpa Melanie on backing vocals and Oski Gonzalez on congas.

The delightful video depicts Stu as a sort of funky pied piper, using his sexy moves to attract people on the street to join him in the latest ‘slide to the left’ galactic dance craze. It was filmed by Dave E. Drones of Dream Kinetics, and stars Stu as Disco Funk Jesus, along with band members Rod Reiter and Cody Orange. Also appearing in the video are band friends Aimee Beah Moore, Kyra Kennaugh, Sarah Worgess, Sharon Dubash, Danielle Livingston, Evan Hoffman, Jose Deveaux, Jessica Bass and Brook Hamilton. 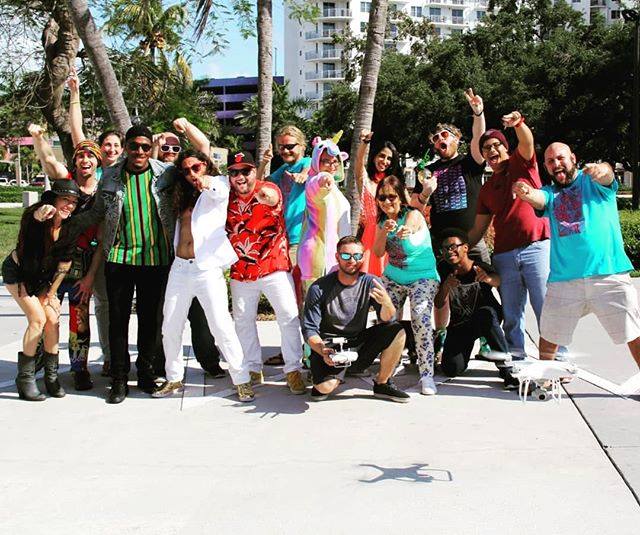