Foster the People are one of my favorite bands (see the header photo on my Twitter page), so I’m always thrilled when they release new music and videos. For those not familiar with the band, the members include front man and lead vocalist Mark Foster, drummer Mark Pontius, and multi-instrumentalists Isom Innis and Sean Cimino. 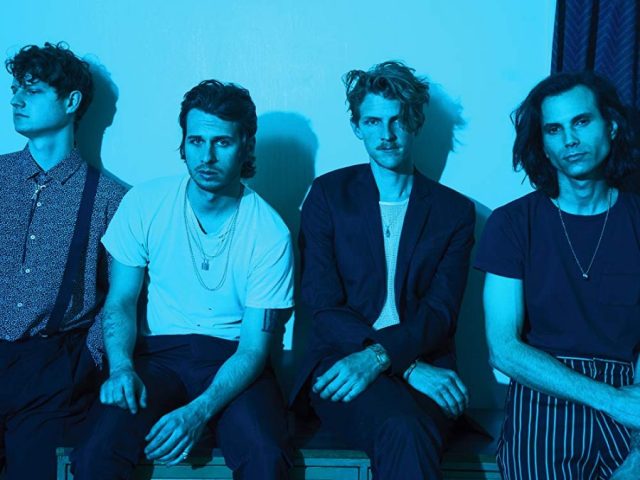 Their latest single “Style“, which dropped on March 22nd, is a departure both musically and stylistically (no pun intended) from their last few singles “Worst Nights”, “Ride or Die” and “Sit Next to Me”, all of which had a more laid-back and upbeat pop sensibility. “Style” is darker in tone, with gnarly synths, buzz-saw riffs and deep, pulsating bass that give the track a gritty, heavier vibe. As the track unfolds and Foster’s fervent vocals enter, a catchy, toe-tapping beat kicks in, along with additional spacey and melodic synths that provide a nice counterpoint to the driving bass line. I’ve had this song on repeat all morning, and can’t get enough of it!

Lyrically, “Style” sees the band taking a stand on issues facing society today, and is a clarion call for people to speak their truths with courage, and rise up against the tyranny imposed by those seeking to keep us enslaved through fear, thought control or craven appeals to greed. About the song, Foster recently explained on Twitter: “I’ve been wrestling with certain themes since we put out “Torches”. I guess it’s my way of processing the law of chaos and random happenings in our universe. There is hope for the underdog. I like to fight from the ropes. I never like to feel like I’m on top of the hill…this song is another facet of that same story. When we face the question of our own mortality, we are free to live our lives without fear.”

The surreal, richly chromatic video for “Style”, which was written and directed by Foster and produced by Sam Canter & Julia Rudyak, opens with Foster sitting with the other band members in a red-lit room, then getting up and walking over to balcony, whereupon he addresses a rapt crowd in a dark warehouse/club (reminding me a bit of Evita speaking to her public from a balcony). Foster sings to the crowd: “We’re born to die so I’m gonna fight for how I wanna live. Spark up the riots, I guess I’m a criminal and futurist. Well the charges I’ve caught won’t stand your trial. You can take it out on me.”

We’re next transported to the floor of the warehouse, where Foster and the band confront a large, glowing orb surrounded by ornately-dressed people who seem to be worshiping it like a scene out of Game of Thrones. Walking through a line of people with the band members behind him, Foster proclaims: “We’re in the lions den, consumption is our medicine, And so I’m high again, you can say I’m a true American, Well the sweetest revenge is being set free. But you can’t take it from me, yeah.”

Meanwhile, a group of men in business suits with stacks of paper for heads are seen walking toward the warehouse, then ram their way into the building. Once the Paperheads are inside, the band pours gasoline onto the orb and sets it afire, whereupon the worshipers flee the building while Foster sings “Take me out, take me out in style. If you’re gonna fight me Fight me in style. If you’re gonna hate me Hate me in style. If you’re gonna love me Do it in style. Yeah, just do it in style.” The Paperheads then take bits of ash from the burnt up orb, place it into an ornate silk-lined box, and take it to a dark, red-lit room where there’s a thin and bald man in leather pants chained to the wall next to a chubby Paperhead sitting in a chair, smoking a large joint. They place a spoonful of ash into a chalice and feed it to both men, at which point the video abruptly ends. Could the ash represent truth or something that will enable free thought? Watch the fantastic video and decide for yourself: