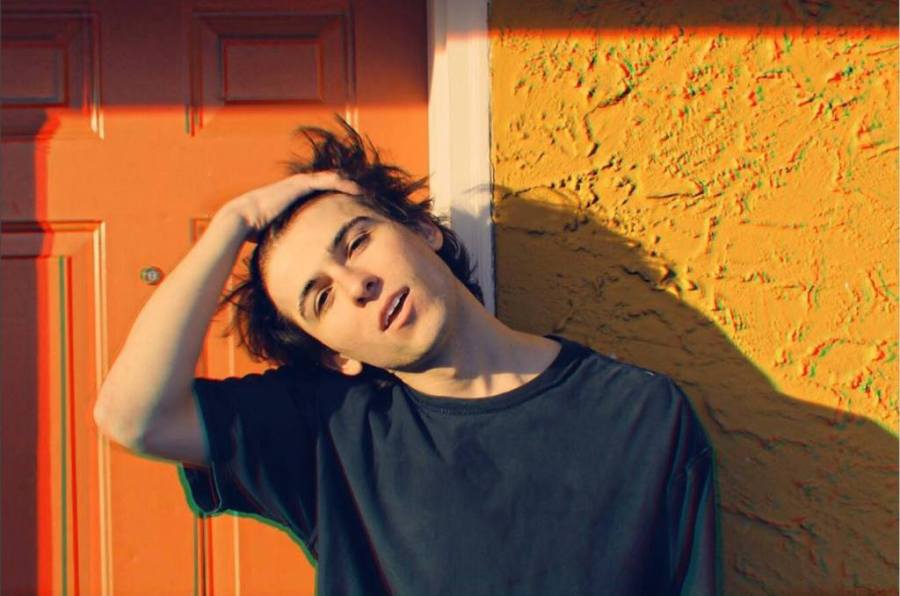 I’ve featured hundreds of artists and bands on this blog over the past three-plus years, and it seems half of them have released new music since the first of the year! Today I’m writing about LOUD HOUND, the music project of Tommy Florio, a talented young singer/songwriter from Ventnor City, New Jersey. The self-described “beachy boi extraordinaire” fuses elements of garage, surf and psych rock to create wonderful songs filled with catchy melodies, honest lyrics and irresistible guitar grooves.

In early 2018, he released his debut single “Fine By Me” – a lo-fi, high-energy, surf rock gem, then followed that May with the outstanding introspective single “Runnin’,” which I reviewed. Now he’s back with a great new single  “Youthful Stranger“, delivering a somewhat moodier dream pop vibe than his two previous singles. It really showcases his skill at writing songs with diverse melodies and instrumentation, and keeping his music sounding fresh.

Starting with a mix of strummed acoustic and jangly electric guitars as the primary drivers, LOUD HOUND adds some distortion, fuzzy bass and low-key percussion to create an intriguing backdrop for his slightly seductive echoed vocals. The music and vocals build as the song progresses, with some nice riffage in the chorus, then slows back down toward the end, with an interesting watery reverb effect on the guitars.

The lyrics seem somewhat ambiguous, but my take is that they speak to depression in a young adult who takes drugs to make it through life, feeling invincible once they take effect: