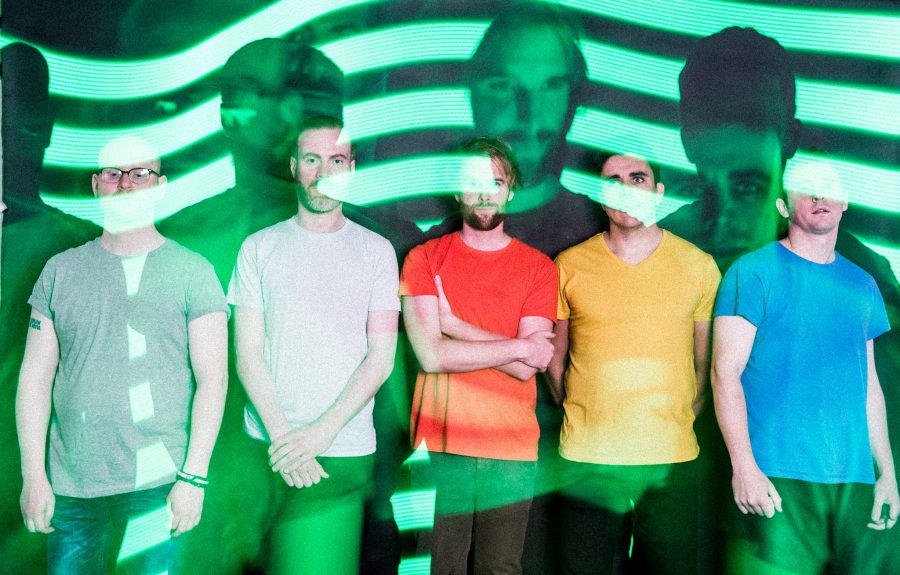 Every now and then we all come across an artist or band whose music instantly touches us in a powerful way.  Fiction Peaks is such a band, and I knew they were something special the very first time I heard their music. Incorporating elements of alternative rock, shoegaze, dream pop and electronica, the Dublin, Ireland five-piece combine beguiling melodies and a cornucopia of instruments to create songs of exceptional beauty and complexity. I featured them on this blog a year ago, then again in March when I reviewed two new songs – “Before the End” and “Jinx,” – which you can read here. Those songs are included on their stunning debut album Citizen, which dropped in late April (and I’m finally reviewing at long last). 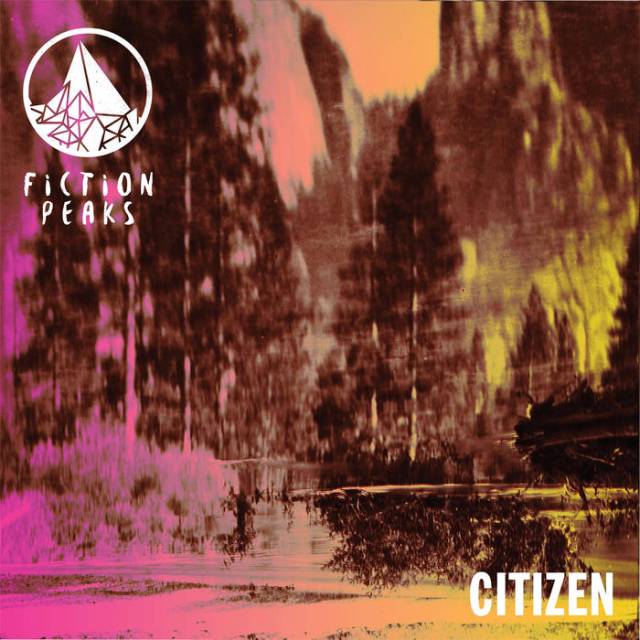 Fiction Peaks is comprised of five remarkable musicians: Joey Doyle (Lead vocals, Guitar, Sampler), Cillian Kenny (Bass, Trumpet), Barry Lyons (Backing Vocals,Synths),  Joáo Francisco (Drums) and Brian Giles (Guitar, Loops).  To say that they’re all masters of their craft is an understatement; their instrumentals are perfection from start to finish, and Doyle’s vocals are sublime. Citizen delivers ten tracks that vary in style and length (from two and a half to over seven minutes), but all feature the band’s exceptional guitar work that’s a primary characteristic of their phenomenal sound.

“Raincheck,” kicks things off with Francisco’s nimble percussion, Giles’ looping guitar and Doyle’s soaring vocals. The layered, multi-textured guitars are fantastic, and Kenny lays down a bass line just heavy enough to keep things grounded. It all builds to a crescendo in the bridge before calming back down, guitars swirling beautifully. The track is nearly six minutes long but feels over in an instant.  The exhilarating, hard-driving “Jinx” arrives on a wave of hammering drums, heavy buzzing bass and frenetic jangly and shredded guitars, proving the guys know how to rock.

And rock they do on the seven minute-long “Shimmer.” The first half of the track offers up awesome crunchy riffs, a mesmerizing bass line, and a head-bobbing drumbeat. At the halfway point, exuberant jangly guitars enter the scene, accompanied by delicate synths, while Doyle sings “The world is yours, this time.” The gentle guitar solo at the outro is wonderful.

As much as I love their rock-oriented songs, it’s on their slower compositions that the beauty of their sound really shines. “Before The End” is a standout and one of my favorites, with a lovely piano movement and Lyons’ warm synths that create an ethereal soundscape. Strings and percussion are added along with acoustic and electric guitars, increasing the song’s power but not diminishing it’s dreamlike quality. The poignant lyrics are beautifully sung by Doyle:

“Before the end, before the credits, before the curtain’s drawn on a worn-out day. You shrugged it off. You rolled with the punches. All torn and battle-scarred as night gave way. /You could have walked, ran for the exits. A testament to strength is why we’re here. You have the words, you are the reason, the reason we stand tall in our finest hour. With nothing ventured, there is nothing gained. Tried teaching me to let go. Your stubborn student, your own flesh and blood. It’s only understanding.”

The provocative and visually powerful video for “Before The End” was directed by local artist Colm Giles (brother of band member Brian).  According to a write up featured on the website Nialler, Giles explained “My take on ‘Before The End’ was to make an artistic observation of the times we are living in. I did this by looking at elements of the Spanish Civil War – showing ordinary people fighting against fascism. With the current subtle rise of the far right, and populist politics, mistakes of the past can be repeated if we don’t all pay attention.”

Another gorgeous track is “Spring’s in Bloom,” with sweeping violins, stunning guitars, gentle percussion and Doyle’s earnest vocals singing the hopeful lyrics about what I’m guessing is a couple awaiting the birth of their first child and trying to make their relationship work out: “We’ll be right, we’ll be fine, until the start of life.”

The band shows its folkish side on the title track “Citizen,” a short song with a languid melody, acoustic guitar and beautiful synths. The xylophone at the end is especially nice. The lyrics speak to escaping the cruel burdens society heaps upon us: “Society chisels at the weakest part of us. The chink in our armour is amusement for the rest. But if I had my way, I’d be leaving here today. From my rear view mirror, I’d bid farewell to the fray.”

As its name suggests, “Synesthesia” is an epic synth-heavy track over seven minutes in length. Starting off with a hypnotic repeating synth beat and Doyle’s earnest vocals, at 2:37 the drumbeat quickens, and with his charming Irish brogue, Doyle speaks the words: “We too are only dust, the same substance. Distance is apparent in a not so perfect world. Where we dreamed of living in space. Floating happily as cosmic debris. / Breaking free of industrial zombieland, and the chain of misery. We will open our ears to the whistling of the wind. / The planet is alive, so reach out to the visionary.” As the song progresses, the drumbeat becomes heavier, now accompanied by more powerful synths, soaring strings and exquisite jangly guitars that continue to the end.

Album closer “Electric Galleria” is a phantasmagoria of luxurious, dreamlike synths that float and soar through the airwaves and into our senses. The track is the perfect ending to a magnificent album that is unquestionably one of the best of 2017.