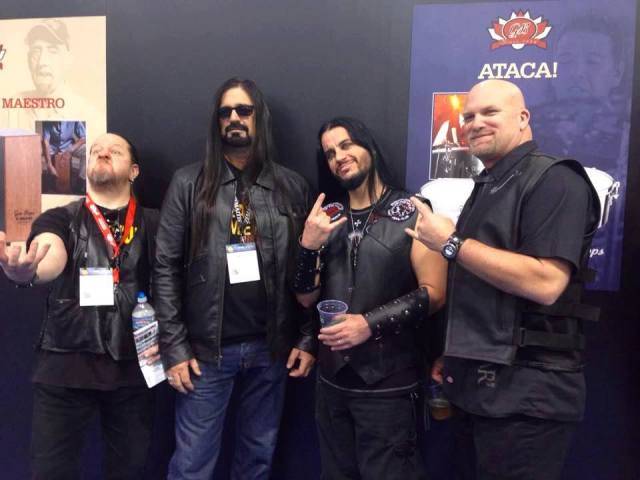 The guys just released a fantastic new single “The Chase” and it’s a three and half minute long full-frontal assault of heavy metal power. Gorke lives up to his nickname ‘Octane’, setting fire with blistering, metallic guitar riffs that shred, snarl and distort from start to finish. This man can play guitar! Baker’s thunderous bass adds incredible heft to the track, while Magrath pounds the hell out of his drum kit, the two of them conspiring to blow out the speakers.

With his gritty, impassioned vocals, Buso practically screams the lyrics that speak to not wasting precious time chasing hopeless causes and living a dishonest existence, instead focusing on what’s real and attainable:

The lyric “Look to the light of the rising sun” may be a metaphor, symbolized by the Shogun warrior battle scenes artfully depicted in the fascinating video.