Let me start off by saying that this review is long overdue, as I’m a huge fan of this talented indie band. I’ve been following Brave You for a while, and am now finally getting around to showcasing them on this blog. Based in Milwaukee, Wisconsin, Brave You is Alex Meylink (guitar, lead vocals), Noah Snyder (bass, backing vocals) and Erik Burtraw (drums, backing vocals). 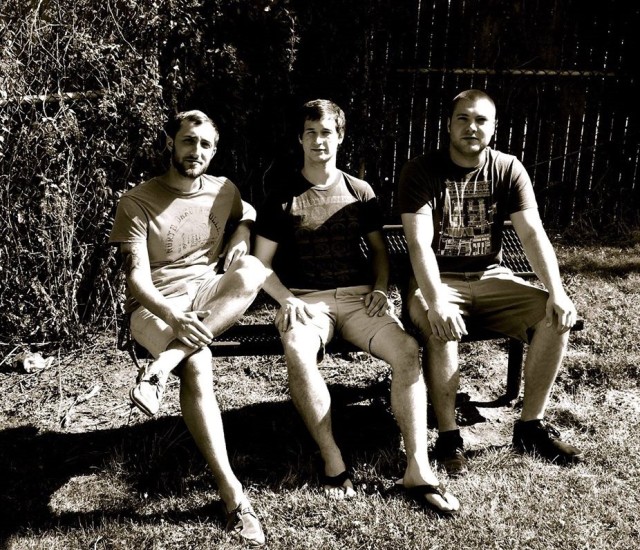 The guys play alternative rock that’s highly melodic, but with an honest, post-grunge sensibility that gives them a distinctive style all their own. Outstanding, complex guitar riffs, Burtraw’s commanding drums, and their solid harmonizing vocals are the defining elements of their sound. And their skillful songwriting is clearly evident in their always compelling lyrics about life, love and relationship troubles. They released their terrific debut Six Songs EP earlier this year, and have been playing numerous venues in and around Milwaukee, which has helped build them a growing base of loyal fans.

The first two tracks on the EP, “Cavalier” and “Here, Here,” are great hard-driving songs with dazzling guitar work and strong percussion. Meylink lays down some scorching riffs over Snyder’s buzzing bass lines, while Burtraw’s thunderous drums and crashing cymbals ramp up the already high energy levels.  The opening riff on “Here, Here” is so good it gives me goosebumps with every listen.

The guys’ impressive musical talents are really showcased on the well-crafted track “Tiny Lives.”  The song’s structure and arrangement are first-rate, and the multi-textured guitar work is phenomenal. Meylink fervently sings about how our individual lives are rather insignificant in the overall scheme of things, but we can still make them meaningful in our own little corner of the world: “We can live our tiny lives. If we want to, if it matters to us. We can live out our tiny lives. We can make something.”

“Suspended” has a bit of a Goo Goo Dolls vibe, as Meylink’s vocals remind me of John Rzeznik on this track. The big difference is the soaring background chorus which the guys excel at. The poignant lyrics address the singer’s admission of his shortcomings, and asking for forgiveness: “These are the most honest words I’ve ever said.  I don’t deserve you, don’t deserve you at all / I always thought I was a better man than all of this.”

A standout track on the EP is the melancholy but beautiful “Vincent.” Once again, the guitars are sublime, and Meylink’s heartfelt vocals convey the feelings of despair and hopelessness expressed in the lyrics: “I want the sleep of the innocent. Wanna close my eyes / There ain’t no truth in this world when I don’t know my daughter’s name, when I don’t recognize her face.” Snyder explained to me that the song is about Meylink’s grandpa’s battle with Alzheimer’s.

The final track “North Avenue” offers up more great guitar, with riffs that go from delicately nimble to snarling. Meylink’s beguiling vocals smolder and soar with the changing intensity of the music, and the guys’ intertwining harmonies are marvelous as always.

To sum up, Six Songs EP is an excellent debut from a young band with a lot of promise. The guys are working on more songs and plan to release a full album in 2017, and I can’t wait to hear it. Follow Brave You on Twitter and Facebook, and subscribe to their YouTube  channel. Follow and stream their music on Soundcloud and Reverbnation, and their EP may be purchased on Bandcamp.