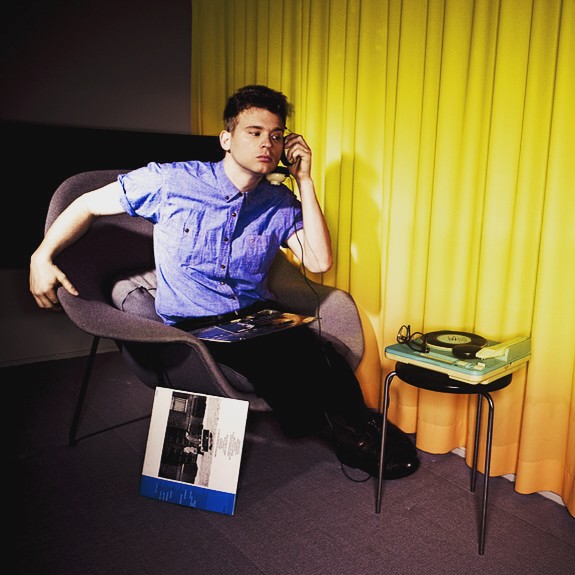 I recently discovered the amazingly talented, quirky-named artist Wons Phreely (his real name is Justin Wonsly).  He has one of the most interesting, unique voices I’ve heard in a long while. The kind of voice that sounds like no one else – a valuable commodity in today’s overcrowded music industry. Phreely draws his musical influences from such disparate artists as Morrissey, Joe Strummer and Buddy Holly, which is why his style is difficult to categorize. He seems to move effortlessly from dance-pop to folk-rock to alt-rock.

The young singer/songwriter started his music career in Sydney, Australia, where he recorded several great upbeat singles, including “The World Has a Bank Account” and “Tonight,” followed by a fairly decent eight-track EP To Begin With… in 2011.  Phreely, along with his new back-up band The Horses, has now dropped a fantastic new single “Stars.”

The song has an interesting backstory. Phreely originally wrote it one night while living in a tiny studio above a bar in the red-light district of Sydney’s Kings Cross.  He penned the lyrics to describe his subconscious longing to make a big life change, but fearful of doing anything about it.  As luck would have it, just a few days after writing the song, he saw an ad for an open call for singers to submit themselves to play the role of young Roy Orbison in a planned biopic feature film. According to his bio information sent to me, Phreely submitted his best song rendition and was soon meeting with the estate of the Orbison family, who were producing the film and would have final say over the casting of the role of their father. Unfortunately, after months of meetings, discussions and auditions, the fate of the proposed film is stuck in limbo. But there’s a silver lining: inspired and invigorated by his new Los Angeles surroundings, Phreely seized the opportunity and decided to further his music career there. In 2015, he assembled a band of accomplished musicians (the lineup of which has changed over time), thereby creating  Wons Phreely + The Horses, who together brought his song “Stars” to fruition.

It’s an incredibly catchy number, with a great hook that immediately grabs hold, forcing you to move with the infectious, 80s retro dance beat. Plucky guitars and sharp percussion add to the fresh synth arrangement, keeping the energy flowing, and Phreely’s smoldering, halting vocals are absolutely captivating.  I had this song on repeat while writing this piece and am now addicted!  It just gets better with each listen. As I noted above, the lyrics speak to his ambivalence about making a life change:

“I went to my neighbor he said why wait another moment later. You wanna find some explanation then you really oughta make your own decision. And if something clouds your vision it’s time to move move move.  Cause there’s too many lights in the city tonight. So I can’t see the stars till the moment has passed.”

I really like the song’s video, in which Phreely sings the song while standing in front of a black background. When he sings the chorus, he wildly gyrates back and forth, this time with varying types of facial hair, and his short hair now long and flowing, perhaps to show the changes he speaks of in the song lyrics.

I like to include extra songs and videos to give a greater perspective of an artist or band’s talent and music style. Here are a couple of performances with session musicians from 2012 at the Skeet Music Studio in Sydney, Australia. In the first, Phreely shows his folk/rock side in the hauntingly beautiful ballad “Manny You’re My Sweetheart.” The song was inspired by Phreely’s former roommate who was transgender.

Here’s a great live performance of the delightful song “Tonight.”

You can follow Wons Phreely on Facebook, Twitter or Instagram and learn more about him on his official website.  Stream his music on Spotify or Soundcloud, and watch his videos on YouTube.  “Stars” may be purchased on iTunes, the Google Play Store, Amazon, and Bandcamp, along with other previously released songs.