From the moment we first hear the sounds of someone sniffing a bottle, dropping ice cubes and pouring liquor into a glass, then taking a swig at the beginning of the opening track on the new album It Is Called by British band The Slytones, we just know we’re in for a good time. And quite frankly, can’t we all use a few more good times right now?!

Influenced by their love of The Doors, Mr. Bungle, Queens Of The Stone Age and Jimi Hendrix, as well as a colorful mix of Motown, psychedelia, gospel, blues, jazz and Afrobeat, the Brighton-based sextet make wildly entertaining music that’s bawdy, irreverent and funny as hell. Their hilarious, tongue-in-cheek lyrics tackle the minefield of love and relationships, and how they have a way of often exploding in our faces. As they so eloquently state in their bio, their sound “encompasses everything from schizophrenic fairground avant-pop and queasy skanking swamp-ska to crunching left-brain hard rock and mad scientist anti-funk.” To top things off, they dress in natty attire with their faces covered in black and white greasepaint, looking like six dapper mimes in their animated and theatrical performances.

Formed as a trio back in 2006, The Slytones eventually expanded to six members: Ashley Edwards (lead vocals/guitar), Bradley Wescott (guitar), Chip Phillips (keyboards, backing vocals), Chris Warren (bass) (though Carl Brothwood played bass on many of the album tracks), Freddie Hills (drums), and Robin O’Keeffe (percussion/backing vocals). They released their debut EP The Psychedelic Sound Of in 2011, then began recording new songs in 2013 for what was to be their first full-length album.

According to band drummer Hills (whose music I’ve previously reviewed both as a solo artist and as a session musician with fellow Brighton artists Ellie Ford and Liemba), The Slytones “spent three years slaving over it meticulously with a lot of love and attention to detail until it was finished around 2016. Despite all of this work, we got a bit fed up of playing the music industry game (and each other) and went on an indefinite hiatus. Now that we all have time on our hands, we decided to finally release it.” I’m glad they did, because it’s the most fun I’ve had listening to a record since last year’s Love at First Sniff by Australian band Thunder Fox. 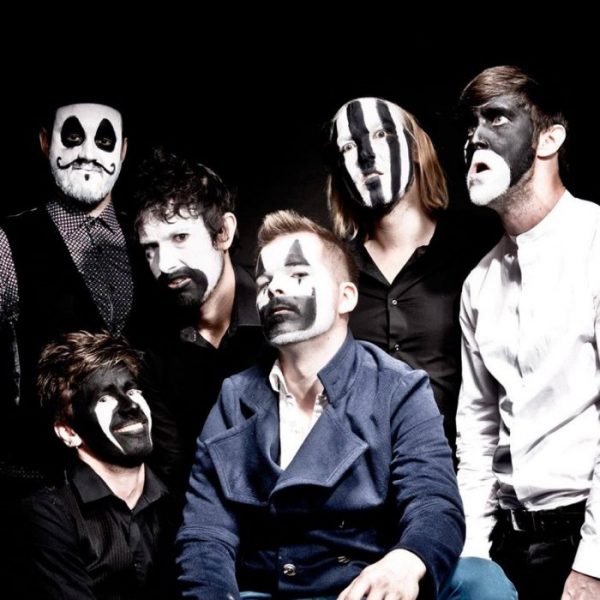 It Is Called was recorded at Ford Lane Studios in West Sussex, under the guidance of Rob Quickenden (Royal Blood, Tigercub, Demob Happy, Fickle Friends), who produced, mixed and mastered the album. Seven years in the making, the album was at last released on May 1st, and features 12 stellar tracks.

Kicking things off is “She Said She Came From the Sea“, which The Slytones first released back in 2015 as a double single with “Time Won’t Wait For Strangers”.  Opening with the aforementioned sound effects of liquor being poured and consumed, it’s the perfect drinking song about what appears to be a vexing mermaid who’s intruding on the singer’s free-wheeling ways. Lead singer Ashley Edwards has a raspy, sardonic and emotive vocal style that’s well-suited for their songs. We fully believe him when he sings “The truth is a stone. My heart is a rock. The women that surround me only long for my cock.” The accompanying video showing the guys performing the song on a pier and in the sea is delightful.

The Slytones are terrific musicians, adept at writing complex, ever-changing melodies and delivering them with an eclectic mix of instruments, sounds and stylistic elements that make for a fun and exciting listen. “Empire” is a great example of this, with a melody that alternates back and forth between a bouncy Latin-funk dance beat and a bluesy, guitar-driven groove that seems to channel the Doors’ “Roadhouse Blues”. In fact, Edwards sounds alarmingly like Jim Morrison when he wails the lyrics “Break down the walls, your empire falls!” The instrumentals are fantastic, especially the bluesy guitars and exuberant horns.

Another favorite of mine is “Sleeping Beauty Blues“, an appropriately bluesy track with everything from glittery synths, funky bass and blues guitars to honky tonk style piano, organ, jazzy drums and even a bit of cowbell for good measure. Then there’s Edwards cheekily crooning the lyrics about his girl not being all that she appears: “I got the sleeping beauty blues. / She sleeps like a beauty, but she snores like a fool.” There’s more musical mayhem to be heard on the rousing “Come Gigolo“, a wonderful tune with a feel similar to “Master of the House” from Les Misérables (at least to my ears). It also has some of the best lyrics: “I’m feeding all the lions to the dogs. As the idiots sleep, we massage their wives. Come gigolo my body ’cause my time is for sale. / Your mother should have slapped you before you were born.” The rousing vocal harmonies in the chorus are marvelous.

The Doors’ influence continues to be felt on many tracks. “Time Don’t Wait For Strangers” is another song with a complex, evolving melody. Opening with a peppy Latin beat, the song transitions after a minute into a languid and beautiful melody, with watery guitars and shimmery keyboards that remind me a bit of “Riders on the Storm”. At around 3:15, the song transitions once again, this time to a more psychedelic vibe with organ and heavier, distorted guitars. “Green Jacket” is a hard-hitting psychedelic and bluesy rocker, with some great fiddle, accompanied by Phillips’ lively keyboards and organ, and O’Keeffe’s gnarly percussive instruments. “The Seed They’d Sewn” has a bluesy vibe similar to “Love Me Two Times”, with lyrics that seem to describe a woman who’s turned out to be the Bad Seed: “She once was an angel, with skin so divine. Now the lizards congregate.. / The seed they’d sewn should not have grown / The sound they found, they should have drowned.”

“Silver Harpoons” is a jazzy, bluesy and psychedelic fantasia. Edwards’ raw vocals are almost feral as he screams “Silver harpoons in the water. Night made to slaughter. Who are you?!” Later in the track, amid eerie synths and distorted riffs, his malevolence is palpable as he snarls: “Where is my goldmine? This corporate clothesline. I’m in a circus full of thieves. You’d kill a whale to feed your tart. I’ll fuck your wife to break your heart.” The infectious honky tonk piano makes a return appearance on the spirited “Shake the Cage“. Edwards and Wescott’s intense, bluesy guitars, Brothwood’s driving bass and Phillips’ piano are fantastic, and Hills does a fine job pounding out the lively rhythm.

“Don’t Leave Me Alone” has a wonderful tango melody, punctuated with flourishes of bluesy, roadhouse-style grooves. On the amusing but dark “King of the Castle“, the band reference nursery rhymes to describe what appears to be a power-mad father. Edwards sounds rather diabolical as he croons “I’m king of the castle / Do you want to grow big and strong like your daddy? / Not by the hair on my chinny chin chin. Well I’ll huff and I’ll puff and I’ll blow your house in.” The song starts off with a jaunty fun-house vibe, complete with ghoulish clown laughter. Edwards repeatedly sings “Come sing, come sing as we’re dancing“, then in the last minute of the track, the music turns darker and downright menacing, with distorted guitars, crashing cymbals and a wailing organ riff.

The guys pull out all the stops on the final track “Pull Your Finger Out“, a complex and meandering 7:52-minute long extravaganza with more melodic change-ups than I believe I’ve ever heard in one song. It starts off with a slow, organ-driven melody punctuated by a bluesy guitar riff, then shifts to a bouncy melody with honky tonk piano, then to a bluesy, guitar-driven vibe, featuring flute and quirky percussive instruments. Various instruments come and go as the tempo continues to change, with even a flourish of gypsy guitar at the halfway point, and later on, a harpsichord. The lyrics are ambiguous to me – and I’m probably way off base – but they seem to describe a vampire’s love life: “We dance in the wretched moonlight. Sing me a wicked lullaby. Like wild men, we scream at the moon. Conscious in mind, but body aloof. Pull your finger out. / I sleep in the day when the moon is away. Wild horses couldn’t drag me away.” Whatever their meaning, it’s a great track.

I love this album and I love this band! It Is Called is 54 minutes of non-stop aural mayhem, and a blast to listen to from start to finish.  The Slytones are all amazing musicians, and I hope the release of this album will give them an impetus to reunite and make more music that brings a smile to our faces.