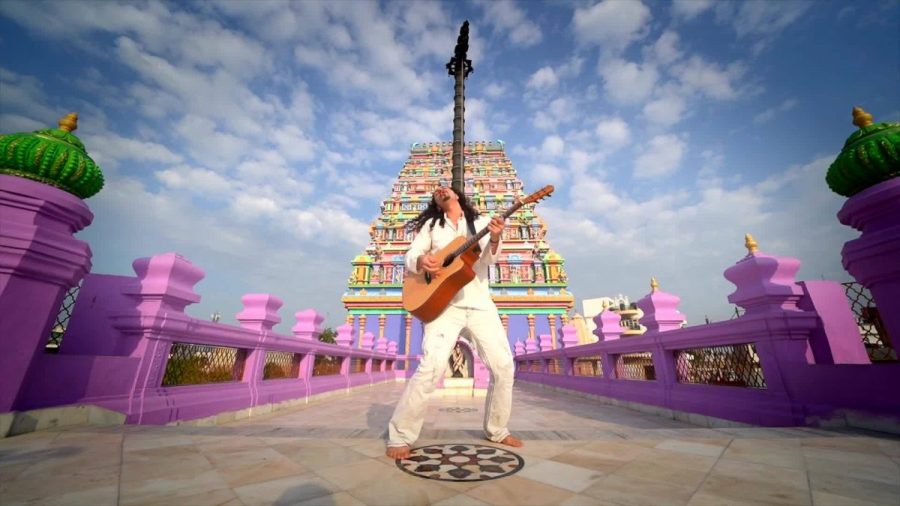 Sami Chohfi is a charismatic and talented singer-songwriter with an international pedigree. Half Brazilian by ancestry, he was born in Sacramento, California, and raised in both Florida and Brazil, before relocating to Seattle in 2001. Since 2008, he’s been front man, lead vocalist and guitarist for alternative rock band Blue Helix, and more recently, has been recording and releasing singles as a solo artist, beginning with “It’s Just Me” in April 2019. His latest single is “Dirty Your Soul“, which along with his two previous singles, will be featured on his forthcoming debut album Extraordinary World, due out later this year. “Dirty Your Soul” is a lovely and uplifting song of hope, which I’ve chosen as my New Song of the Week.

Sami wrote the song while vacationing in Lisbon, Portugal in early 2019. He explains his inspiration for the song” Walking the streets of Lisbon, I heard a street musician playing a beautiful song. In a crowd of people I was the only one who seemed to be listening. This reminded me of how being an artist can be a lonely journey. When we reveal our souls all we want is to connect with others and be accepted. If I could give my younger self advice, I would tell him this: ‘While life might bruise your body and dirty your soul along the way, you should remember to always find hope in yourself and fight for a better tomorrow’.”

The song has a pleasing folk vibe, with strummed acoustic guitar and the faintest of backing synths and percussion. Although not part of the lyrics, at the beginning of the video these words are shown, providing the contextual basis for the song: “Children are born with a pure and innocent spirit. As we go through our journey and face our obstacles, life may dirty your soul.” Sami has a beautiful singing voice with quite a range, as I’ve heard his raw, impassioned rock vocals on some of the Blue Helix songs. But here, his vocals are mostly gentle and comforting as he sings “And if I knew that life would split me in two, maybe I would not have given so much.  Cause it’ll dirty your soul, It’ll dirty your soul.”

The delightful and colorful video was filmed in various locations in India over a period of 10 days during Holi Festival, an annual festival marking the arrival of spring, and a time of forgiveness, renewed friendship and the triumph of good over evil. The video was directed by Alexandre Suplicy, and shows Sami performing the song with his guitar in various locations, including the majestic New Rangji Mandir temple in Vrindavan, the colorful Patrika Gate in Jaipur, and the Old Delhi Spice Market, where he’s in a cart being pulled by a man on a bicycle. Some particularly sweet scenes are of Sami sitting and playing his guitar surrounded by Indian children, who throw bowlfuls of colored powder on him. Throwing of colored powder is a tradition of Holi celebration, which is often referred to as the ‘holiday of color’. Besides English, the video is also available in Portuguese and Hindi.