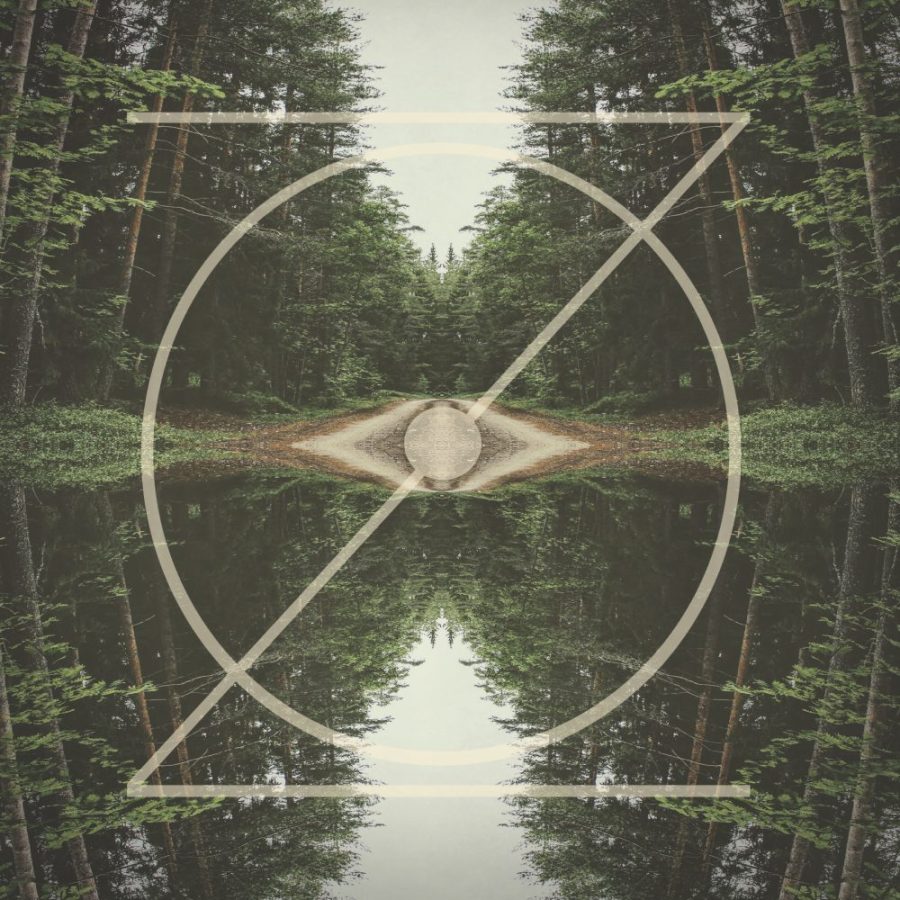 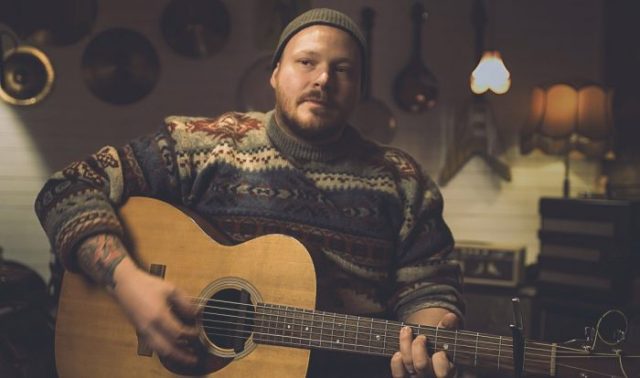 I recently learned about Swedish alternative folk artist A Choir of Ghosts when his label Greywood Records reached out to me about his debut album An Ounce of Gold. I receive a lot of music submissions – far more than I can possibly write about – but this one stood out from the pack, as it’s an exquisite work deserving of attention. A Choir of Ghosts is the musical alter-ego of British-born but now Sweden-based singer-songwriter James Auger, who along with an ever- changing cast of collaborators creates beautiful songs drawing from folk, Americana, and pop-rock influences.

He’s released a number of singles, beginning in 2016 with the beautiful “Ester”, then followed up a year later with “Morning Light”, which has been streamed more than 1.3 million times on Spotify. Both songs were featured on his 2018 release Woods EP.  Now he returns with An Ounce of Gold, which dropped April 3rd. The album features 11 tracks, all of them outstanding. James wrote and performed all the songs on the album, which he co-produced with Canadian producer Terry Benn. The songs were inspired by his own life experiences, with lyrics touching on his personal journey of trying to find his place in the world. He describes the album as a kind of diary of the experiences and feelings he’s gone through that served to shape his character.

The album opens with “Intro“, a haunting instrumental that slowly builds into a beautiful cinematic soundscape, and provides a fitting introduction for the gorgeous “Sinner In Rapture“. With James’ lovely strummed guitar as a foundation, beautiful sweeping synths and percussion are added to form a breathtaking wall of sound. His earnest vocals are clear and strong, soaring with such intensity in the choruses they give me goosebumps. He states that the song “is about the way all young people are set up to fail with the way society is built and how I didn’t want to be part of that capitalist machine. This song is the end of the world, the end of everything we know.”

“Outside the Window” is a pleasing folk song that seems to be about recognizing the power of home and growing old with someone who makes life worth living. The track features lovely guest vocals by Lisa Eriksson, whose voice harmonizes beautifully with James’. She also played organ on the track, while bass was played by Jonatan Nordström and drums by Erik Edlund. “The Days Fade Quicker” is a poignant folk tune, with pleasing strummed acoustic guitar and gentle backing instruments. The lyrics speak of a man who’s ready to give up on life: “Cause there’s only so many days, until a man finally breaks, and a man finally takes, and a man finally shakes free.”

One of the standouts among many is the title track “An Ounce of Gold“. I’m sounding like a broken record, but yet again I have to say that it’s another beautiful song, and James’ vocals are really sublime. It has a catchy melody, with a charming Irish folk vibe thanks to the lovely violins and fiddle, yet the lyrics are rather bittersweet: “Cause I push and I pull, but I can’t keep a hold of these things in my heart and that ounce of gold. I lost my own way and I can’t find a home.” James provided a bit of background about the lyrics on his Facebook page: “Before I moved to Sweden and started A Choir of Ghosts, I had a band in England called James & The Natives. It was during this period that I wrote “An Ounce of Gold”. I was in quite a new relationship and made the usual mistake I think we all have; I abandoned my friends. I figured my time was much better spent watching films and eating way too much. And obviously, I was young, so after a while everything collapsed with that relationship and I went back to my friends as if it was yesterday that I’d seen them last.”

The lead single released in advance of the album was “Southwest of The Moon” a gentle, deeply moving song that James wrote “as a letter of apology, both to himself to be stronger and asking forgiveness for the people he have hurt.” The lyrics “You’re gone, lonely and free, you said goodbye without saying a word. I’ll be quiet, hoping that you will say ‘come home‘” really tear at the heartstrings.

James keeps delivering more beautiful, heartfelt tunes, touching on the hopeful feeling of soon reuniting with a loved one on “Driving Home“, of falling into water as a metaphor for growing up and facing the sometimes cold, hard realities of life on “The Water“, and his own shortcomings that come from being “Human“. Another favorite track of mine is “Better Off Alone“, a haunting duet between James and an unnamed female vocalist that sounds like a song that could have been sung by Icelandic group Of Monsters and Men. James’ layered guitar work is marvelous, and the track’s arrangement and production are superb.

The closing track “The Taste of Smoke” is a lovely folk ballad, with strummed acoustic guitar and delicate background synths. The lyrics are somewhat ambiguous to me, but seem they could be interpreted to be spoken to god, a loved one, or even to oneself in an attempt to find inner strength: “But keep in mind that I am not the same as I was before. When I fold away another page, we’ll break through this storm.” In any case, it’s a fitting conclusion to a truly wonderful album. As I stated at the beginning of this review, An Ounce of Gold is exquisite. It’s a stunning and expertly-crafted work of musical art that A Choir of Ghosts should be quite proud of.

The first few tour dates have been canceled in response to the COVID-19 outbreak, but A Choir of Ghosts hopes to play the following dates: