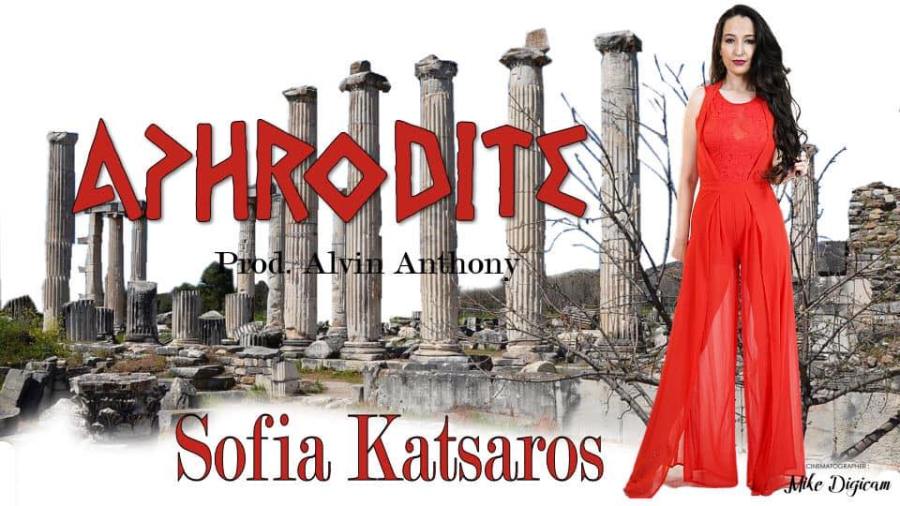 Sofia Katsaros is a lovely and engaging singer-songwriter based in Athens, Greece. This past April I featured her sultry dance single “Perfect”, a collaboration she did with Italian composer and producer Chris Keya. Now she returns with a new single “Aphrodite,” an infectious dance pop song that’s both entertaining and life-affirming, with a positive message of female empowerment. For this song, she teamed up with the renowned New York-based producer Alvin Anthony, who produced her 2019 single “With You Here Tonight”. Together, they co-wrote the music and lyrics, and Anthony produced, arranged, mixed and mastered the track.

Acknowledging the myriad difficult times we’re all currently going through in this world, Katasaros and Anthony wanted the song to convey the following message:

“Aphrodite, goddess of erotic love and beauty, was one of the ancient Greek gods of Olympus. Love and desire were her powers, and she had a special belt that could enchant anyone to fall in love with the person wearing it. Like Aphrodite, all women are also powerful and should not settle for less than what they deserve, or become victims to abusive relationships. Our goal is to help all women understand they have an inner goddess Aphrodite that they carry inside them. It’s time to unleash your special powers and say NO to a partner that does not respect or treasure you, and say YES to a partner that knows your extraordinary worth and value, and who will treat you like the goddess you really are. Know your own worth and own your inner goddess of beauty, desire and love. Love yourself and let your inner goddess Aphrodite give you the relationship that you deserve.”

Starting with a sensual house-style dance beat that aims straight for the hips, Anthony layers sparkling techno synths, creating an exotic vibe that’s the ideal backdrop for Katsaros’ vibrant vocals as she channels Aphrodite. With an air of cool defiance in her voice, she gives a man who disrespected and tried to control her the kiss off.

Listen up carefully; Show you just how I feel,
You tried to capture me, And tried my heart to steal.
Don’t try and tie me down, And don’t lock me in a cage!
I am a lioness… And I will roar in rage.
‘Cause I’m no match for you I’m wild and mighty
I’m Aphrodite

Loving, the likes of you ain’t worth it no more,
Living, a lie I just can’t bear it no more
I’m fire, I’m much too hot for you to feel
I’m gone, I won’t be there for you babe.

Need someone passionate to show me just how they feel
Need him to capture me and try my heart to steal
Can’t wait to light his fire and be with him all day
I’ll be the spark that ignites his most eternal flame
‘Cause I’m no match for you I’m wild and mighty,
I’m Aphrodite

Katsaros is an active member of the charity LA FAMIGLIA RADIO – CHARITY WEB RADIO LA FAMIGLIA PAIDI. The charity buys food with donations and money they receive from sponsors, and distribute the food to families in need. All proceeds from sales of “Aphrodite” will be donated to the charity in order to help them continue their wonderful work of supporting those less fortunate, in their time of need.

A growing trend in music today is the collaboration between artists located hundreds or thousands of miles apart, made possible by the internet and technological advances in music production. I’ve recently featured a few such collaborations, and my latest is the new dance single “Perfect” by the lovely Greek singer-songwriter Sofia Katsaros and Italian musician and producer Chris Keya. Sofia recorded her vocals along with studio instruments in Athens, and Chris produced, mixed and mastered the track at his studio in Rome. He also created an alternative Tech House remix, which I’ve included below.

Born in New York to Greek and Colombian parents, Sofia discovered her love for music at an early age. She relocated with her family to Corinth, Greece at the age of ten, then moved to Athens when she turned 18, and earned a degree at the American College of Greece. She speaks six languages: Greek, English, Spanish, French, Italian and Arabic! She also studied classical and modern song, dance and theater, and started her career in Athens as a professional singer and show woman. She’s collaborated and performed with many famous artists all over the world. In 2016, she returned to New York to further pursue some of her career goals, and while there, she recorded the sultry EDM single “With You Here Tonight” with American producer Alvin Anthony, which was released in July 2018.

She returned to Athens in the summer of 2018, and has written the music and lyrics for six new songs that are being recorded with four different producers from four different countries. The first of these is her collaboration “Perfect” with Italian producer Chris Keya (aka Christian Caruso), which dropped April 9th. Based in Rome, Chris started out as a rock and metal guitarist, but later became fascinated by electronic music and turned to producing music as both a solo artist and for other artists. His sound is a mix of various genres including Techno & House with some Electro touches. He’s a prolific artist, putting out a great deal of music over the past couple of years. A lot of it’s really good, so check it out on one of the music links at the bottom of this review. 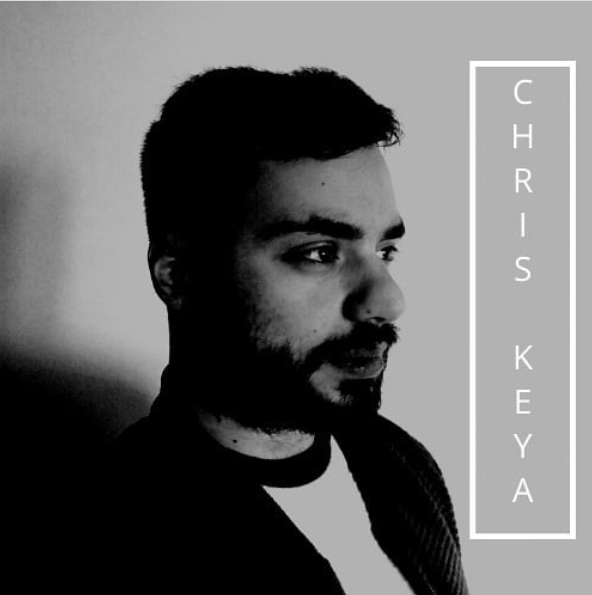 About “Perfect”, Sofia explains “It’s a fun dance song that speaks about the concept of true love, and how when love is pure, it protects us from all evil.” She wanted to write a song to cheer people up during these troubling times of killer viruses and widespread political and economic unrest. The track has a sexy Deep House beat, with glossy atmospheric synths and warm keyboards that are quite marvelous. Sofia has a vibrant and soulful vocal style that’s slightly reminiscent of Taylor Dayne, a singer I really love. The single’s aptly-titled, cause it’s perfect.

In the Tech Edit version, Sofia’s vocals are more sultry and smoky, and remind me of Christina Aguilera. Chris employs strong Deep House beats, but this time uses more industrial tech-sounding synths, and adds electronically altered vocals along with Sofia’s that create great dramatic tension that’s sure to make it a big hit in the dance clubs – if and when we’ll be able to return to them!

The lyrics speak to the strength of enduring love, that no matter what problems may come or mistakes her loved one makes, she will always continue to love and support them: