All Taken is an alternative hard rock band based in Los Angeles. Formed in 2015 as a duo by long-time friends Daniel Daghlarian (guitar, lead vocals) and Avo Karapetyan (drums, backing vocals), they released their debut single “Burning Red” a year later. In March 2017 they followed up with their EP Accept This, which I reviewed, then later that year, David Eye joined the band as bassist. They released a fantastic head-banging single “Smells Like Mistakes,” in summer 2018, which I also reviewed, and on October 25th, just in time for Halloween, they dropped their latest single “Monsters Anoynymous“.

The hard-hitting song opens with fuzz-coated gnarly guitars, then explodes into a frantic barrage of hard-driving rhythms, anchored by a David’s deep, humming bass line and Avo’s muscular pounding drumbeats. Daniel lays down kickass scorching riffs that cover me with goosebumps while he fervently sings the colorful, horror-themed lyrics that speak to a loss of identity and self-worth – of feeling anonymous and invisible. It’s a great song, and I think All Taken continues to get better and better with each release.

Hey guys, I’m a zombie, been undead for weeks
My flesh is rotted and green
I crave brains and spleen
Just check out what happened last week

In the dark of the night , tryin to grab a bite
spot a meat bag looking so fine
I lunge at her and she screams
Oh my gawd are you from that zombie show? 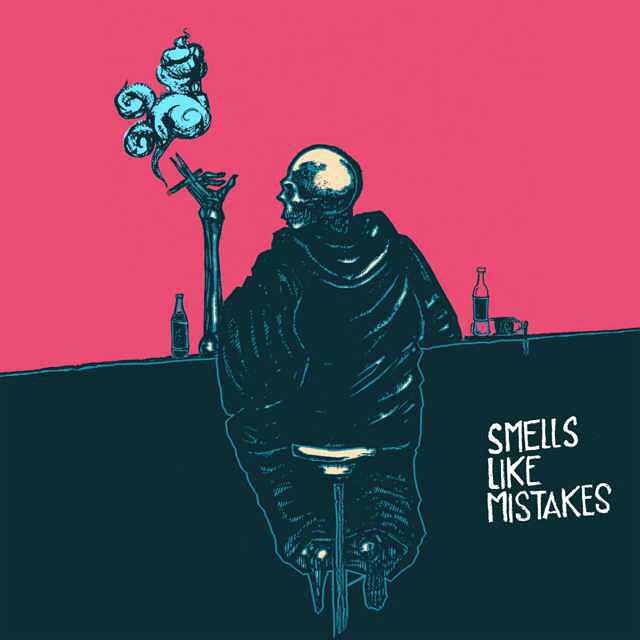 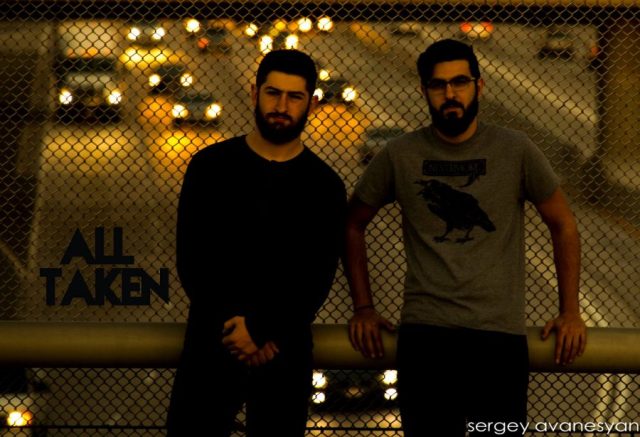 All Taken is an alternative rock band based in Los Angeles. Formed in 2015 as a duo by long-time friends Daniel Daghlarian and Avo Karapetyan, All Taken melds electronic and hard rock, along with a bit of 90s grunge, to create their dynamic alt-rock sound. Daniel plays guitar and sings lead vocals, and Avo pounds the drums and sings backup.

They released a strong debut single “Burning Red” in 2016, and followed up in March 2017 with their EP Accept This, which I reviewed. They’ve just dropped a hard-driving new single “Smells Like Mistakes,” and they sound better than ever. (They also recently hired a new bass player after the song was recorded, but he will play on all future tracks.)

The track opens strong with an explosion of gnarly, stabbing guitar riffs that rip through the airwaves, aided and abetted by heavy crushing bass and pounding drums. At the chorus, Daniel lets loose with a blistering guitar solo while Avo hammers out a powerful military beat on his drums and furiously crashes the cymbals. You give me chills guys!

Daniel’s vocals sound great as he passionately wails the lyrics about a man dissipated from a self-destructive life lived hard: “It wasn’t what he said. It was those tired eyes. Cigarettes dangling from lips dried up from whiskey sips. The twists and turns that life may take. You’re just a man who smells like mistakes.”

Although a short track, clocking in at only 2:39 minutes, it’s a real head-banger, so crank up the volume and rock the hell out! And what about that awesome artwork!

All Taken is a two-piece alternative rock band based in Los Angeles. Comprised of long-time friends Daniel Daghlarian and Avo Karapetyan, the duo formed in late 2015 and released a strong debut single “Burning Red” in 2016. The guys have now followed up with Accept This, a five-track EP which dropped on March 18, 2017.

All Taken meld electronic and hard rock components, along with a bit of 90s grunge, to create their infectious alt-rock sound. Daniel plays guitar and sings lead vocals, and Avo pounds the drums and sings backup. Listening to Accept This, the thing that stands out the most for me is their exceptional musicianship. Daniel lays down some fine, nimble guitar work, and Avo’s drums are right on point. Also, the guys have written melodies that are both compelling and overflowing with irresistible hooks.

“House of Wolves” kicks off the EP with some really terrific riffs, set to a catchy, start-and-stop beat put down by Avo’s hammering drums and a generous dose of crashing cymbals. The song seems to be about having a nightmare: “The house of wolves, they call your name. They’re baring their fangs at you.”  The great second track “Hollow” opens with a nice strummed guitar, then aggressive shredded guitars and strong percussion take over. The song’s melodic beat at times reminds me of “No One Knows” by Queens of the Stone Age.  The song’s lyrics speak of someone who’s a shell of their former self: “Remember me for who I was. Not as I am – Hollow.”

“Rather Not” has a mellow, almost acoustic vibe (albeit done with gentle electric guitar) until, at the bridge, Daniel unleashes an awesome blistering guitar solo before the slow acoustic vibe returns to close out the song. The change-up creates tension that fits the lyrics: “Shadows in an empty room Why would you leave so soon? Do you feel uneasy? My vision is hazy.”

“Secret” is loaded with hooks and more awesome guitar work, and the guys harmonize especially well on this track. The song’s about not being able to escape the person you really are: “Running from your secrets, whisper words they are the sweetest. The words you confessed are now regrets. You can run, you can hide, but you can’t change what’s inside.” The final track “Restless Nights” has a bit of a psychedelic feel, courtesy of the slow, distorted guitar that’s overlain by shredded riffs, buzzing bass and muscular drums.

All Taken have produced a very good debut EP that showcases their solid songwriting and impressive music skills. Check it out here.

Purchase Accept This on iTunes and Bandcamp